Regarding the quantile regression via optimization approach

The quantile regression is defined through the optimization approach. But I am not clear how does the function of $\rho_{\tau}(u)$ related to the $\tau$-th quantile. Or in other words, how to derive the equation of the $\tau$-th sample quantile $=argmin \sum\rho_{\tau}$ 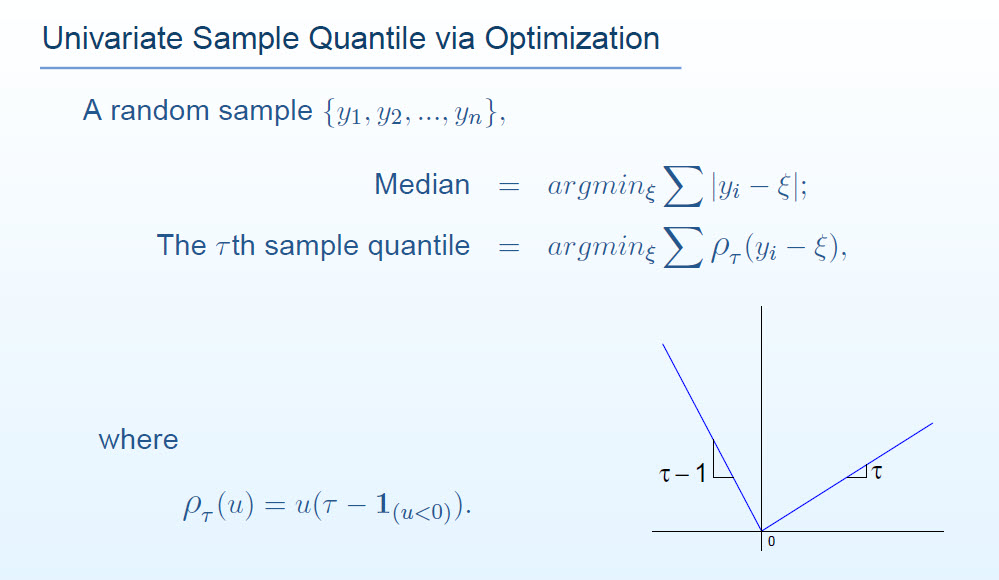 Not the answer you're looking for? Browse other questions tagged regression mathematical-statistics quantile-regression or ask your own question.