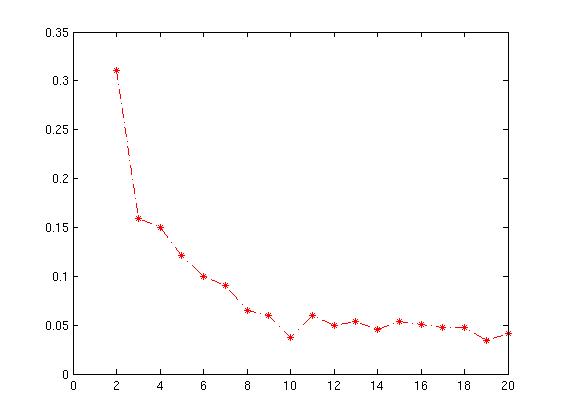 data-visualization clustering matlab
Share
Improve this question
edited May 9, 2011 at 6:43 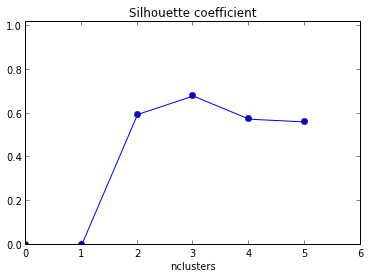 88
How to tell if data is "clustered" enough for clustering algorithms to produce meaningful results?
14
Visualization software for clustering
13
How can I test whether my clustering of binary data is significant
3
Comparing clustering of sequences in datasets with different N?
1
Gap statistics MATLAB implementation
0
Visualize Analysis of clustering after pca

3
Ascertaining what clustering algorithm to use in various situations
2
Interpret the visualization of k-mean clusters
4
Interpreting silhouette coefficeint for clara function in R
3
X-means algorithm and BIC
9
Was it as valid to perform k-means on a distance matrix as on data matrix (text mining data)?
4
Decide right number of clusters when clustering high-dimensional sparse binary data
2
Interpretation of Cluster Distortion on Normalized data
0
How can one compute the "average" of a dataset of histograms that minimizes the mean Earth Mover's Distance between all data points and average?