Can we use a coefficient of variation as a statistic for testing homogeneity of variance?

There are well-known HOV tests, for example Levene's, Brown-Forsythe's, Bartlett's available in SAS and R.

But $C_v$ also deals with dispersion, can we use it to understand the degree of HOV?

The coefficient of variation is the standard deviation divided by the mean.

But Cv also deals with dispersion, can we use it to understand the degree of HOV?

If by dispersion, you mean 'standard deviation' or 'variance', then not unless you fix the mean at a constant: then changes is coefficient of variation would reflect changes in spread (and so changes in variance). 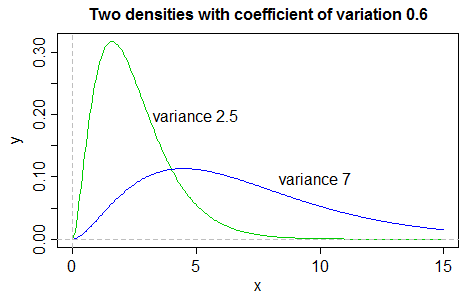 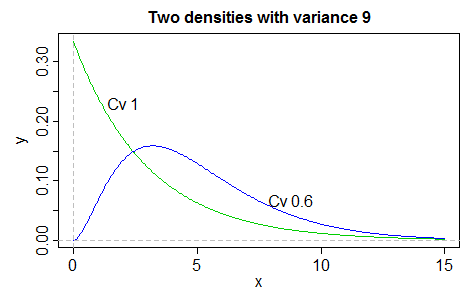 Again, it depends on what you mean by 'dispersion'. As indicated in case 2. above, they might have identical spread and still differ in coefficient of variation, so if you mean 'different standard deviation' (or different variance), then no.

If instead you define 'dispersion' in terms of CV, then clearly you can say that, yes.

But it cannot be used to indicate HOV, as usually defined.

Not the answer you're looking for? Browse other questions tagged r sas heteroscedasticity coefficient-of-variation or ask your own question.

1
Coefficient of variation for % increase