assuming your data are in a data.frame called dt, you can turn it into a table object using xtabs

You can get a three dimensional table by adding Eco_region3 to the end of the formula, but then the correspondence analysis would fail because of the nested structure of your data.

You can perform correspondence analysis with the ca function from the ca package.

This is an old question, but here are my two cents.

You can preform a Multiple Correspondance Analysis on this data rather easily. MCA is based on calculating a burt table on the qualitative variables and weighting them by the frequencies. A package in ade4 will do this for you automatically, but it's simple to reproduce.

Granted, with MCA, visualization and interpretation become more complicated. There are three functions within the ade4 package that help to interpret the results. 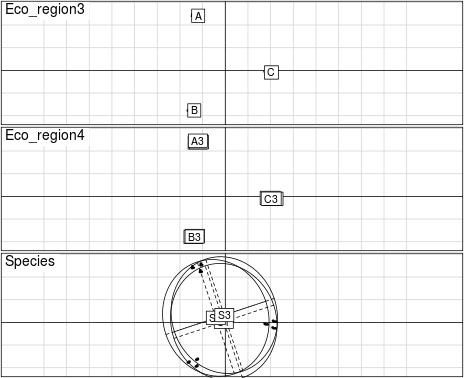 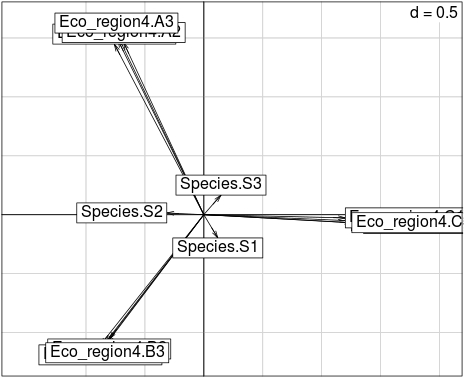 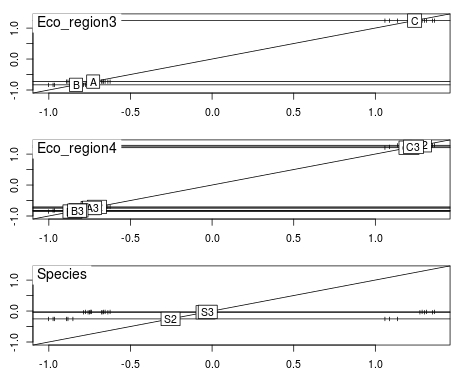 Not the answer you're looking for? Browse other questions tagged r contingency-tables correspondence-analysis or ask your own question.