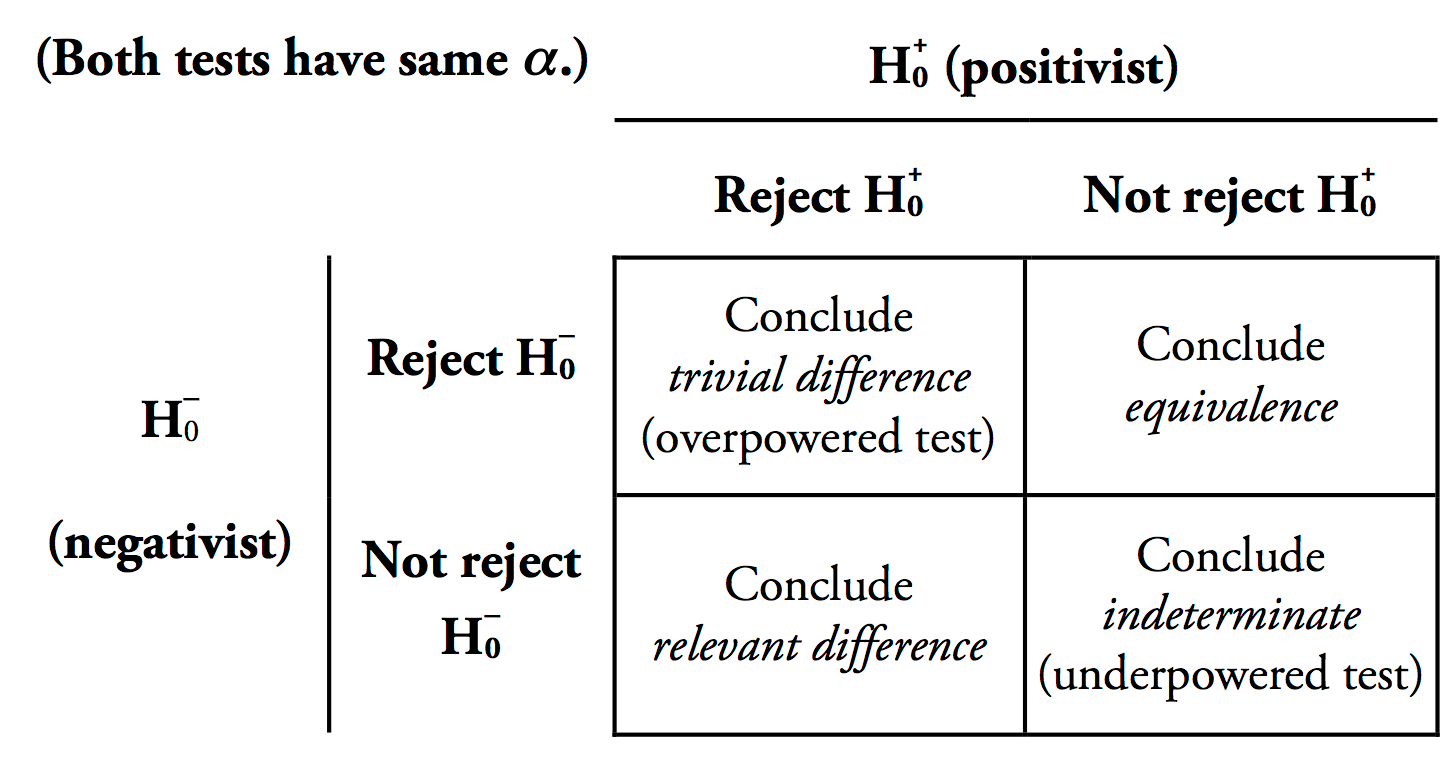 Nobody seems to have noted that with good experimental design, sample sizes should be chosen to reflect a meaningful difference under H1 (ie as large as needed but no larger). The problem of rejecting H0 because of a huge sample and a trivial difference is thus avoided.

4
How can I reduce a very large sample size for statistical significance (sampling methods)?
64
If we fail to reject the null hypothesis in a large study, isn't it evidence for the null?
69
What is a good, convincing example in which p-values are useful?
28
Why are hypothesis tests still used when we have the bootstrap and central limit theorem?
37
Is p-value essentially useless and dangerous to use?
13
Are effect sizes really superior to p-values?
32
How should an individual researcher think about the false discovery rate?
17
Acceptance of null hypothesis
9
How do you know if an insignificant P value is because of chance error or because the sample size of the data is too small?
38
Should we address multiple comparisons adjustments when using confidence intervals?
See more linked questions