Is it Poisson distributed, and if so, what's its meaning?

I've collected data from my website. The website is about cars. The data are about user reviews and the cars. what we see in the graphs is the probability of some car type (Ford Focus 2008) to have X reviews.

The interesting thing is that when I limit the types of cars to a certain % of the cars population, the distribution looks like the Poisson distribution. To be clear about it:
100% of cars on roads are made of 850 car types (Israel)
99% of cars are only made of 360 car types
95% are 256, and so on.

These are the relevant graphs: 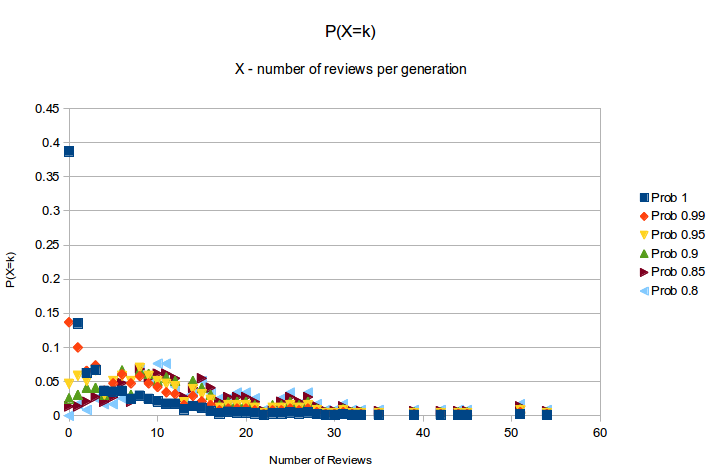 You can see the at 80% it looks like Normal Distribution, as expected from high values of Poisson. 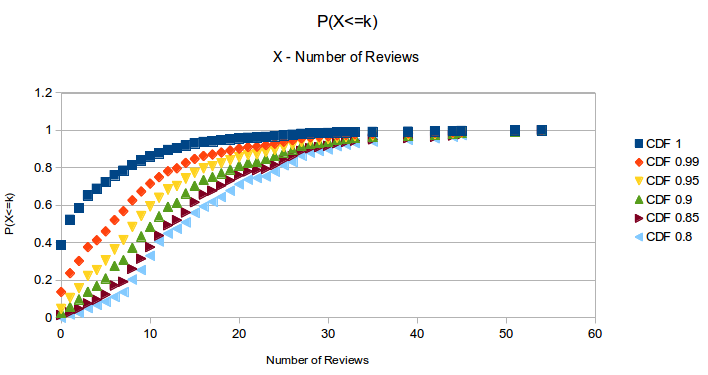 It looks exactly like the behavior of the Poisson distribution. Why is it, and what is the meaning of lambda (the distribution parameter) here?

Poisson distributions are typically used to describe count data, & theoretically it makes sense that visits/reviews like this would assume a Poisson distribution (unless you have a reason that visits would assume some other kind of distribution - e.g. a release of the new Ford Focus, & then a recall later in the year which spurs a new batch of (likely negative) reviews). If you're doing modeling for predictors of your web traffic, Poisson is a good distribution to test (vs. linear regression, which will give negative values & wouldn't be necessarily meaningful). Distribution fitting with real world data usually isn't straightforward,& frequently open to some interpretation. Your data appear to resemble a Poisson distribution, based on a visual glance alone... but please see this answer below which has specific tests as well as R code for testing whether your distribution is actually Poisson: How can I test if given samples are taken from a Poisson distribution?.

The lambda function is the probability of a certain number of events occurring at a given period. You can also back-calculate to get the time it would take X number of events to occur. Here's a more eloquent summary w/ examples: https://math.stackexchange.com/questions/339771/lambda-value-of-poisson-distribution

Not the answer you're looking for? Browse other questions tagged normal-distribution poisson-distribution descriptive-statistics or ask your own question.

44
How can I test if given samples are taken from a Poisson distribution?
50
Is there a test to determine whether GLM overdispersion is significant?