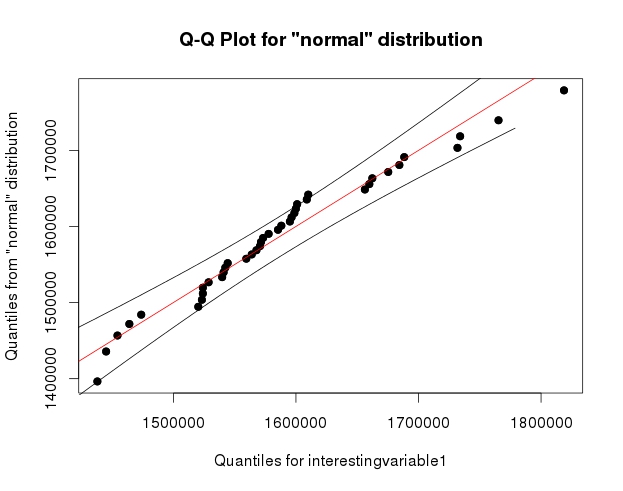 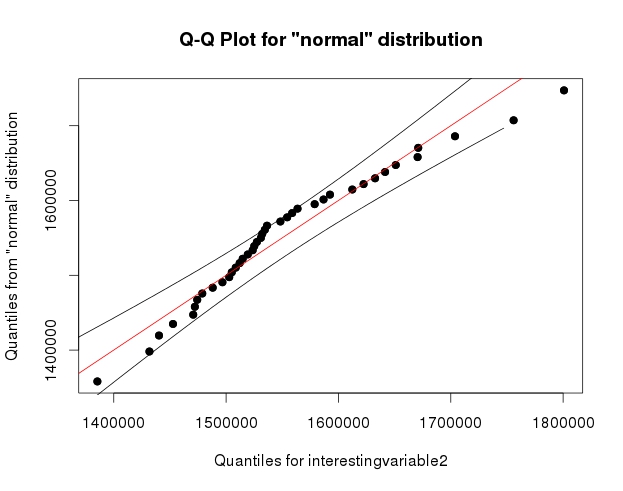 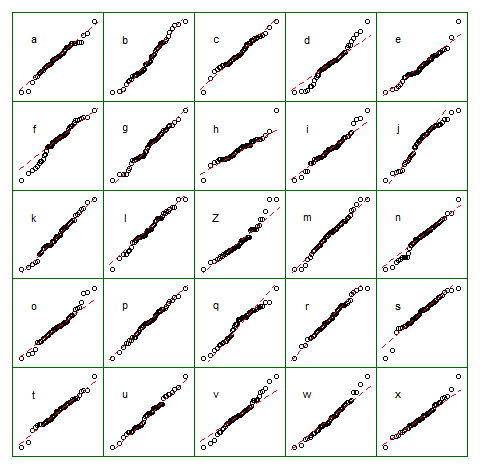 [Edit: I just conducted a random poll --- well, I asked my daughter, but at a fairly random time -- and her choice for the least like a straight line was "d". So 100% of those surveyed thought "d" was the most-odd one.]

(I've been making sets of plots like this since the mid-80s at least. How can you interpret plots if you are unfamiliar with how they behave when the assumptions hold --- and when they don't?)

Edit: I mentioned this issue in my second paragraph but I want to emphasize the point again, in case it gets forgotten along the way. What usually matters is not whether you can tell something is not-actually-normal (whether by formal test or by looking at a plot) but rather how much it matters for what you would be using that model to do: How sensitive are the properties you care about to the amount and manner of lack of fit you might have between your model and the actual population?

The answer to the question "is the population I'm sampling actually normally distributed" is, essentially always, "no" (you don't need a test or a plot for that), but the question is rather "how much does it matter?". If the answer is "not much at all", the fact that the assumption is false is of little practical consequence. A plot can help some since it at least shows you something of the 'amount and manner' of deviation between the sample and the distributional model, so it's a starting point for considering whether it would matter. However, whether it does depends on the properties of what you are doing (consider a t-test vs a test of variance for example; the t-test can in general tolerate much more substantial deviations from the assumptions that are made in its derivation than an F-ratio test of equality variances can). 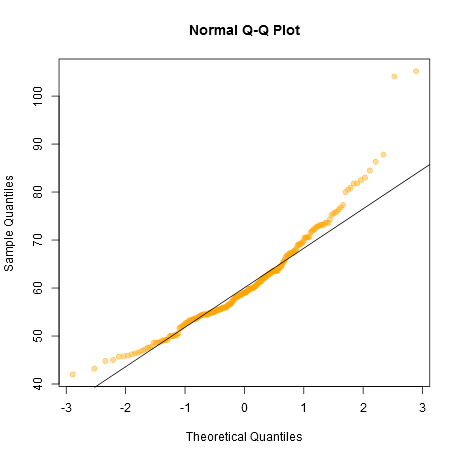 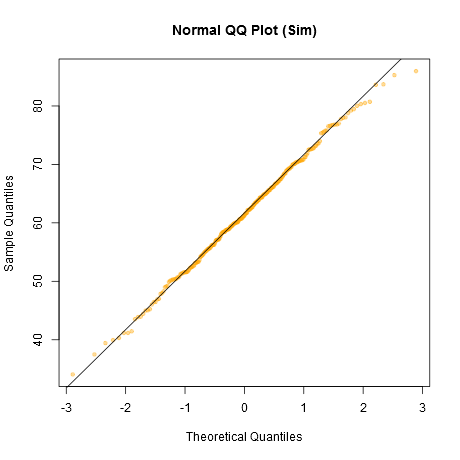 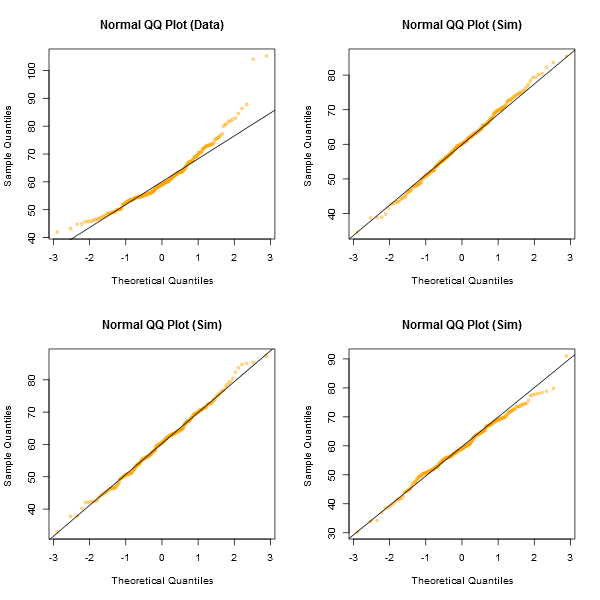 3
How can I visually determine the normality of interval data through a Q-Q Plot?
1
What does this QQplot tell us?
1
Interpretation of qq plot and normality
1
Fail normality test but the qqplot is a straight line
224
How to interpret a QQ plot
39
What is the relationship between $Y$ and $X$ in this plot?
14
How to draw fitted graph and actual graph of gamma distribution in one plot?
9
Formal definition of the qqline used in a Q-Q plot
9
Source for inter-ocular trauma test for significance
2
Not convinced about normality based on QQ plot, Shapiro and KS $p <0.001$
See more linked questions

5
Disagreement between normality tests and histogram graphs
30
How incorrect is a regression model when assumptions are not met?
2
Accept null hypothesis with uncertainty
5
Is there a way to correct for continuity for the Shapiro-Wilk test?
0
What is the best way to assess normality in a large dataset?
0
Non-normal data, non-parametric tests for normality, and determination of statistical parameters
1
qqplot result and normality for ANOVA