Binomial random variable conditional on another one

On the Wikipedia page for the Binomial distribution, the following property is mentioned (under the related distribution section): (paraphrased)

There is no citation for this particular property. I have tried to prove it, but to no avail. I wrote the following R code to get a sense of the veracity of the claim.

The two histograms generated are shown below: (The simulated pmf) 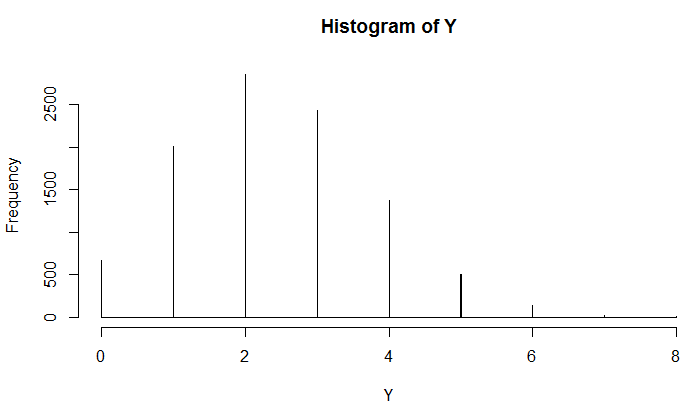 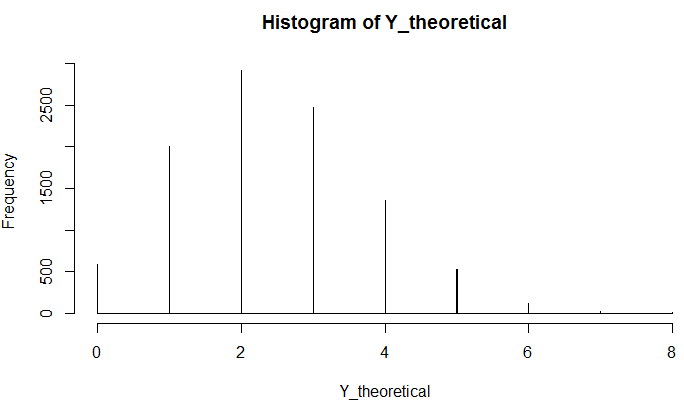 Both seem identical for the choice of $p$ and $q$.

Can a proof of this claim be provided?

Looking at the same thing in two different but equivalent ways offers insight.

A Binomial$(n,p)$ variable is the sum of $n$ independent Bernoulli$(p)$ variables. A Bernoulli variable works exactly like drawing one ticket from a box in which all tickets have either a $0$ or $1$ written on them; the proportion of the latter is $p$.

To say that $X=x$ means that $n$ such tickets were drawn from such an "$X$ box" (with replacement each time) and $x$ of them had a $1$ on it. To say that $Y$ has a Binomial$(X,q)$ distribution amounts to performing a second follow-on experiment in which $x$ draws (with replacement) are made from a separate box, the "$Y$ box," in which the proportion of tickets with $1$s is $q$. The value of $Y$ is the count of the $1$s that are drawn.

This alternative procedure can be described by drawing a single ticket from a new box. Up to two numbers are written on each ticket, called "$X$" and "$Y$", to record a single sequence of up to two draws. According to the foregoing description, which has three outcomes, there must be three kinds of corresponding tickets:

To summarize, the three tickets and their proportions in the new box must be

What kind of variable is $Y$? According to our new (but equivalent) description, it is obtained by drawing $n$ tickets from the new box (with replacement) and counting the number of times a value of $1$ for $Y$ is observed. The only way this can happen is when the third type of ticket is drawn. These occupy a fraction $pq$ of all the tickets. This exhibits $Y$ as the sum of $n$ independent Bernoulli$(pq)$ variables, whence $Y$ has a Binomial$(n, pq)$ distribution.

Have you tried calculating the marginal distribution? In general, for a discrete Binomial random variable the following is true:

so all you need to do is show the following:

Is this a trivial problem, I don't think so.