I am preparing a complex survey data for analysis. The survey involved a two-stage stratified cluster sampling. In the first stage, I have 7 strata and 14 sampling units and in the second stage I have 13 strata and 29 sampling units. I have made sure that there are at least 2 sampling units per sampling stratum. However, after declaring the survey design in Stata, the svydescribe command yields strata that are duplicates of already existing strata but with single units. The following table depicts the Stata output after submitting the command svydescribe, final. 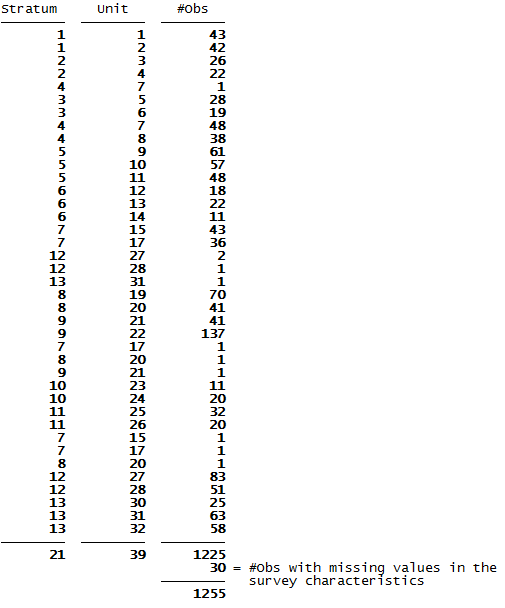 Update: after serially issuing the commands

as suggested by StasK in his comment below, I obtained the following output. 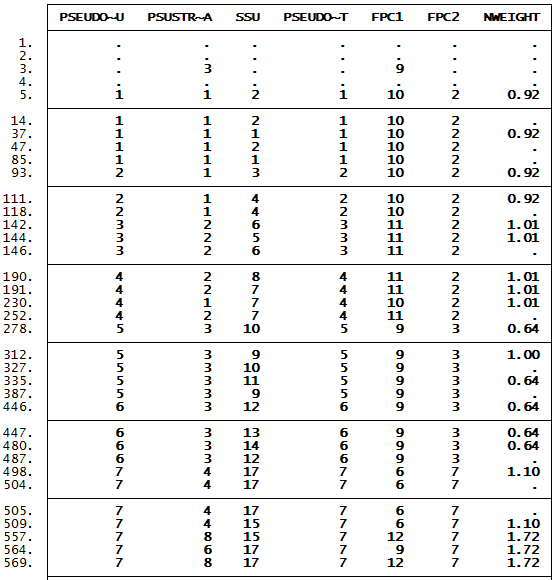 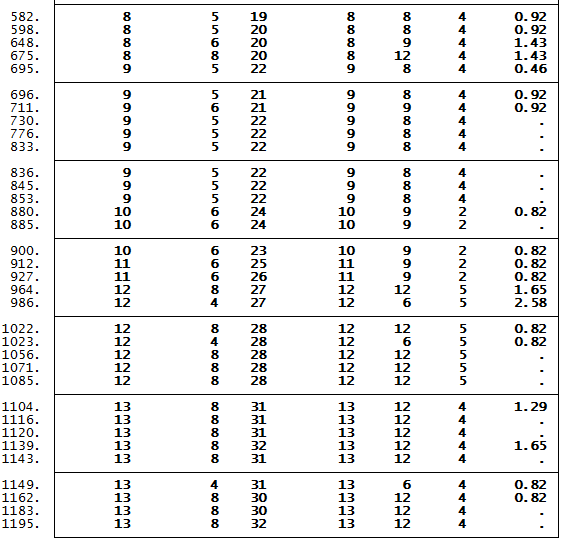 i believe you might be looking for the stata option singleunit(centered) ?

Not the answer you're looking for? Browse other questions tagged stata survey or ask your own question.