I was hoping someone could propose an argument explaining why the random variables $Y_1=X_2-X_1$ and $Y_2=X_1+X_2$, $X_i$ having the standard normal distribution, are statistically independent. The proof for that fact follows easily from the MGF technique, yet I find it extremely counter-intuitive.

I would appreciate therefore the intuition here, if any.

EDIT: The subscripts do not indicate Order Statistics but IID observations from the standard normal distrubution.

This is standard normal distributed data: 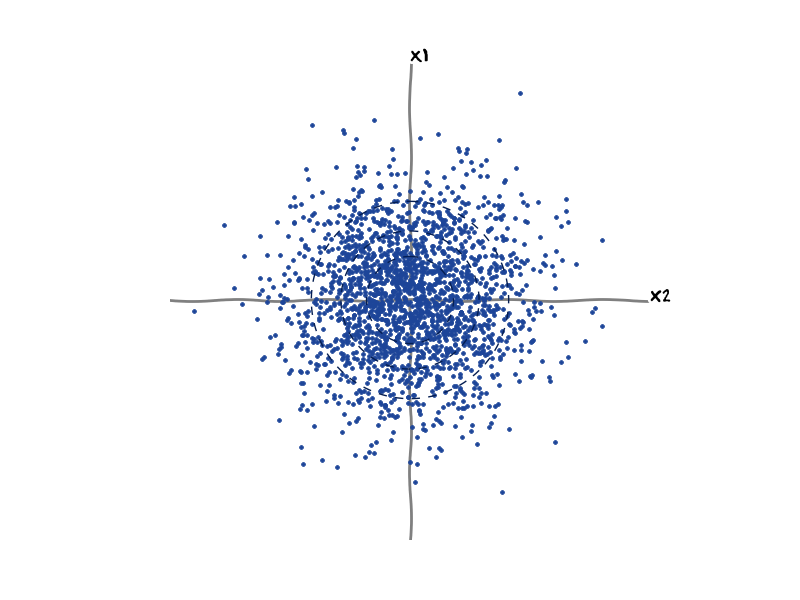 Notice that the distribution is circulary symmetric. 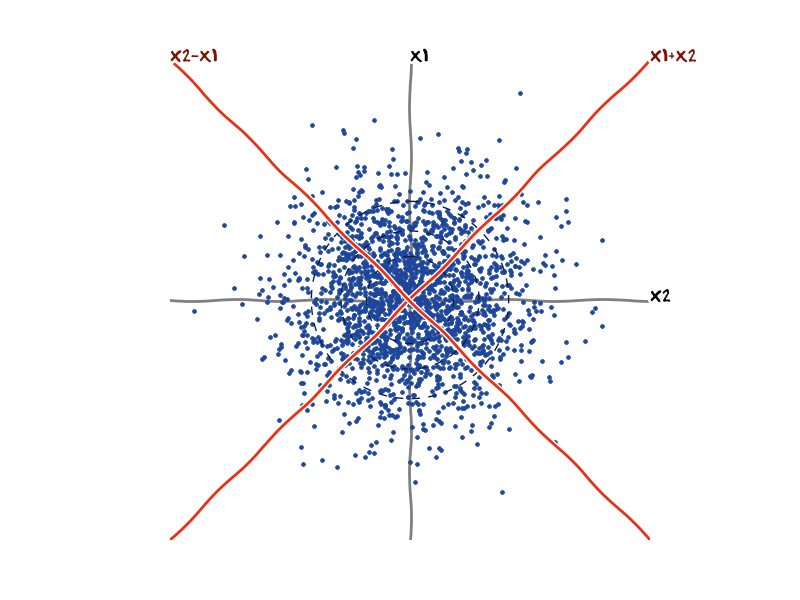 If you know a couple of basic results, this is about all you need: 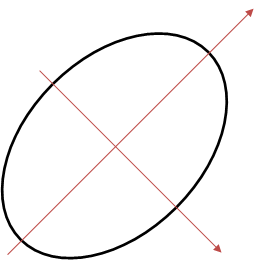 dobiwan's approach is essentially fine - it's just that the result is more general than the case dealt with there.

The result you claim to be true is not true in general, not even for the case when all that is known is that $X_1$ and $X_2$ are normal random variables with identical variance, but the result does hold for the usual interpretation of the condition you stated later:

The subscripts do not indicate Order Statistics but observations from the standard normal distrubution.

The usual interpretation of the last few words in this statement is, of course, that $X_1$ and $X_2$ are independent (normal) random variables, and hence jointly normal random variables.

For jointly normal random variables with identical variance, it is true that $X_1+X_2$ and $X_1-X_2$ are independent (normal) random variables (with, in general, unequal variances), and the intuitive explanation for this is best given in Glen_b's answer. For your special case of $X_1$ and $X_2$ being independent as well, dobiwan's answer, which you have accepted, is simplest, and indeed reveals that any rotation of the axes, not just by the $\pm \frac{\pi}{4}$ implicit in the transformation $(X_1,X_2)\to (X_1+X_2, X_1-X_2)$, will yield independent random variables.

What can be said in general? In everything I say below, please bear in mind that $X$ and $Y$ have the same variance, no matter what other properties might be attributed to them.

I first argue for general identically distributed $X_1,X_2$ that the conditional mean of $Y_1$ conditional on $Y_2$ is constant $0$. Based on this, I argue that the covariance of  $Y_1,Y_2$ is 0. Then, under normality, zero covariance implies independence.

(Caveat: I did not consider the possibility that the conditional mean might not exist.)

Just by assuming identical distributions for $X_1,X_2$, it was shown that $Y_1$ and $Y_2$ are uncorrelated. When $X_1,X_2$ are jointly normal (for example, iid. normal as in the question), their linear combinations $Y_1,Y_2$ are also jointly normal and thus uncorrelatedness implies independence.

Not the answer you're looking for? Browse other questions tagged probability self-study mathematical-statistics or ask your own question.

96
Is it possible to have a pair of Gaussian random variables for which the joint distribution is not Gaussian?
51
What is the intuition behind conditional Gaussian distributions?
11
Reference for the sum and difference of highly correlated variables being almost uncorrelated