I have some code that looks for clusters in x,y data. To check the number of clusters I use, I want to get the BIC. This is not possible (easily) using kmeans(), and so I've switched to the mclust package. Specifically, I'm trying to replace kmeans() from the R stats package, with Mclust() from the mclust package.

Using Mclust() requires me to specify which model should be used for the clustering. According to ?Mclust, the following models can be used in Mclust():

However, in the limited tests I've done, this gives different cluster centroids. The example below uses 6 clusters with some test data. The centroids obtained through each method are shown. 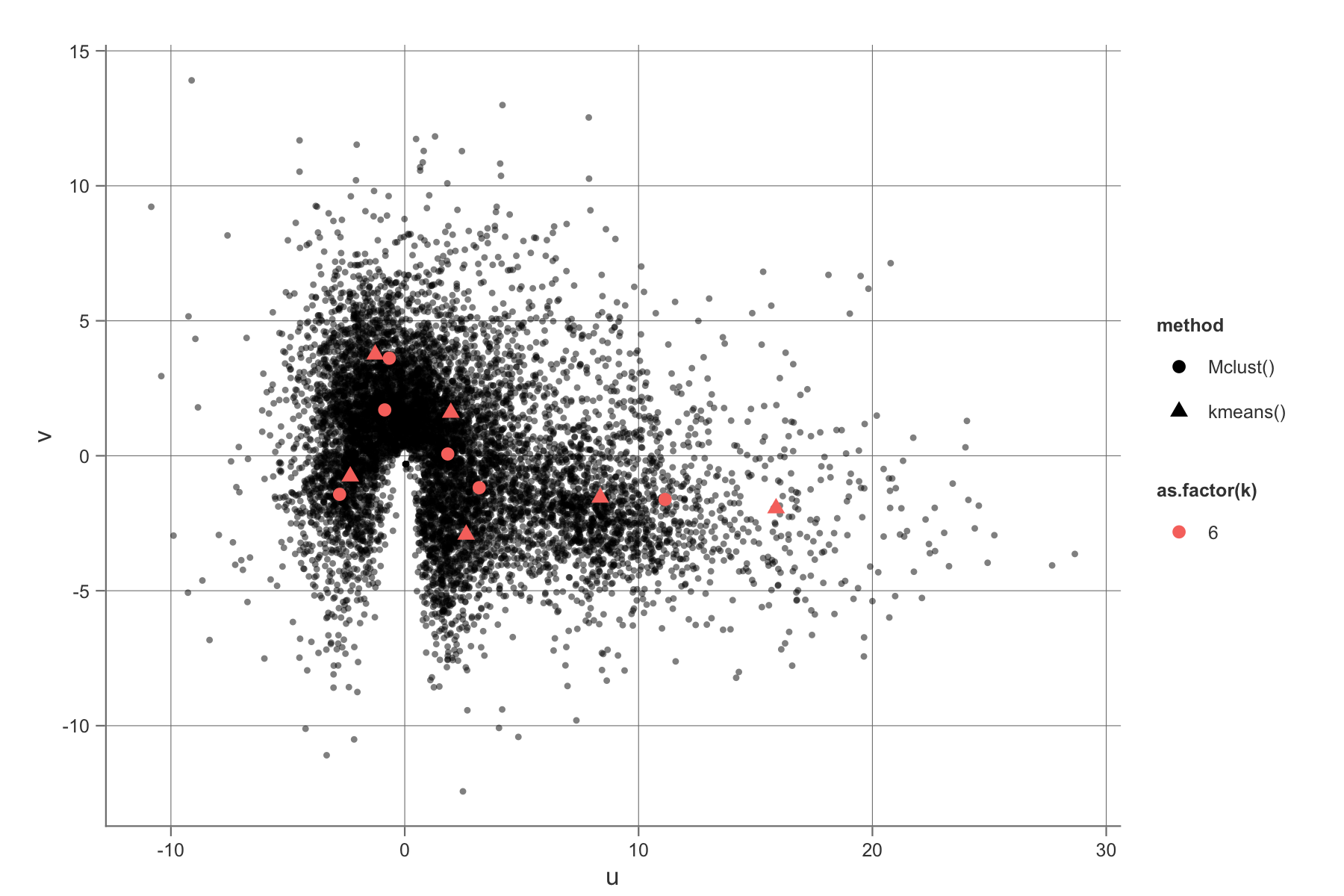 Can anyone confirm which mclust() model is equivalent to kmeans()?

Gaussian Mixture Modeling is not the same as k-means.

None of the models has a 1:1 correspondence to k-means. The closes is probably

but Mclust will still use a soft assignment, whereas k-means uses a hard assignment. There is a closer relationship between EII and fuzzy c-means (although I don't think they are the same either, due to different weighting functions).

Also note that k-means is commonly randomly seeded, so different runs of k-means will often yield different results, too!

Not the answer you're looking for? Browse other questions tagged r clustering or ask your own question.