I have trouble to find a sensible statistical approach to back up some very obvious (at least to my eyes) interpretation of a dataset (see descriptive plot below).

I measure a response to two different stimulus (Stimulus 1 and 2) at 3 different intensities (weak medium high), in 2 different populations (population 1 and 2).

What I see and would like to support with a statistical test, is that overall the response exhibit a dynamic range along the intensity range, but more importantly, that this range is very steep for stimulus 1 in the population 2 but, not in population 1.

Samples are not independent, as response to each stimulus/strength pair is assessed on the same subjects in the two populations.

I thought of using a mixed effect ANOVA with subject as a random variable to account for the repeated measure.

First problem : How to measure the departure from the homoscedasticity assumption ? A Levene's test reject the null hypothesis of equality of variance between groups. Anova is said to be robust to violations of its assomptions, but is there a way of judging the severity of this violation, especially given my unbalanced design?

Second, would my biological statements be reinforced if I was to find a significant 3-way interaction population x stimulus x strength ? I have two concerns :

My meditations have carried me far beyond what my very basic understanding of statistics allow me to comprehend.

Thanks in advance for your input, 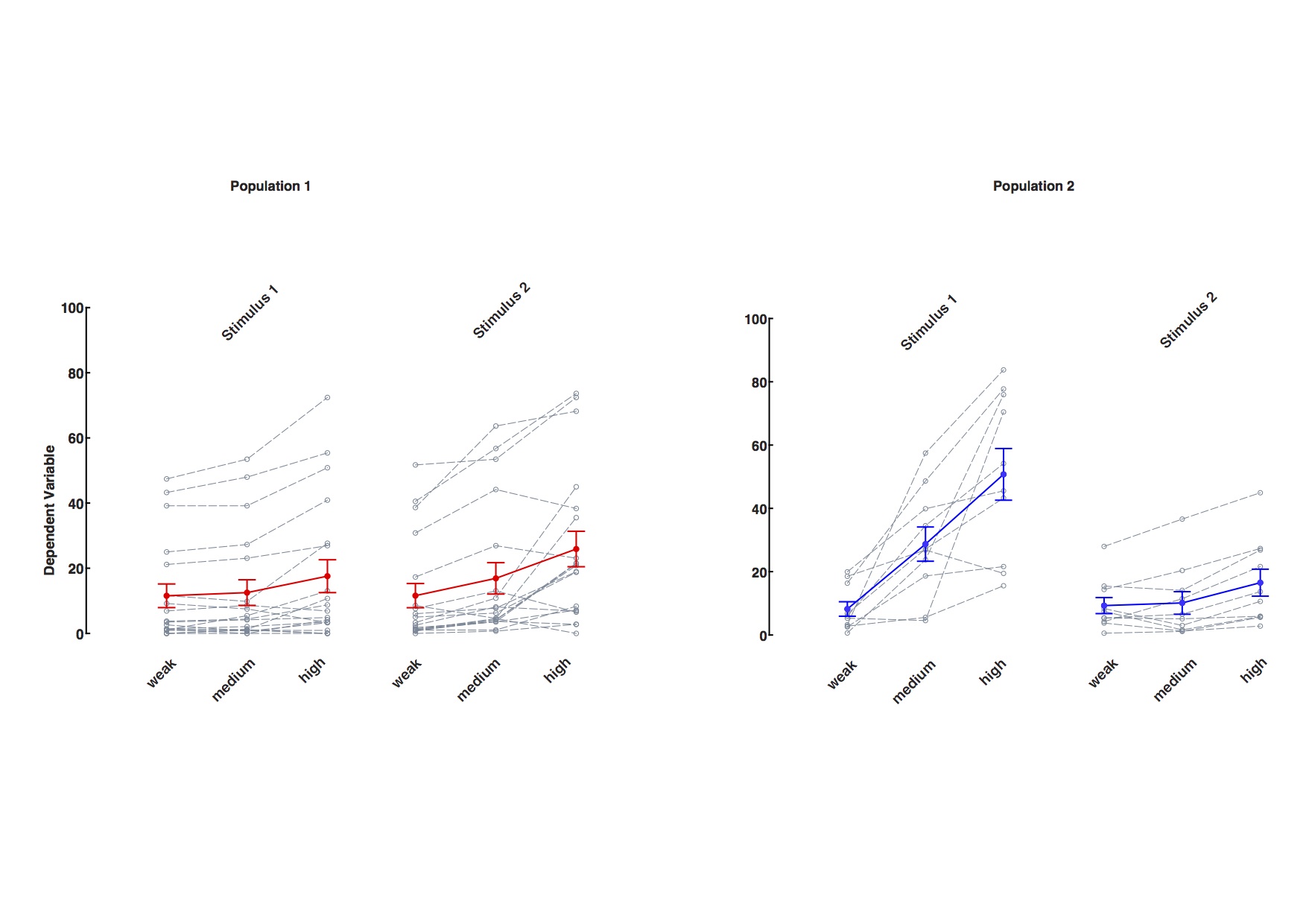 To explore the locus of the 3-way interaction, I would use a linear contrast for stimulus intensity: small (?), moderate, strong = -1, 0, 1. Then you can express the simple interaction within each population as $Linear Change_{Stimulus1} - Linear Change_{Stimulus2}$. This value indicates how linear changes are moderated by the stimulus type with positive values indicating greater linear changes in stimulus 1 than stimulus 2. From the plot it appears that this value would be a small negative value in population 1 but a large positive value in population 2, hence the 3-way interaction.

Not the answer you're looking for? Browse other questions tagged anova mixed-model or ask your own question.