I need to place a Laplace prior on a random variable, however, I want to use a Gaussian distribution whose variance is Gamma(1,1) distributed, i.e.,

My question is: Given this above setup, what is the corresponding form of my Laplace distribution (location and scale) for this Laplace prior?

prior gamma-distribution laplace-distribution
Share
Improve this question
edited Sep 4, 2014 at 17:59

So the question seems to have stemmed from a discussion on this forum: http://social.microsoft.com/Forums/en-US/47b613d0-177d-4ce3-b54d-2476144ece6b/double-exponential-prior-migrated-from-communityresearchmicrosoftcom?forum=infer.net

To better understand the question we (below) a plot of many Laplace distibutions with differing locations ($\mu$) and scales ($b$). 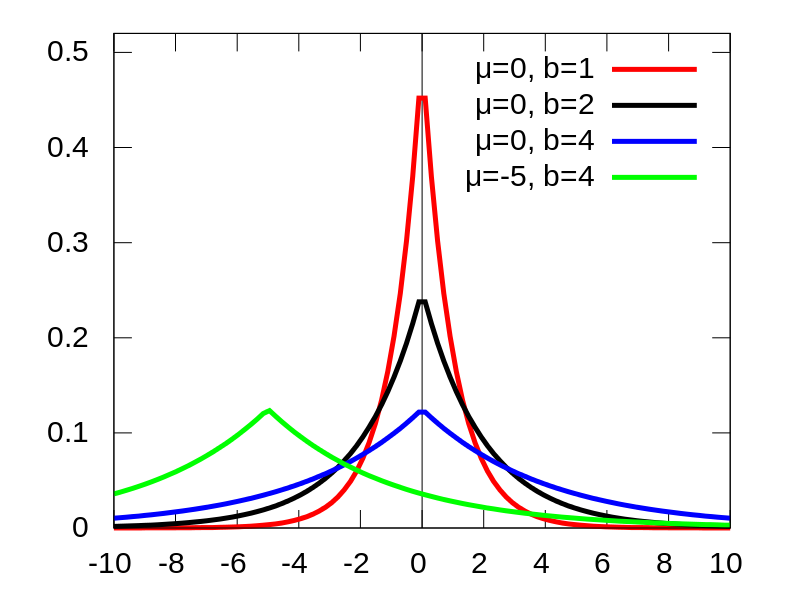 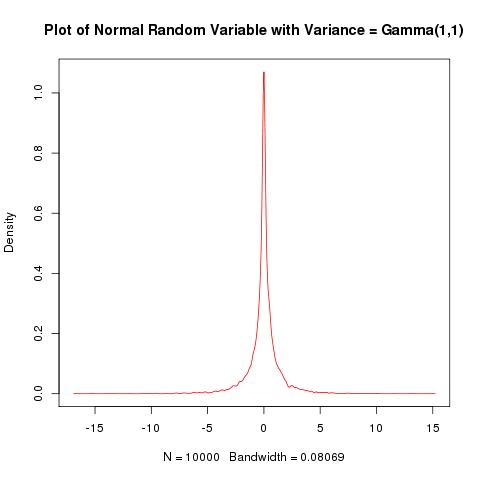 However, it is only an approximation and is not exact.

On the other hand, there is a way to generate a Laplace distribution (with known location ($\mu$) and scale ($b$)) by using a Normal distribution with variance corresponding to a Rayleigh distribution.

The result is the following:

Not the answer you're looking for? Browse other questions tagged prior gamma-distribution laplace-distribution or ask your own question.

3
Obtaining Jeffreys prior by taking the limit of a particular prior density on $(\mu, \Sigma)$
2
Marginal prior derivation in hierarchical Bayesian model
5
Why do we use inverse Gamma as prior on variance, when empirical variance is Gamma (chi square)
1
How can a sum of squared random variables distributed normally with mean $\mu$ and variance $\sigma^2$ be represented as a gamma distribution?
3
Generating pairs of random variables with given covariance and gamma marginals
0
What are the gamma-Pareto convolutions and how have they been used?