How to express "inequality" of a distribution in one number?

I've got an educational game in the work that challenges players to redraw U.S. state borders in a way that reduce the inequality between big-population and small-population states. As they play, they need to get real-time feedback on the effect of assigning counties from one state to another.

So I need some sort of single parameter of "equalness" that is derived from the distribution of populations in the new hypothetical set of states.

I've thought about just displayed the standard deviation in the state populations. Is there a better way to succinctly express a power distribution? I'd prefer something as simple to understand as possible since I want to appeal to a broad audience. State populations as of 2010 Census below for reference. 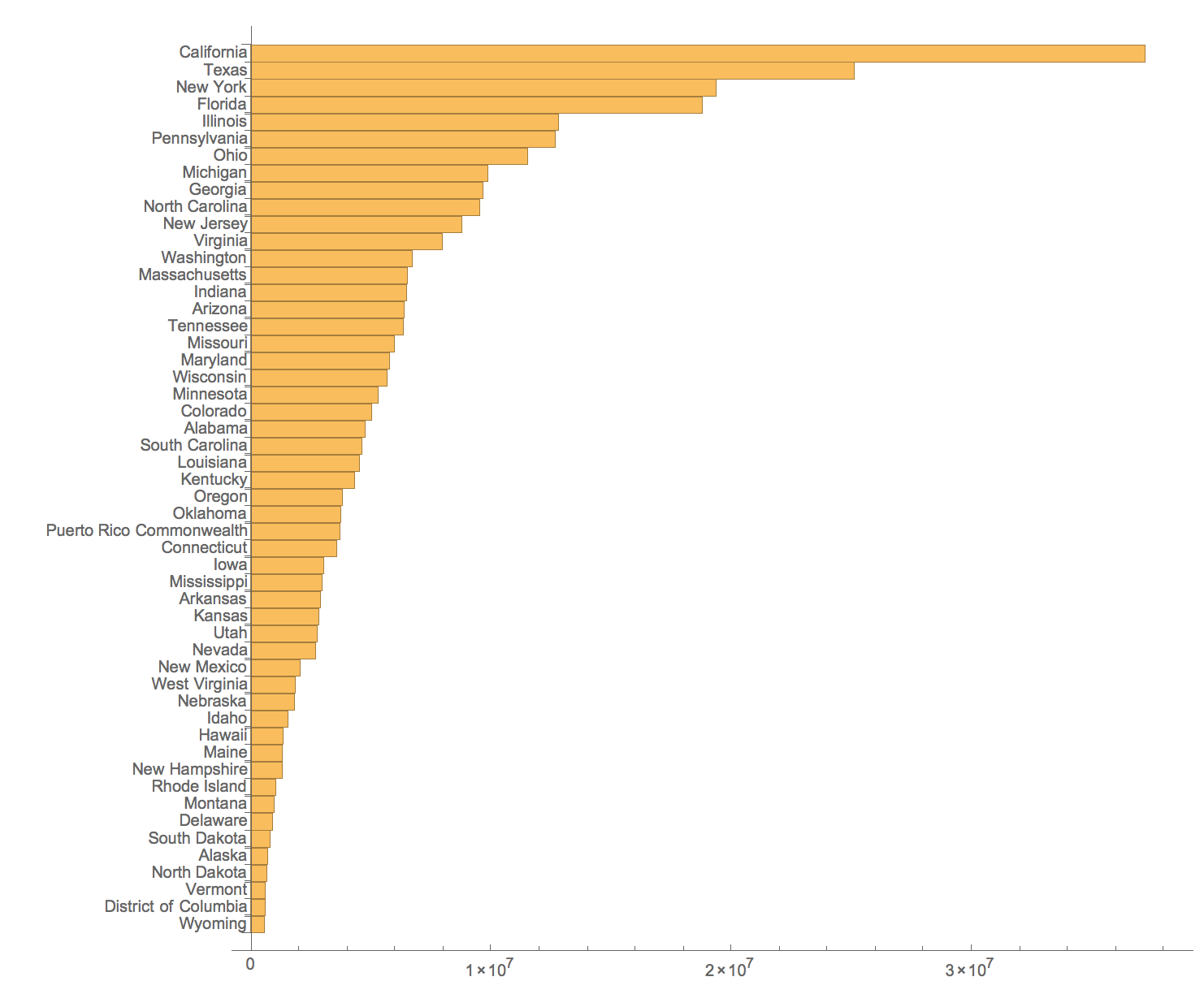 Perhaps the best known measure would be the Gini index.

[When dealing with count data, or proportions derived from counts, it's also possible to define measures derived from chi-square goodness-of-fit statistics (they can be normalized to 0-1), for example. For one such measure, see here.]

Many of these are either suitable or can be rescaled to be suitable as measures of the kind of thing you want.

I've developed a method for quantifying "uniformity" that allows you to do what you are asking. Its helped out a couple other folks too.

Basically, you are just calculating the path length of the associated CDF by connecting consecutive points by a straight line.

Not the answer you're looking for? Browse other questions tagged distributions standard-deviation games power-law diversity or ask your own question.

0
Measuring distribution/concentration across categories
4
How to compare frequency distributions
4
Cramér's $V$ for one variable
1
Statistical measure of international diversity
2
Measuring relative variability for variables with different scales II
1
What can be used to evaluate "variance" of samples of categorical data?

3
Statistical method to quantify diversity / variance / inequality
16
Intuition behind power law distribution
3
Most accurate way to express the income of the top 1% in a power distribution?
1
(Social) inequality measure based on chi-square
1
Chebyshev's inequality for Pareto distribution (3 sigma rule)