Relationship between nominal and ranked variables

After some exploratory data analysis I got suspicious that people that are more liberal seem to own more guns. 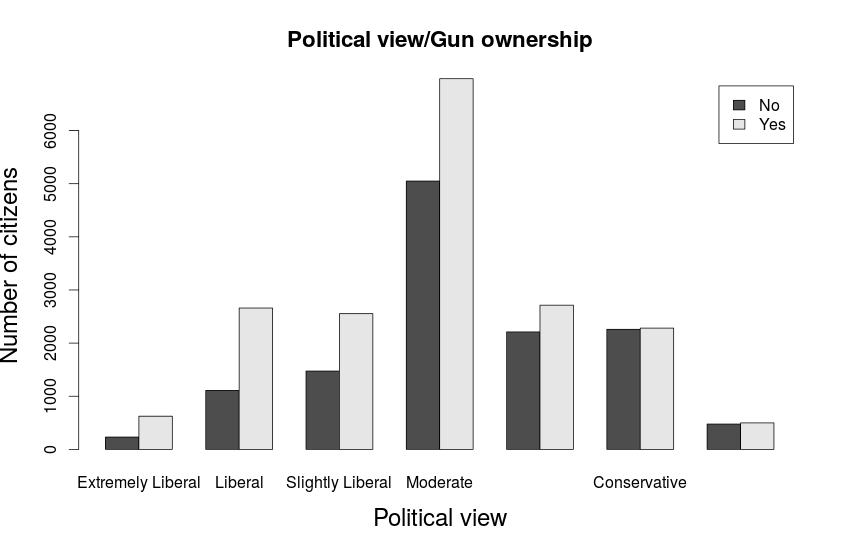 How can I test this suspicion? I am aware of $\chi^2$ independence tests, and after conducting one on the data I can say that evidence of the pair of variables not being independent is very high, gun ownership rates depend on political inclinations, while this insight its valuable it says nothing about what I want to test.

I have been investigating Kruskal-wallis, but I am not sure if this is what I want.. Any help is appreciated!

EDIT: Is checking that $\mu_a \leq \mu_b \leq \mu_c \leq \mu_c$ the way to prove this relationship? this surely is a trivial statistics question, can anyone look into it?

With seven ranks on the political affiliation question, I would be tempted to use it as a continuous predictor (1-7, or 0-6) in a logistic regression predicting gun ownership.

Not the answer you're looking for? Browse other questions tagged self-study kruskal-wallis-test ranks or ask your own question.