Interpreting a lots of effects

Does anybody know how to interpret a whole bunch of effects (main and interaction) in a clever way? Or does anybody have a good example where it's shown?

To be more precisely: Assume that you have a lot of effects in your model (main and interaction effects) and you know that standard errrors and coefficients are biased (as they are in most empiric studies). But you want to present results, what would you do? So because of the bias p-values are wrong, so there is no valid way to say which coeficients are significant and which are not. So there has to be another way to present information. The idea to work with plots seems to be a good one. But I'm still curious how you guys handle such problems!

I like the Predict.Plot and TkPredict functions in the TeachingDemos package for R, but my opinion may be slightly biased.

Here is an example (the TkPredict function allows you to dynamically change values to see how they compare): 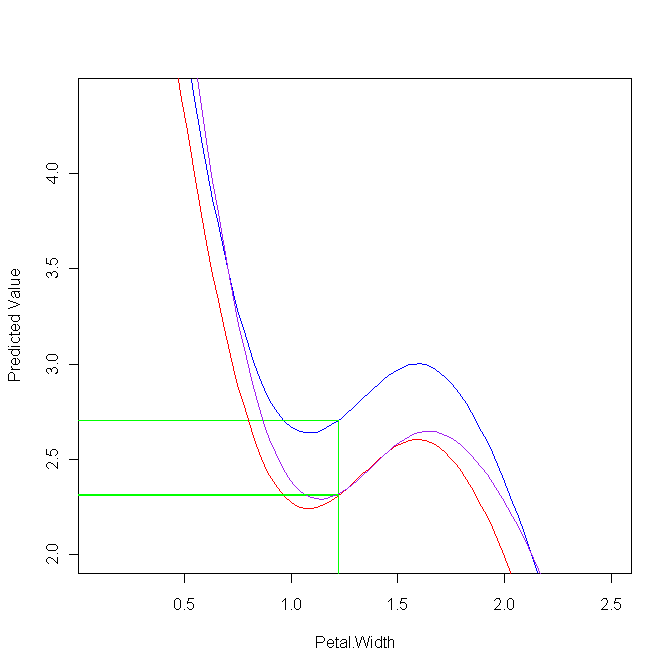 Not the answer you're looking for? Browse other questions tagged regression interpretation or ask your own question.