How can I remove the z-order bias of a coloured scatter plot?

I'm currently working on a plot engine for my project. This engine should be robust for a wide range of inputs. In order to analyse the data, I'm plotting a series of graphs utilising python/matplotlib. Among them is the following: 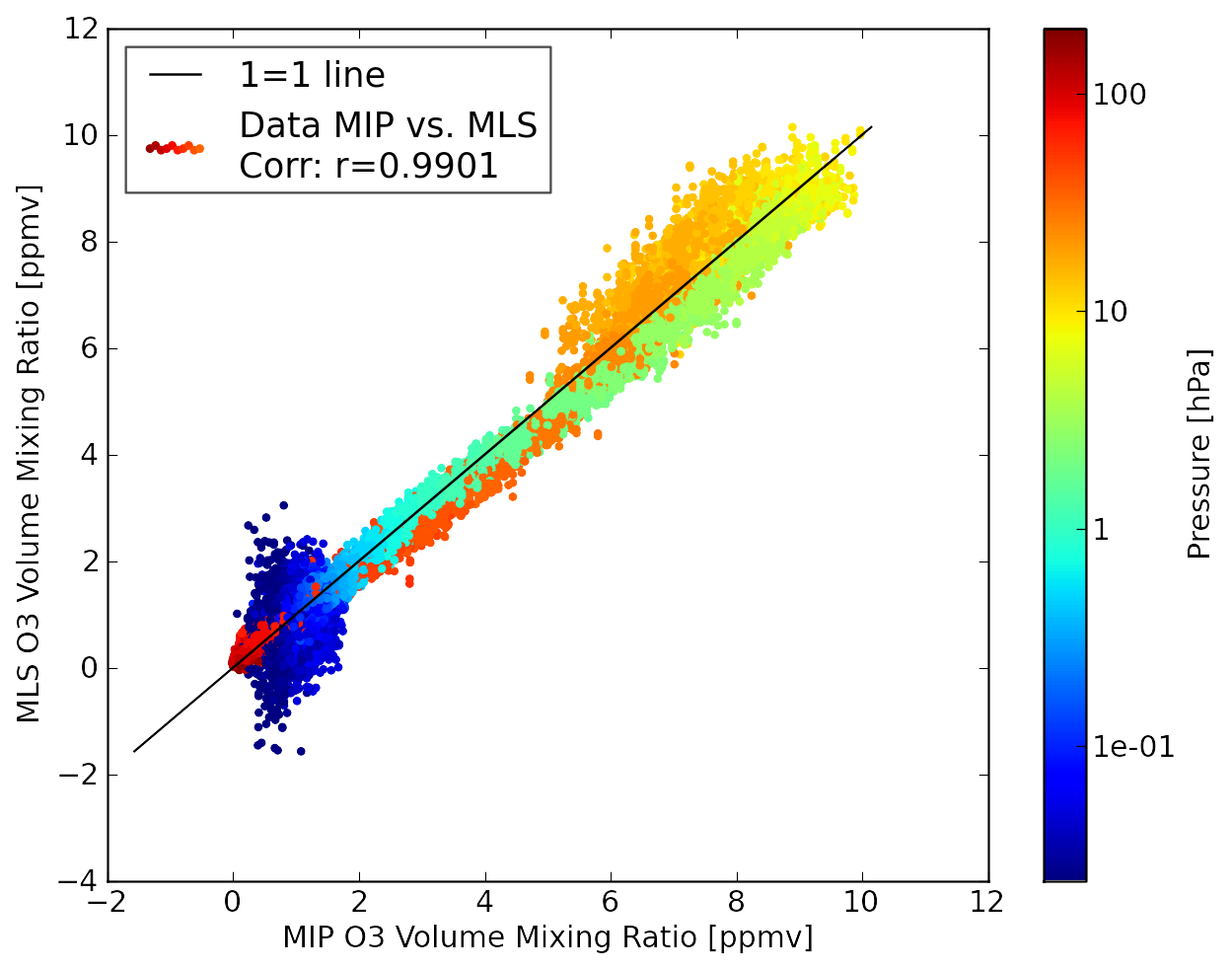 I think this graph is not good because the data being plotted first (high pressures, red) have a lower z-order (i.e. they are overdrawn) than the blue bullets for low pressures. Thus introducing a bias when looking at the graph. The underlying reason for that is that the data is bell-shaped.

First off, do you agree or disagree? I could leave it like it is because it is just one of many views on the data. It could still be useful.

However, if there is a way to make this graph better with some sort of trick, I'd be much happier. I already played with point size, transparency/alpha and edgecolor. This only made it worse. A great way to remove the z-order bias in scatter plots is to bin the data and colour-code it accordingly (e.g. hexbin). But since I used the colour for the pressure information, I see no possibility to to something similar.

Another idea would be to randomise the z-order, but I'm not sure how to do that and if the result would be better.

Any other comments for improvements are appreciated.

First off, I agree.

I suspect that you can create a different sort of graph; you're not using a lot of the two-dimensionality of the current display because everything is clustered about the x=y line. Try plotting the pressure along the x axis and the ratios along the y axis. If this is too messy, try taking the difference in pressure. You could also use some measure of effect size, like Cohen's d, but then viewers would have to know what that is. You can probably come up with something better than what I suggested, but my suggestion might help you think of other approaches. As you'll read below, my approach might mislead viewers because it would make pressure look like an independent variable.

But here are a ideas that use your current graph.

Did you plot each group of data using a separate call to scatter?

If you plot all your data in one pass, I think the overlaying of dots on other dots would only come from the order in which there were plotted (not 100% sure though, can't test at the moment) So, one way to get different layouts would be to randomly permute your data before plotting it, or even sort them in a non-random way, to get the desired effect.

Could you paste your source code?

Not the answer you're looking for? Browse other questions tagged data-visualization scatterplot or ask your own question.

5
Interpreting 3D scatter plot
3
Two way scatter plot with time dimension
7
Pattern detection in scatter plot
1
Spearman correlation signficant but scatter plot not?
12
How do I interpret this Scatter Plot?
2
How to partially compress domain of a scatter plot?