The article The Odds, Continually Updated mentions the story of a Long Island fisherman who literally owes his life to Bayesian Statistics. Here's the short version:

There are two fishermen on a boat in the middle of the night. While one is asleep, the other falls into the ocean. The boat continues to troll along on autopilot all through the night until the first guy finally wakes up and notifies the Coast Guard. The Coast Guard uses a piece of software called SAROPS (Search and Rescue Optimal Planning System) to find him just in time, as he was hypothermic and just about out of energy to stay afloat.

Here's the long version: A Speck In The Sea

I wanted to know more about how Bayes' Theorem is actually applied here. I found out quite a bit about the SAROPS software just by googling.

The simulator component takes into account timely data such as ocean current, wind, etc. and simulates thousands of possible drift paths. From those drift paths, a probability distribution map is created.

Note that the following graphics do not refer to the case of the missing fisherman I mentioned above, but are a toy example taken from this presentation 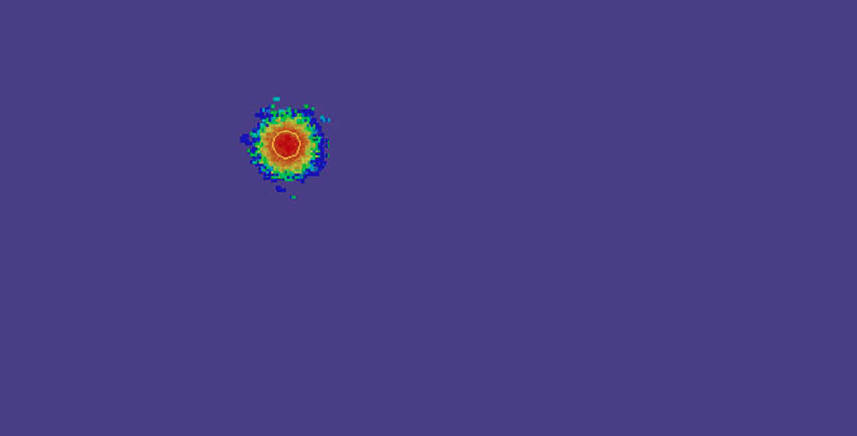 Note the circle that is the starting location. 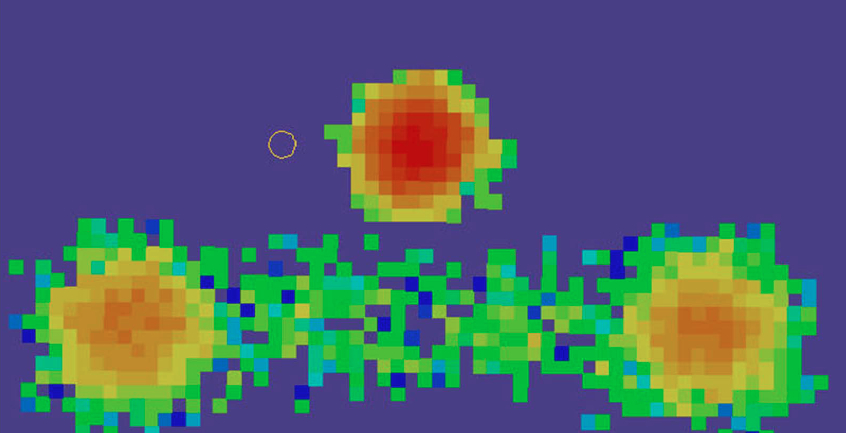 Note that the probability map has become multimodal. That is because in this example, multiple scenarios are accounted for:

This image shows the optimal paths produced by the planner (another component of SAROPS). As you can see, those paths were searched and the probability map has been updated by the simulator.

You might be wondering why the areas that have been searched have not been reduced to a zero probability. That's because there's a probability of failure, $p(\text{fail})$, factored in, that is there's a non-negligible chance that the searcher will overlook the person in the water. Understandably, the probability of failure is much higher for a lone person afloat than for a person in a life raft (easier to see), which is why the probabilities in the top area did not go down very much.

Effects of an unsuccessful search

This is where Bayes' Theorem comes in to play. Once a search is conducted, the probability map gets updated accordingly so another search can be planned optimally.

After reviewing Bayes' Theorem on wikipedia and in the article An Intuitive (and Short) Explanation of Bayes’ Theorem on BetterExplained.com

I took the Bayes' equation:

And defined A and X as follows...

I found in Search and Rescue Optimal Planning System that SAROPS calculates the probability of a failed search, $P(\text{fail})$, by taking into account the search paths and simulated drift paths. So for simplicity let's assume that we know what the value of $P(\text{fail})$ is.

So now we have,

Yet another simplification note - according to Search and Rescue Optimal Planning System the posterior distribution is actually calculated by updating the probabilities of the simulated drift paths, and THEN re-generating the gridded probability map. In order to keep this example simple enough, I chose to ignore the sim paths and focus on the grid cells.

I was pointed to a book that has a whole chapter dedicated to my question - Naval Operations Analysis - by a former professor who used to be a helicopter pilot and has actually performed search and rescue missions, no less!

In chapter 8 an example is provided something like this (I customized it a bit):

To start with, there's a gridded prior distribution for the location of the missing person(s), boat, etc. 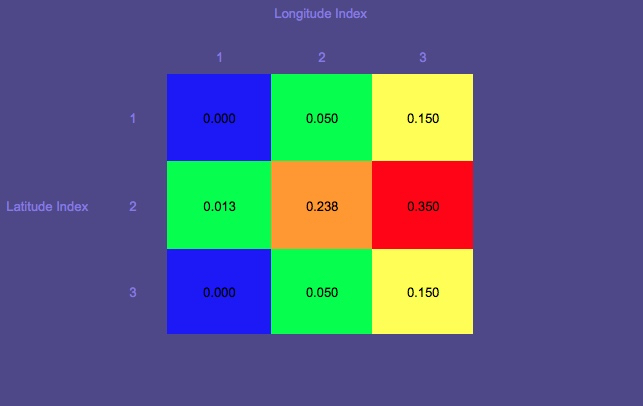 A search is performed on part of the grid and the probabilities are updated with a normalized posterior distribution by applying the Bayes' equation in the same way I mentioned in my questions:

In this case, I decided to search column 3 because that column had the largest total prior probability. 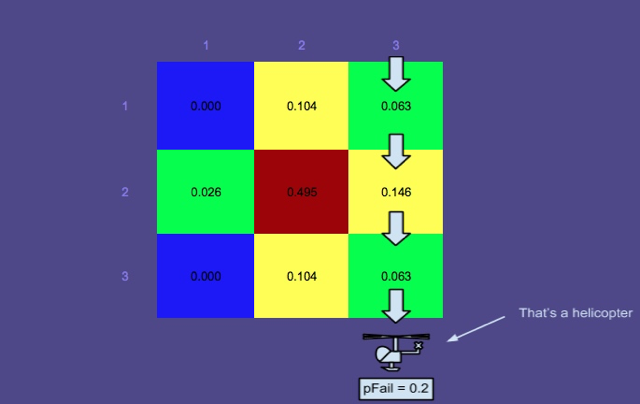 My question was mainly about how the posterior was normalized. Here's how it was done in the book - simply divide each individual posterior probability by the total sum, S: 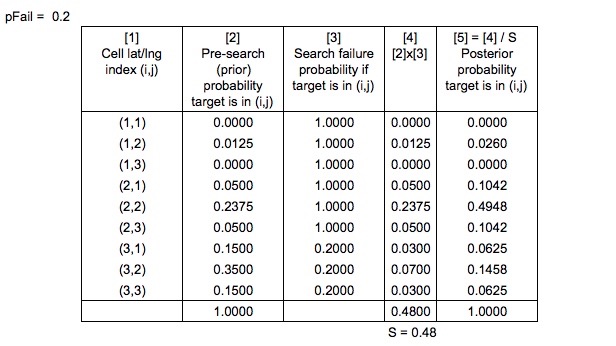 I chose a 0.2 probability of a failed search because my professor had this to say, "We only search to 80% probability of detection because that is typically the best tradeoff between timlieness and accuracy." 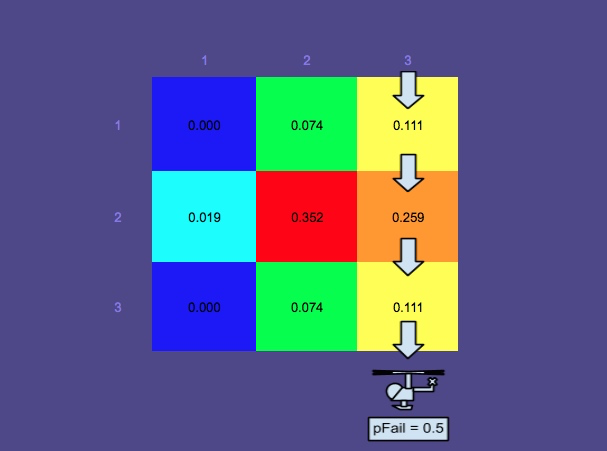 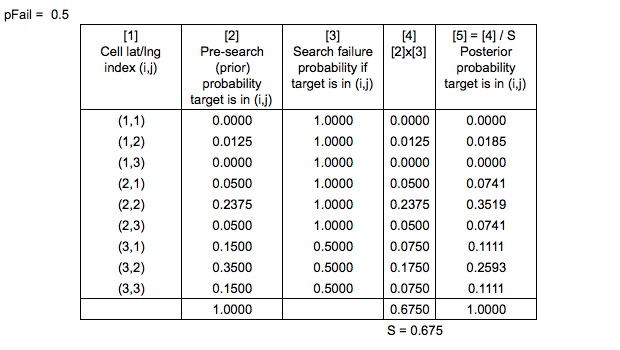 He also added this, "Aircraft carry a small checklist with them to help determine best altitude and airspeed. Working this in a flying helicopter is like sitting atop a washing machine, reading a book that is duct taped to a different washing machine."

3
Using the Bayes Theorem?
2
Question on how to apply Bayes Theorem realistically
2
Getting Lost in (simple?) Bayes theorem application
2
How to calculate likelihood from Bayes' theorem without the normalisation?
0
Posterior becomes infinity for bayes-theorem interpretation
2
Bayes theorem for dependent events
0
Coins problem-how to apply bayes