I'm doing biological gene expression data. For the genes I analysed, each gene can produce two isoforms, one dominant (Gene isoform 1) one minus can be treated as a by-product (Gene isoform 2).

Two graph to explain my problem: 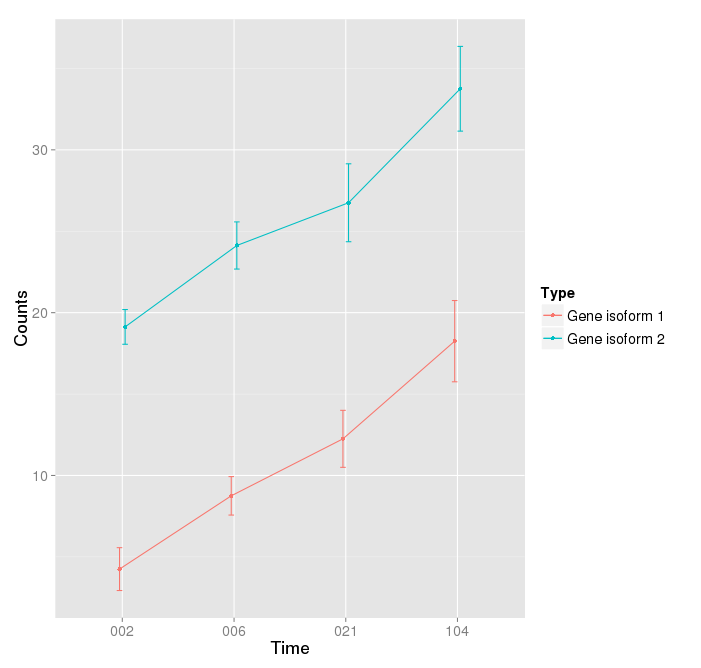 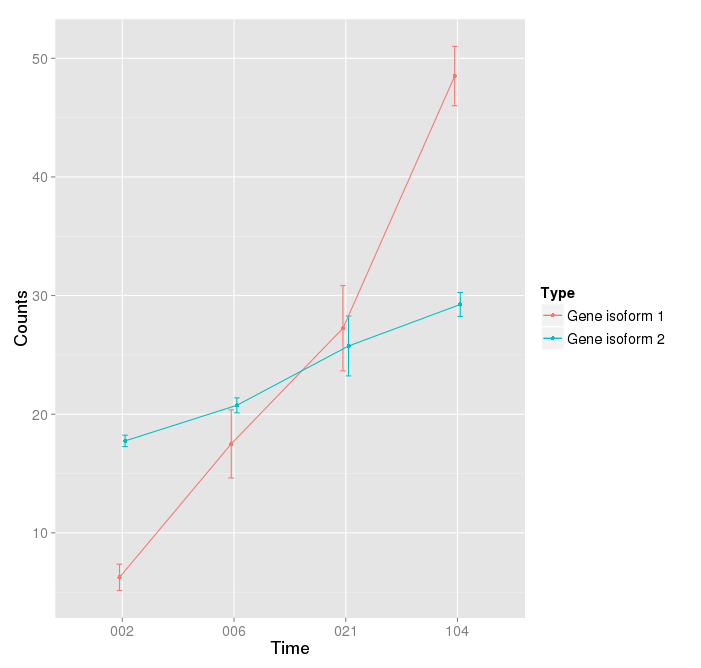 Thanks a tons for any answer!

You could detrend isoform 2 by isoform 1 or test for isoform 1 as a covariate. So, a) can regress 1 vs 2, take the residual and regress it against time. This will look for a linear relationship of detrended data; b) here is an example of ANCOVA with repeated measures ANCOVA with repeated measures in R and time-series analysis with covariates https://www.researchgate.net/publication/239802706_Covariate-Adjusted_Regression_for_Tim%E2%80%8C%E2%80%8Be_Series ; Assessing Seasonal Covariates in a Seasonal ARIMA Time Series Model‌​nal-arima-time-series-model

Not the answer you're looking for? Browse other questions tagged hypothesis-testing variance or ask your own question.

4
Testing for equality of variance in permutations (microarray analysis with bioconductor)
0
What's the logic/motivation behind pre-filtering data based on variance?
3
Comparing variances of non-normal distributions
1
A measure that corresponds to variance that is robust against outliers
0
Hypothesis testing control vs treatment when the outcome tends to vary over time