Problem obtaining a marginal from the joint distribution

But what about the marginal of $Y_2$? $Y_1$ is not bounded above and is bounded below by zero, right? How can I integrate out $Y_1$ if the integral from 0 to infinity diverges? Which begs the question, have I done something wrong in the above?

Draw pictures of the regions of integration. 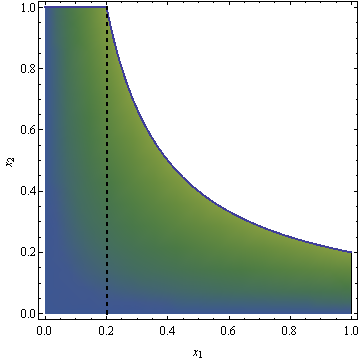 The colors denote the varying values of the density $f(x_1,x_2)$, ranging from blue (low) to red (high).

Here is a plot of this distribution: it is the marginal CDF for $Y_2$. 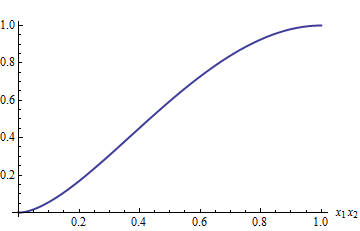 Differentiate this to obtain the PDF of $Y_2$. 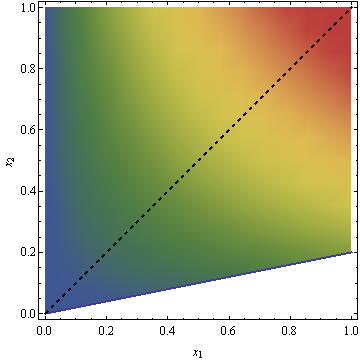 A partial plot of this marginal CDF for $Y_1$ is 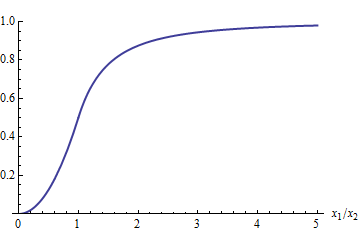 The full plot extends infinitely far to the right. Differentiate this to obtain the PDF of $Y_1$, the first marginal.

Just to add visual input, it is easily found that

the $X's$ are the square roots of uniform RV's in $(0,1)$. They are also independent.So simulate two uniforms, and then take their product. The resulting empirical relative frequency curve is 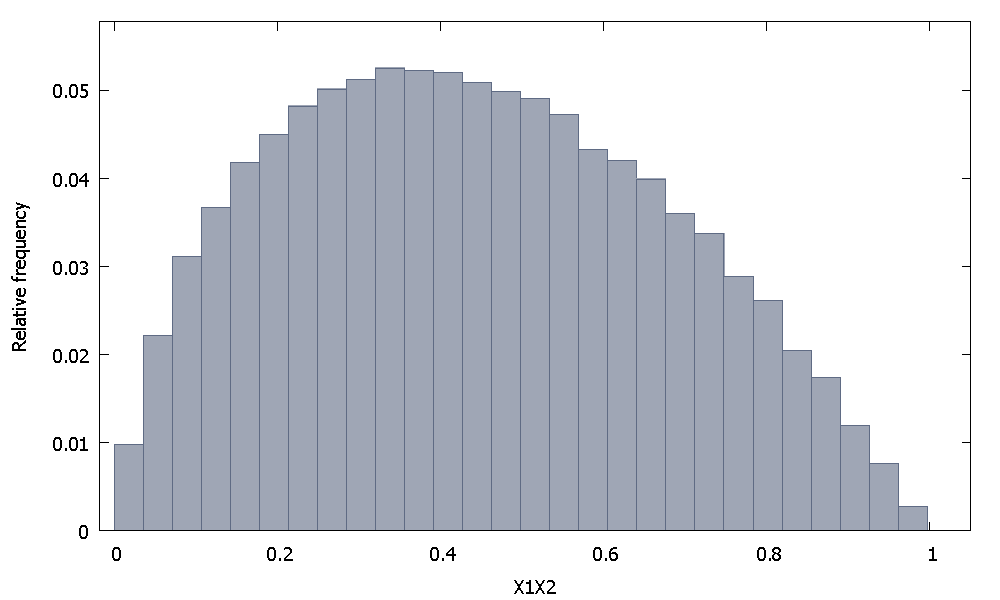 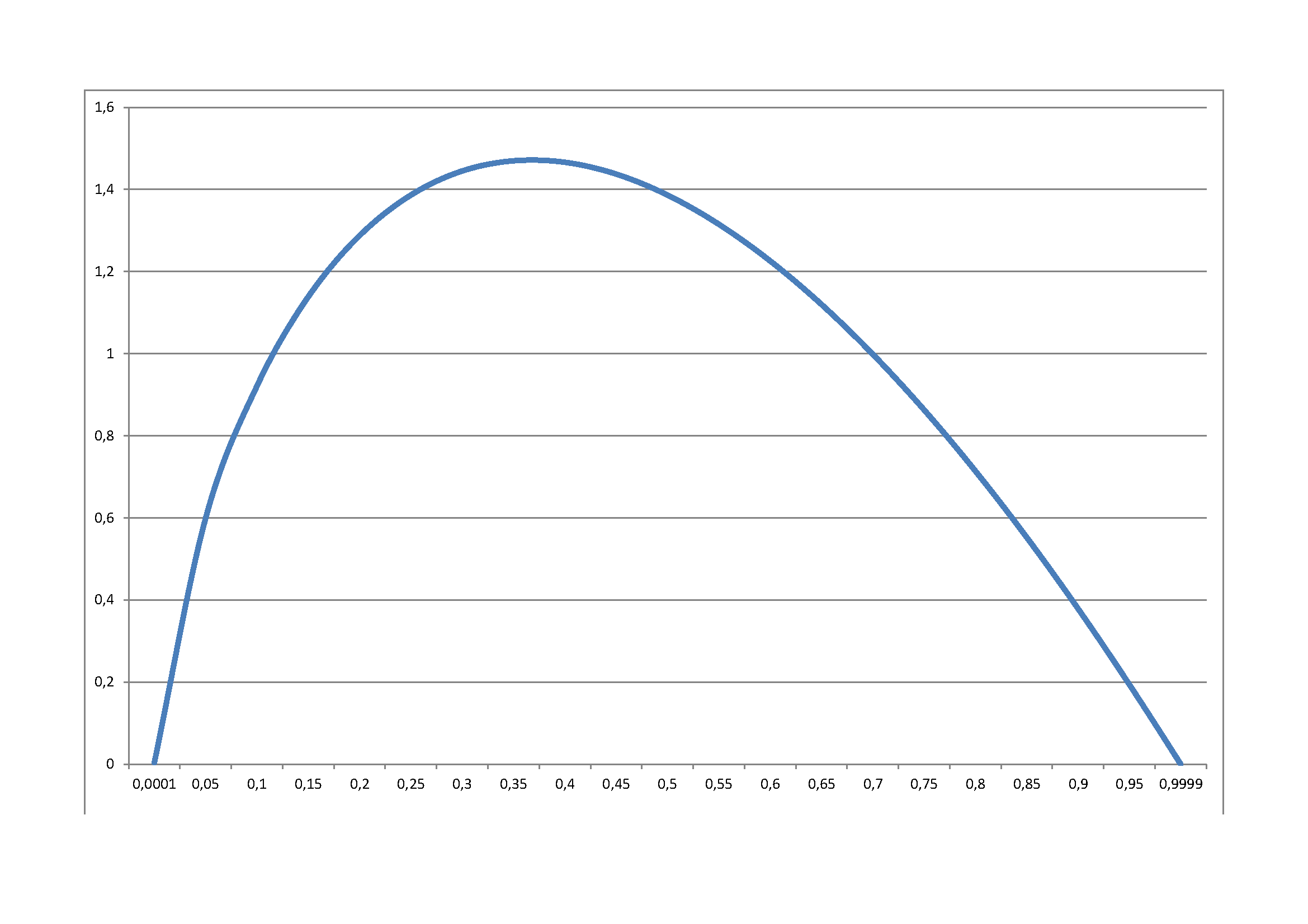 Not the answer you're looking for? Browse other questions tagged probability distributions self-study marginal or ask your own question.

8
Problem calculating joint and marginal distribution of two uniform distributions
8
Find the joint distribution of $X_1$ and $\sum_{i=1}^n X_i$
1
Convolution of a less typical distribution
6
How to justify that $(Y_1,Y_2)$ is not bivariate normal without finding its exact distribution?
5
exact form for the marginal posterior
3
Change of variables in pdf
0
How to calculate joint pdf of two normals?