Why is the tick marker for zero after the bar in this qplot bar chart?

Feature or bug? Why is it that the tick marker for zero projects is after the bar that represents the count for zero in this plot (instead of being in the middle as I'd have expected): 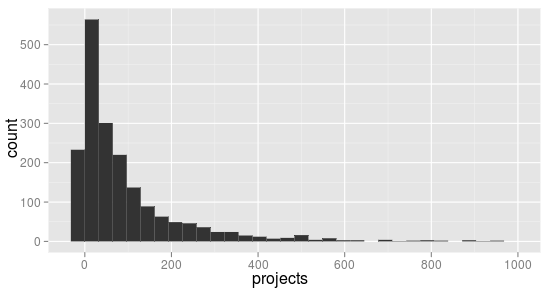 Here is the data I am using: 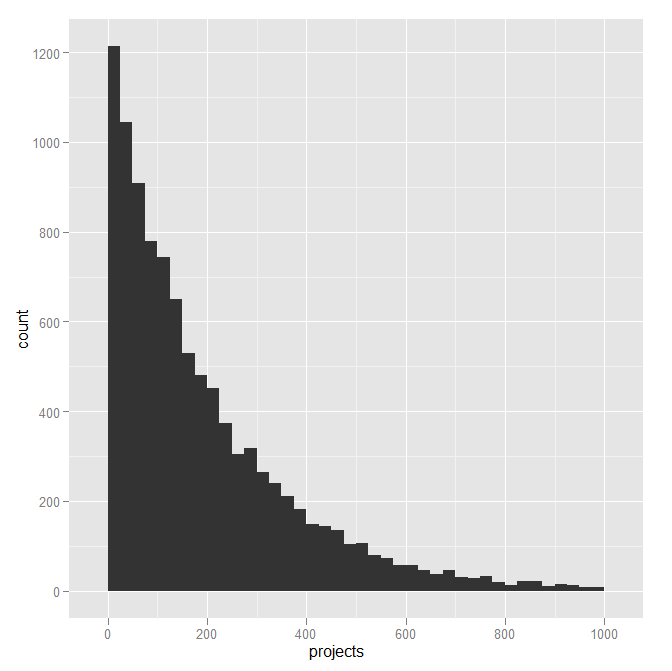 Not the answer you're looking for? Browse other questions tagged r ggplot2 or ask your own question.

2
Why is the y-axis in this R plot showing invalid percentage values?
5
Why is the Confidence Interval Changing for this Time-Series
3
Reproduce this chart using the provided equation
0
Is bar plot the right choice for my data?
1
Why is it necessary to fix a matrix diagonal and after this calculate the exponential to assess transition probabilities?
2
Why does this distribution look completely different after splitting into groups?
1
What is the function computed by this zero inflation model?
1
What is the best way of presenting many Bar Chart plots
0
Why interaction is the same while main effect changes after adjusting for covariates?