I'm concerned that the "test statistic" suggested above does not really fit into the scheme of $T(X_1,X_2)>T(x_1,x_2)$ as the conjunction of inequalities can't be separated into individual scores. Instead, I'm sort of doing two tests on each table and combining them. Concerningly, Q-Q plot for counts generated from random trials (below) shows that the resulting probabilities from this test are non-uniform and overly liberal, whereas using a Wald test as the test statistic appears to follow the expected uniform distribution reasonably well. 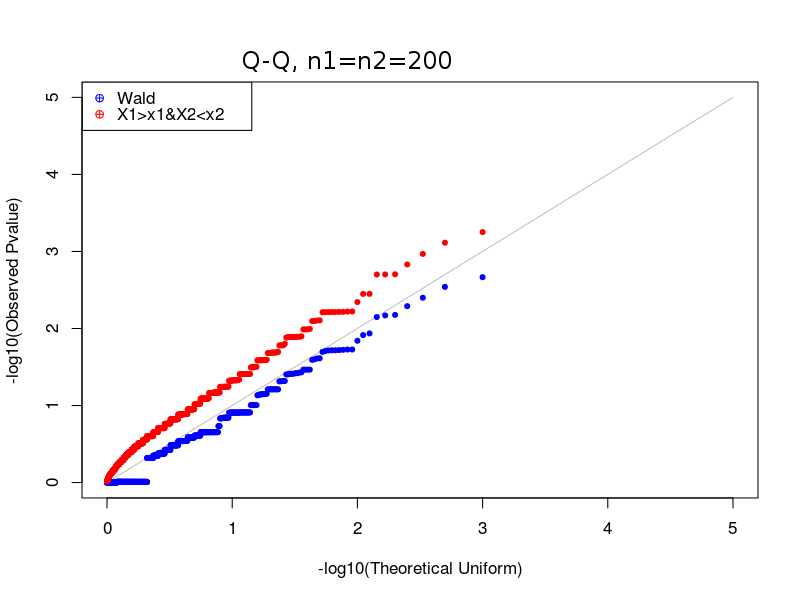 I'm therefore concerned that by abusing my choice of test statistic, I'm not generating "correct" (uniform) p-value but I'm not sure.

If it is, I'd be keen to hear why the use of this test leads to apparently liberal $p$-values and whether its similar to anything in the literature.

And if its not reasonable, I'd be keen to hear why and what a suitable alternative would be that still.

Browse other questions tagged hypothesis-testing binomial proportion exact-test or ask your own question.