My goal is to decide which observations in class 2 are truly from class 2 and which should have been in class 2. Since I have multiple variables I decided to fit a logistic regression model on my data and use the probabilities as a metric to decide if the observations of class 2 are mislabeled or not. 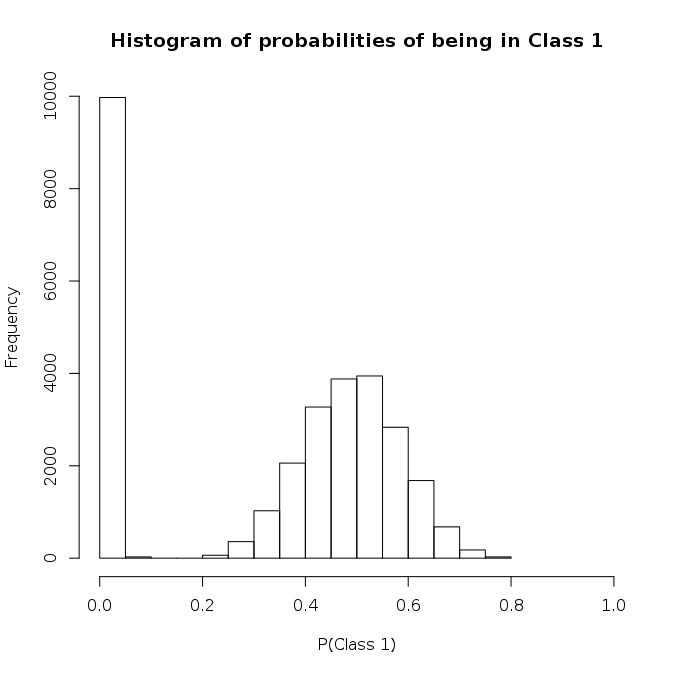 But I find the above distribution of probabilities shown in the histogram somehow peculiar. I would have expected that all values would be between 0 and 0.5. Instead I also see some values for example around .6. So if I see an observations with these variable values I'm 60 percent sure it belongs to class 1. How can this be? In my simulation example I just copied the same values for class 1 and the mislabeled class 2, so above observation should in theory not be possible.

How should I interpret this? Are these probabilities meaningful?

EDIT: In response to @whuber I also added the following plot of the data. 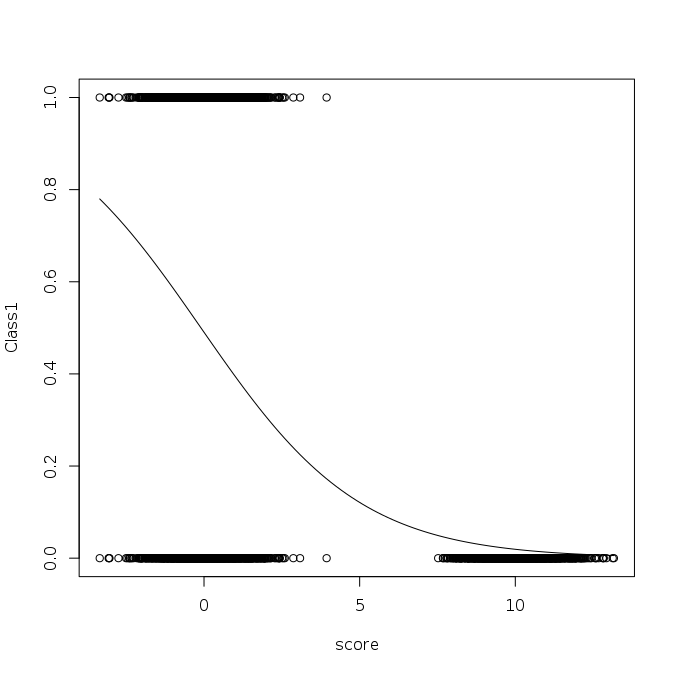 You may be reasoning with two different, contradictory models. The argument (in comments to the question) assumes that variation of score around the mean for each class ($0$ and $10$) has no influence at all on the log odds of class inclusion, whereas the model explicitly supposes the log odds are a linear function of the score. The model used in that argument is the model used to generate the data but it is not the model used to fit the data.

There's nothing the matter with most of this approach: it actually can be a good idea to generate data in a way that differs from what the model expects, because that can help you assess the model's robustness to violation of assumptions. Just be sure to keep the distinction between the actual data generation process and the assumptions of the model fitting process clearly in mind, and all should be OK.

Not the answer you're looking for? Browse other questions tagged probability distributions logistic classification data-mining or ask your own question.