I saw the following question on another forum:

"Suppose that both height and weight of adult men can be described with normal models, and that the correlation between these variables is 0.65. If a man's height places him at the 60th percentile, at what percentile would you expect his weight to be?"

I see that someone at the forum in question has already pointed out that the question talks about the margins being normal (height and weight ... can be described with normal models), not about bivariate normality and so the question doesn't have a single answer.

Clearly the answer would depend on the actual bivariate dependence relationship (the copula), which left me curious.

Given normal margins and a specified population correlation ($\rho$, a Pearson correlation), is there a reasonably straightforward way to find bounds on $E(Y|X=x_q)$ given $X,Y$ both normal, with correlation $\rho$?

If there's an exact largest value and smallest value for the conditional expectation, that (and for preference, the circumstances in which each occurs*) would be good to know about.

* I have some strong suspicions about what those circumstances might be (i.e. the kind of dependence that might be involved; in particular, I expect a specific kind of degenerate distribution will give the bounds) but I haven't yet investigated that thought in any depth. (I figure someone is already likely to know it.)

Failing that, upper or lower bounds on both the largest and smallest values would be interesting.

Approximate or partial answers may be useful/helpful.

If nobody has good answers, I may have a go at it myself.

I think there are no bounds. This conclusion relies on the following construction, which is simplest to describe for arbitrary continuous distributions. As we go along, conditions will be added until we are in the case of Normal marginals.

So, let $X$ be any continuous random variable with distribution function $F$. Given any half-open interval $(a,b]$ (which will eventually become very narrow), define 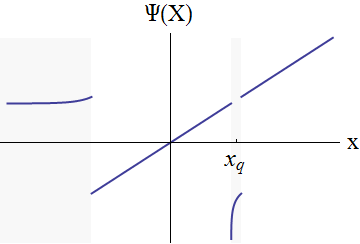 which is a conditional expectation for $Y$ at some value of $X$ less than or equal to $c$. 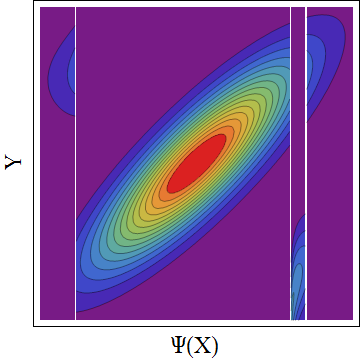 Contours of the PDF. Here $(a,b] = (1.5, 1.75]$. The original bivariate normal distribution was given a correlation of $0.85$, which reduced to approximately $0.5$--the target value--when probabilities in the two strips were swapped.

(The apparent exception $\rho=0$ can be handled by starting with, say, a bivariate distribution with Normal marginals whose support is confined to the lines $y=\pm x$.)

If I understand your question correctly the answer depends on the "actual bivariate dependence relationship (the copula)" used. 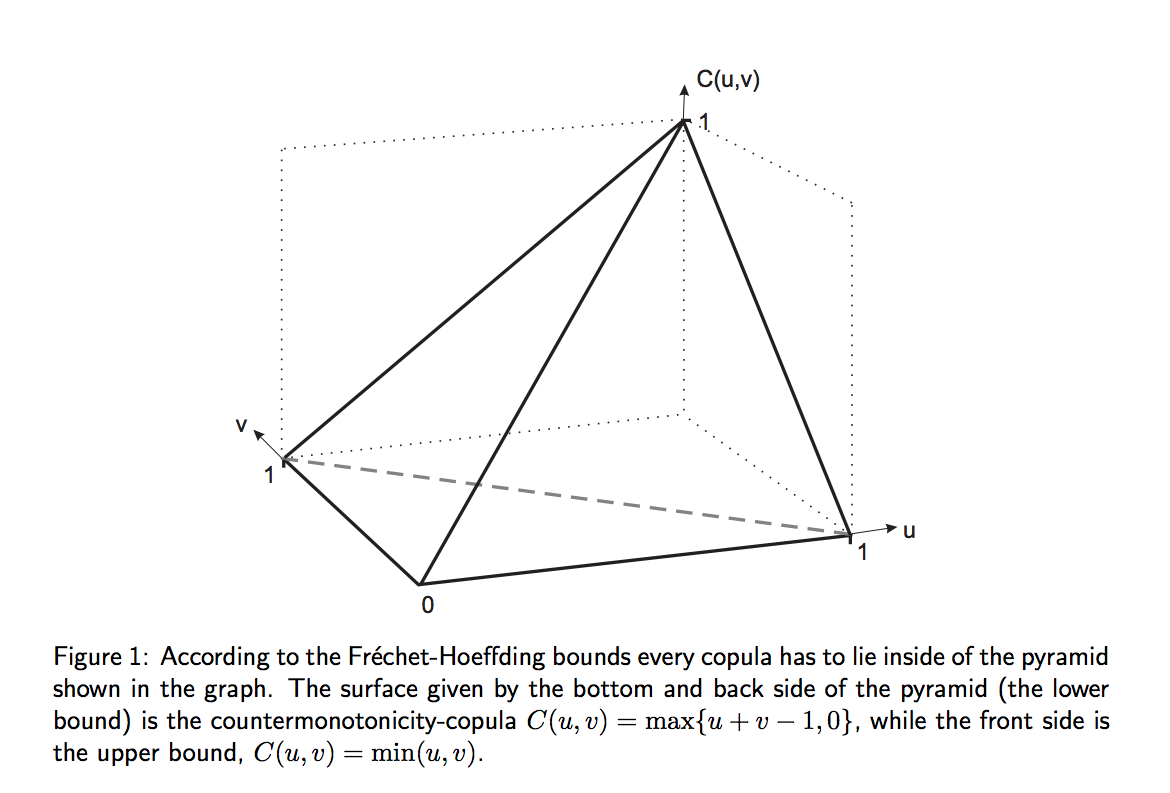 Not the answer you're looking for? Browse other questions tagged correlation normal-distribution quantiles copula bivariate or ask your own question.

4
When simulating a bivariate normal distribution, why is $\rho$ chosen instead of estimated from the data?
1
Percentile Ranks in Matlab
8
Properties of bivariate standard normal and implied conditional probability in the Roy model
10
Example of two *correlated* normal variables whose sum is not normal
2
Conditional expectation of two identical marginal normal random variables
4
Fréchet Hoeffding bounds for symmetric random variables
1
Graphical interpretation of conditional density of a bivariate normal?