I am trying to figure out if it's possible to create vector velocity field from some raster containing spatial distribution of scalar variable (timestamp of some mass-media event in my case).

Here is my GeoTIFF overlapped with isochrones drown from the six-hours interval. Cold colors correspond to zones where some event happened earlier. Warm colors match to the areas where that event occurred later: 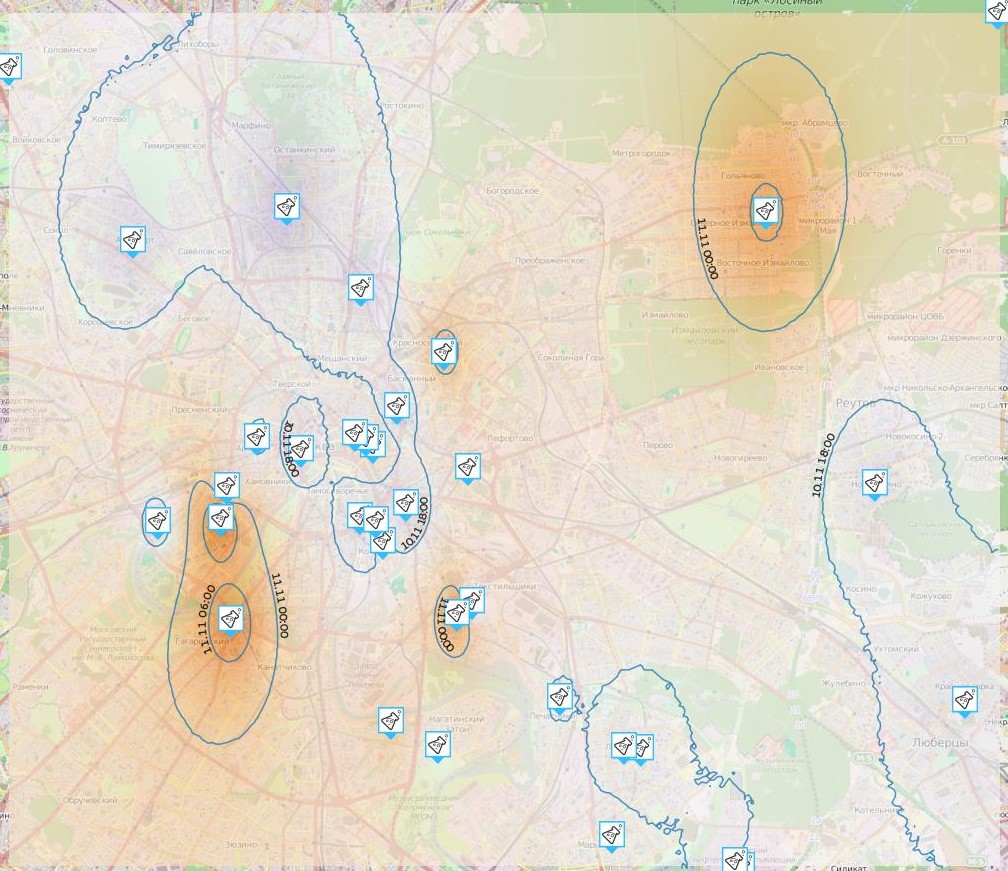 I would like to convert that GeoTIFF image to format quite common for fluid dynamics and hydro-meteorology: a quiver plot. I suggest that vectors should represent the speed of information spatial dissemination. 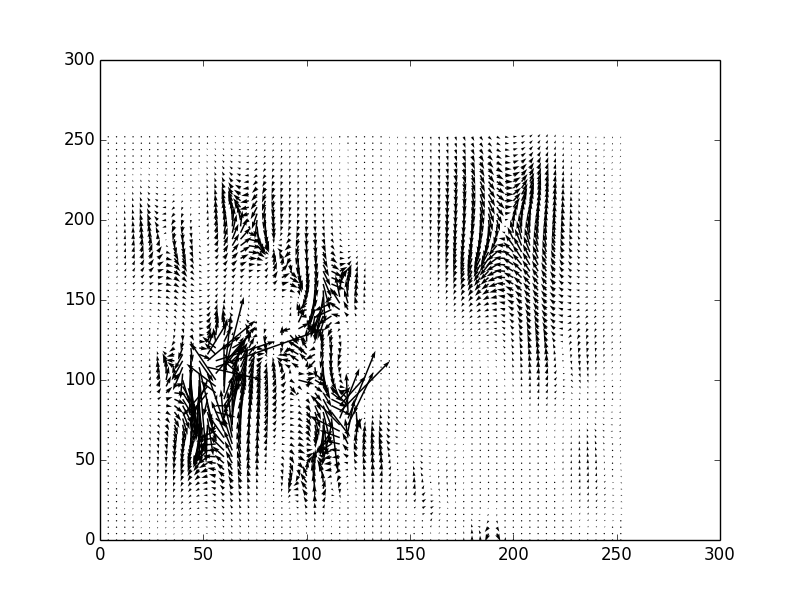 I guess I'm doing something wrong in the code above cause result is confusing. You can see that in fact I'm getting the gradients of timestamp, whereas I really need the gradients of velocity. The warmer zones are surrounded by large arrows corresponding to long periods of information dissemination, BUT I need the opposite effect:

I would appreciate to get possible solutions in Python or R.

Browse other questions tagged python matplotlib gradient vector-fields or ask your own question.

6
How to display magnitude of change over time between two series?
3
Intuition behind word vector representations
1
Principle component analsysis of 3D vector fields