What does an Added Variable Plot (Partial Regression Plot) explain in a multiple regression?

I have a model of Movies dataset and I used the regression:

Which gave the output: 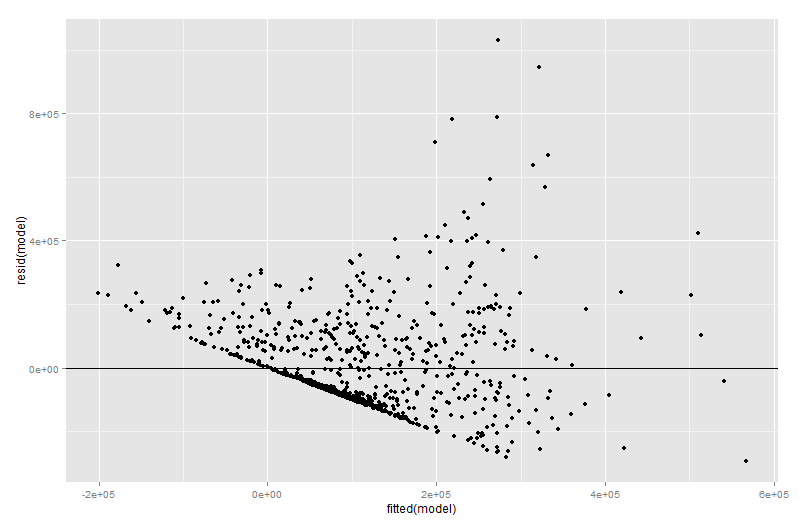 Now I tried working something called Added Variable Plot first time and I got the following output: 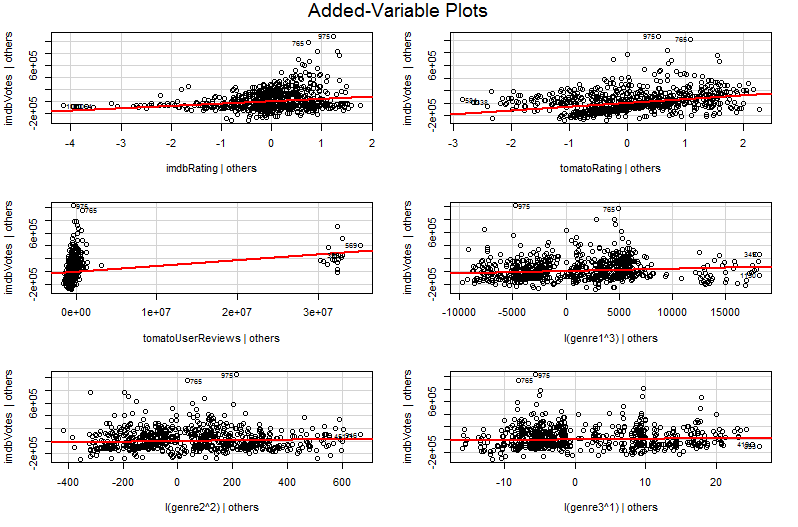 The problem is I tried to understand Added Variable Plot using google but I couldn't understand its depth, seeing the plot I understood that its kind of representation of skewing based on each of the input variable related to the output.

Can I get bit more details like how its justifies the data normalization?

Hopefully you can now see why drawing a graph of $Y$ against $X_2$ would be a poor way to visualise the relationship between $Y$ and $X_2$ in your model. In my example, your eye would be drawn to a line of best fit with slope $\hat{\beta_2'}$ that doesn't reflect the $\hat{\beta_2}$ from your regression model. In the worst case, your model may predict that $Y$ increases as $X_2$ increases (with other variables held constant) and yet the points on the graph suggest $Y$ decreases as $X_2$ increases.

A lot of the value of an added variable plot comes at the regression diagnostic stage, especially since the residuals in the added variable plot are precisely the residuals from the original multiple regression. This means outliers and heteroskedasticity can be identified in a similar way to when looking at the plot of a simple rather than multiple regression model. Influential points can also be seen - this is useful in multiple regression since some influential points are not obvious in the original data before you take the other variables into account. In my example, a moderately large $X_2$ value may not look out of place in the table of data, but if the $X_3$ value is large as well despite $X_2$ and $X_3$ being negatively correlated then the combination is rare. "Accounting for other predictors", that $X_2$ value is unusually large and will stick out more prominently on your added variable plot.

3
Plotting a model in R
3
R module for creating plots of prototypical individuals from fitted models?
1
Interpreting the ANOVA output for hierarchical linear regression
1
How can I interpret the output of lme
2
Partial residual plot with interactions?
4
Low slope in Added variable plots indicative of what?
0
Is it possible to model with a linear regression the relationship between a dependent continuous variable and an independent categorical variable?