What distribution does $\ln(x)$ have when $X$ is normally distributed?

Every normal distribution has a finite proportion of its distribution that lies below 0 (i.e. $P(X\leq 0)>0$).

For the transformation to be meaningful, you'd have to avoid trying to take the log there, which means either modifying the "$\log$" part or modifying the "normal" part (e.g. by truncating everything at or below zero). 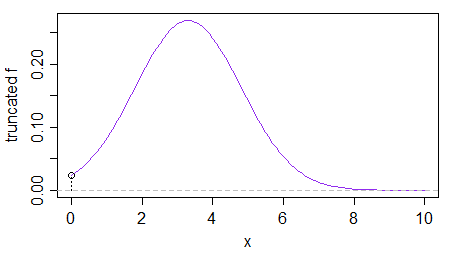 Once you've done one or the other, it would then be necessary to work out the distribution of the transformed variable. In the case of the log of a truncated normal variable, you can write down an expression for the density by taking the density of a truncated normal and then applying the usual formula for the density of a transformed variable $g(y) = f(x(y)) \left|\frac{dx}{dy}\right|$. It doesn't seem to be especially enlightening in this case: 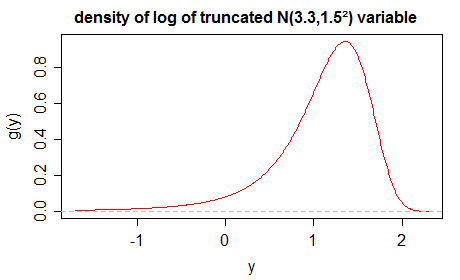 And here's some simulated values obtained by truncating a large sample from a $N(3.3,1.5^2)$ density and taking logs, for comparison: 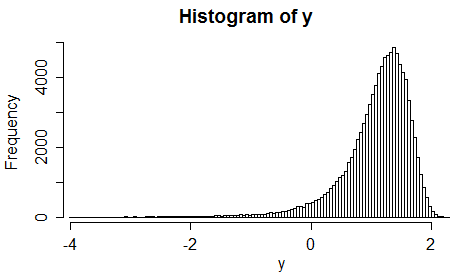 (There's actually a longish very thin tail that extends down far enough that you get sample values further left than shown here, but I trimmed that so you could see the bulk of the density more clearly for comparison.)

The precise shape will depend on how much of the density was truncated, of course.

To my knowledge it doesn't have a particular name, at least not any in common use.

Not the answer you're looking for? Browse other questions tagged probability distributions normal-distribution data-transformation or ask your own question.