How to draw state diagram for first order Markov chain for 10000bases from 2 chromosomes?

I'm learning HMM now and very confused about the order of the Markov chain. Can anybody help me by answering the following question as an example: Thank you very much!

The order of a Markov chain is how far back in the history the transition probability distribution is allowed to depend on.

For a first-order Markov chain, the probability distribution of the next state can only depend on the current state. So your transition matrix will be 4x4, like so:

As for drawing the state diagram, you can find some examples online--the basic idea is that you draw a circle for each state, an arrow between each two states with transitions, and label each arrow with the transition probability. Here's an example with four states (from here): 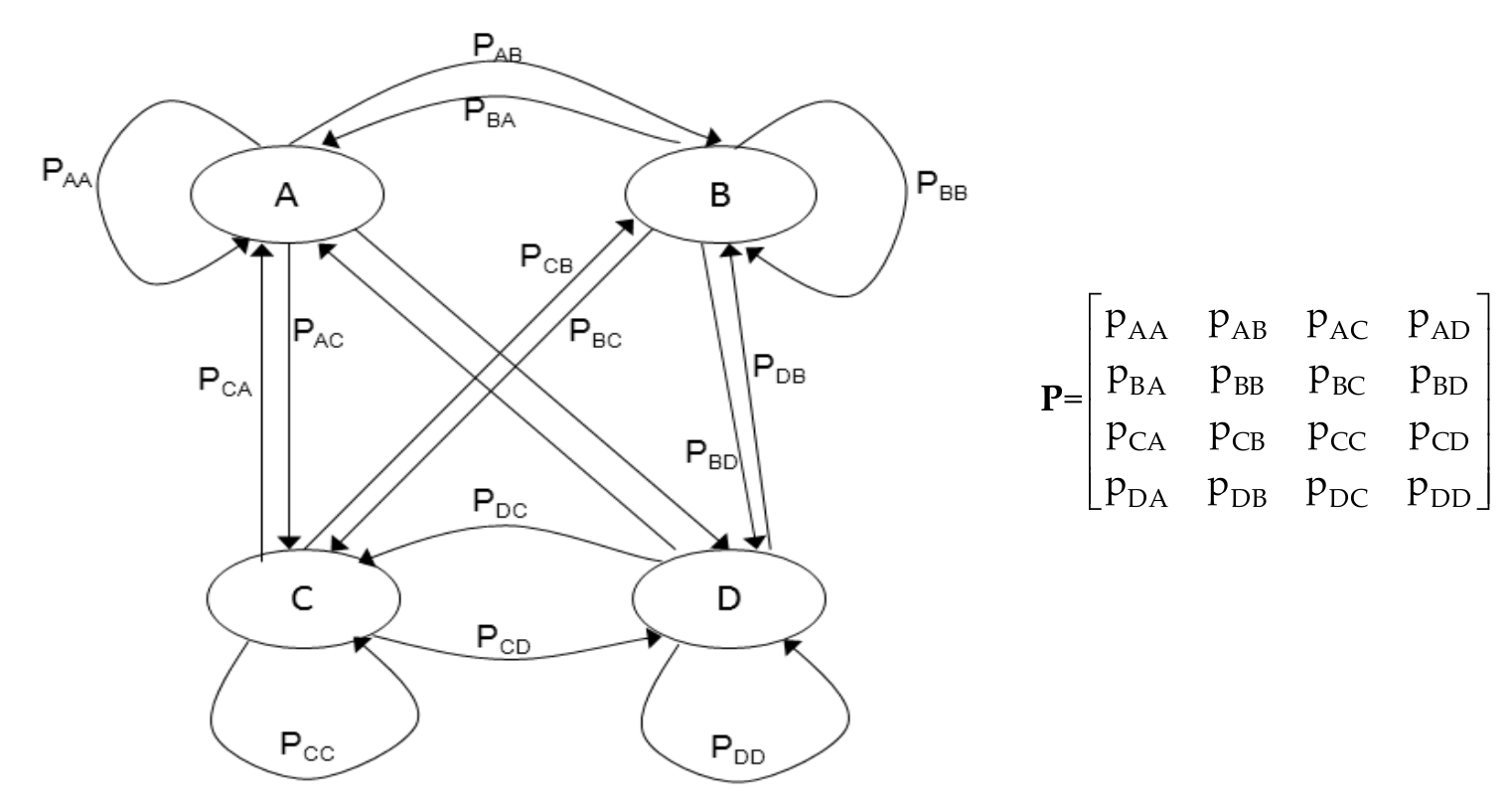 Not the answer you're looking for? Browse other questions tagged markov-chain or ask your own question.

1
Markov chains that do not contain all the states in the model
3
High order Markov Chain transition probability
1
Markov Chain State Transition Probability in R
1
How to encode the time in an Markov Jump Process
1
Why do Fisher & $\chi^2$ tests show dependence for simulated Markov chain in nonadjacent observations?
1
Irreducibility of a Markov Chain
1
Gibbs sampling for reducible chain
3
Fit and evaluate a second order transition matrix (Markov Process) in R?