Looks very simple, but I couldn't get it to work: on my data, the values of $M_n$ did oscillate randomly for a while but very soon dropped to zero (to values like 1e-100) an stayed there; there were some large factors when actual change occurred in the data, but it would take a lot of factors to return from 1e-100...

I tried a simple test: generated uniformly distributed $p_i$ and computed $M_n$ for them. Here is the complete python code of my test ($\epsilon=0.92$ is a suggested value from the papers, but I've tried other $\epsilon$ with similar results):

And I observed the very same behaviour: $M_n$ always dropped to zero! Sometimes faster, sometimes slower, but always. Here are some sample graphs of $M_n$: 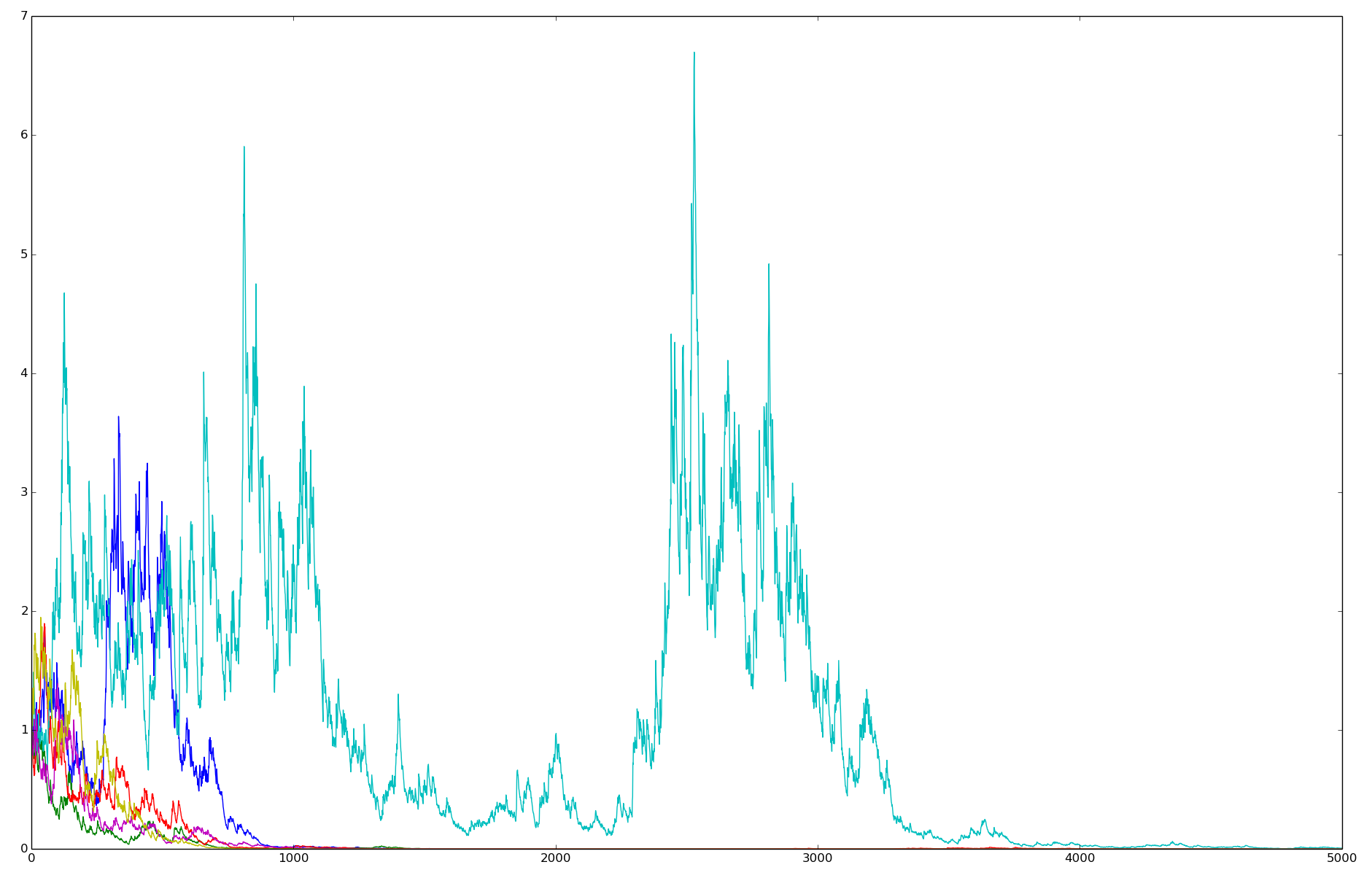 It does look like a random walk, but it always eventually drops to zero even for perfectly uniform p-values. This obviously will not work for change detection because even a relatively long sequence of small p-values cannot resurrect $M_n$ from 1e-100.

So my question is: what am I doing wrong?..

Your implementation is correct. The power martingale tends to get very small (closer to 0) when p-values are uniformly distributed. To avoid that, you just need to restart your martingale from 1 as soon as it gets smaller than 1. So just add:

This will keep your martingale small (but not less than 1) when the p-values are uniformly distributed, even for a long period.

In my opinion you don't understand change concept. Try to do this:

About the algorithm. You need to implement (all the reference are on Ho & Wechler paper):

Not the answer you're looking for? Browse other questions tagged martingale novelty-detection or ask your own question.