How to estimate the percent of the variation of a time series explained by another time series (non-stationary)?

I've been learning about time series analysis because I want to understand how much groundwater level changes in an aquifer affect land subsidence (land sinking). I have two time series: (1) measurements of aquifer water levels and (2) measurements of relative land surface movement. Both series are regularly sampled; monthly measurements for 40 years (480 observations).

From the literature, I know that groundwater levels influence land surface elevation. Just by looking at the plots, I can see that the rate at which the land was sinking has slowed down and reversed as the aquifer water levels recovered over time. 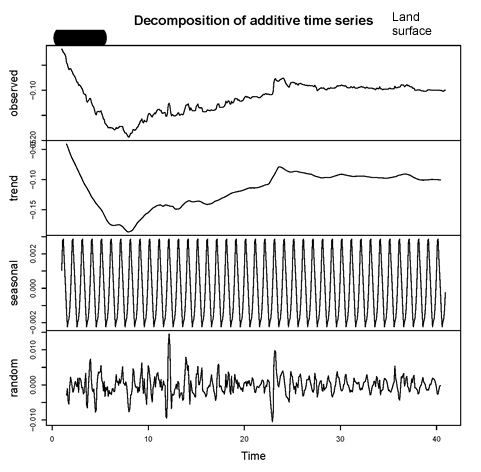 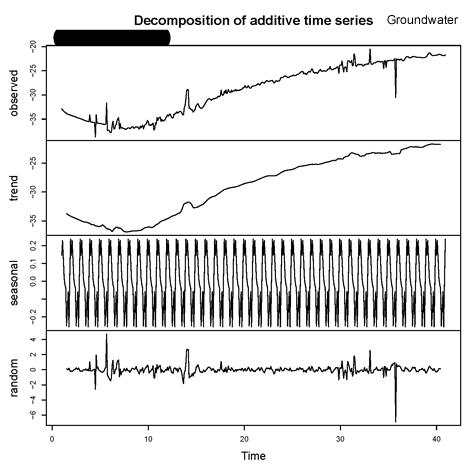 After all the time series analysis research I've done, I still cannot grasp how to get at an estimate of the percent of the variation in land surface movement explained by groundwater level.

Browse other questions tagged r time-series cross-correlation or ask your own question.

17
What methods can be used to determine the Order of Integration of a time series?
2
Interpretation of ADF(Augmented Dickey-Fuller) and KPSS (Kwiatkowski–Phillips–Schmidt–Shin) tests for time series
0
Reason for non-stationarity
1
Non-stationarity of macroeconomic y/y growth rates
1
Regression of Stationary Time Series in Non-Stationary Time-Series