This is a very nerdy joke, that needs certain kind of Bayesian to appreciate: 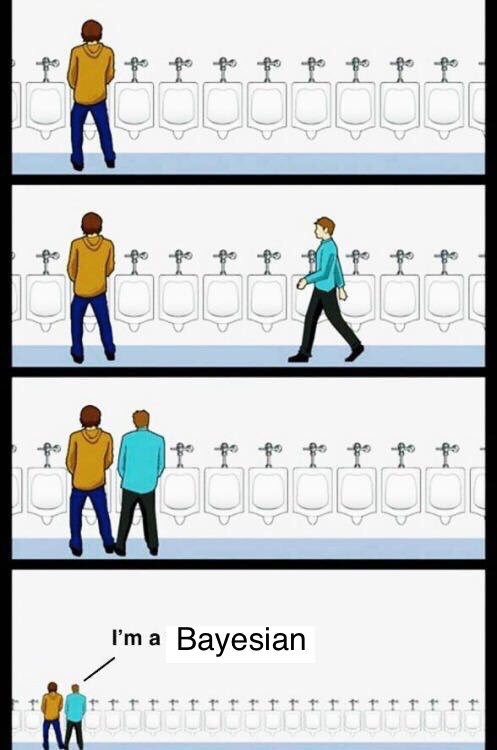 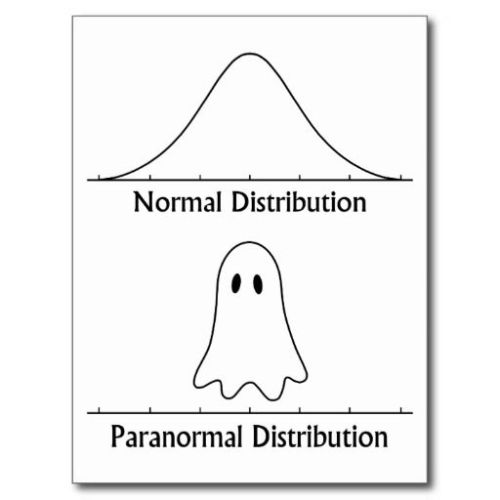 Any statistician reporting a p-value greater than 1 has a 110% probability of getting fired.

I noticed one of the jokes Peter Donnelly had in his TED talks was selected but I felt another was better, which he says came from a senior colleague.

Statisticians are people who like figures but don't have the personality skills to become accountants.

PREAMBLE:It may help those who are unaware of what "epidemiologists" do to know that they are researchers who collect data about people and diseases and try to find patterns. This involves lots of data collection and statistical analysis usually. A simple (and early) example of what an epidemiologist does would be the first study to show that those who smoked were more likely to develope lung cancer etc.

A few weeks later they all find themselves on the same train again. They sit together and start chatting once more. "We've done what you suggested", says one of the epidemiologists. "And just bought one ticket between the five of us!" "Oh really", says one of the statisticians. "we haven't bought ANY tickets this time!" The epidemiologists look at each other in amazement. "OK, one ticket between you is fine but not buying any at all is ludicrous!"

THE MORAL OF THIS STORY: Epidemiologists should not attempt to use statistical methods without fully understanding the theory behind them!

It's OK that I posted this in May, because there's a margin of error of +/- 1 month.

We can define two Murphy's laws for statistics and data science:

Murphy's law of small numbers: if the sample is small, so it can be unrepresentative, it will, inevitably leading you to incorrect conclusions.

Murphy's law of large numbers: if the sample is big, there usually will be big problems with the data (e.g. strange format, wrong encoding of the variables, it would lack the key features needed for understanding it, it will have huge number of duplicates, data would be binned in a stupid way etc.).

This is a variation of a previous joke. If you think about it, I think it's slightly funnier than the other version, for subtle reasons that will occur to you as you ponder it.

If you choose an answer to this question at random, what is the chance you will be correct?

What kind of rash do statisticians get?
-- Poisson Ivy

One of my favourite quotes: "Statistics analyses convergence of sequences of random variables."

BTW: it seems like Einstein didn't really say that, but it's still funny, at least for me, hehe!

In average people do have 9.99 fingers.

Did you know you have more limbs than the average person?

A man and a woman asked, what is the probability that he/she went out into the street, meet a dinosaur.

Man begins to count and, finally, gives his version: "Taking into account all the possible factors - zero point three trillion.

She also meets once: "Fifty-fifty. "Why?" - Say it. "It's very simple: either meeting or not meeting."

265
Famous statistical quotations
366
What is your favorite “data analysis” cartoon?
95
Understanding “variance” intuitively
52
Most confusing statistical terms
55
Who are frequentists?
28
How to describe statistics in one sentence?
94
How much do we know about p-hacking “in the wild”?
17
What are good datasets to illustrate particular aspects of statistical analysis?
8
What will be the correct answer, if we modify the “Best statistics question ever”?
28
Beautifully written papers
See more linked questions