Will two distributions with identical 5-number summaries always have the same shape?

I know that if I can have two distributions with the same mean and variance be different shapes, because I can have a N(x,s) and a U(x,s)

But what about if their min, Q1, median, Q3, and max are identical?

Can the distributions look different then, or will they be required to take the same shape?

Just because the five-number summary is identical doesn't mean that the distribution is identical. This tells you just how much information is lost when we present data graphically in a box plot! 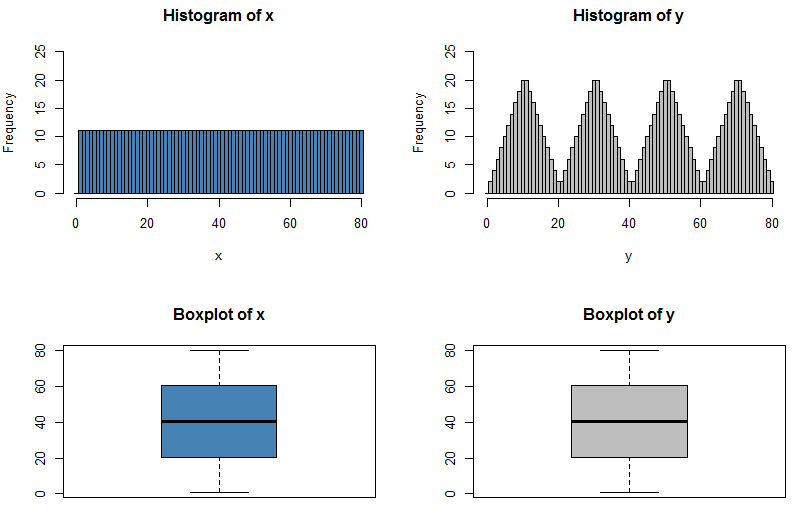 EDIT: As @Glen_b says, this becomes even more obvious when you look at the cumulative distributions. I've added gridlines to show the location of the quartiles, which are the same for the two distributions so their empirical CDFs intersect. 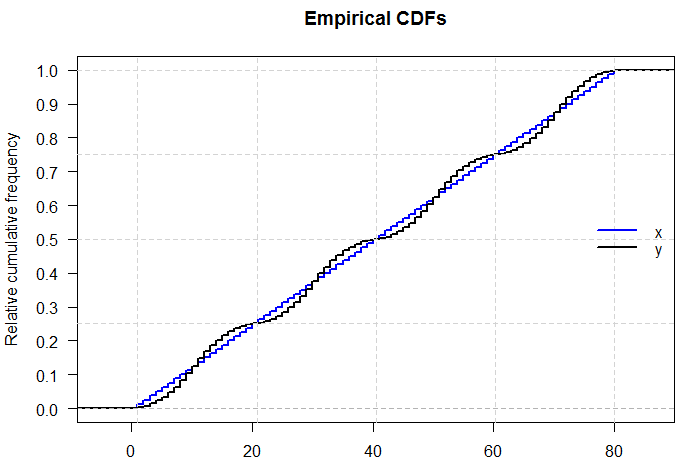 This is most clearly answered by considering the (cumulative) distribution function.

Specifying the minimum, maximum and the three quartiles specifies exactly 5 points on the cdf, but the cdf between those points may be any monotonic nondecreasing function in between that still passes through those points: 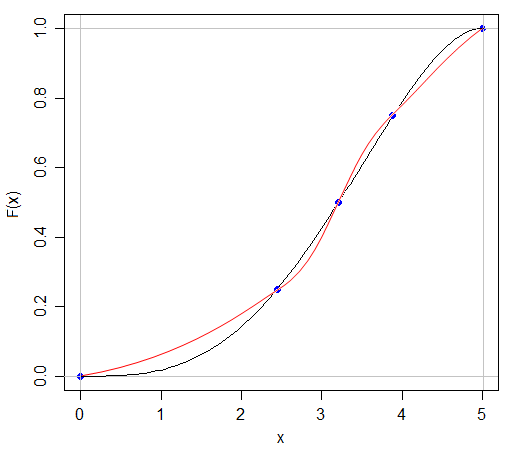 In the drawing, both the red and black CDFs share the same minimum, maximum, and quartiles, but are clearly different distributions. Clearly any number of other CDFs could be specified that also pass through the same five points.

In fact, all we've done is restrict our distribution function to lie within four boxes: 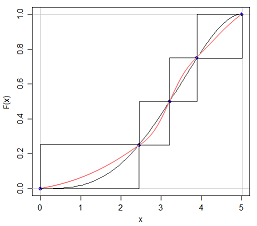 (as long as it also continues to satisfy the other conditions for a CDF). That isn't all that much of a restriction.

The same notion can be applied to sample quantities - two different empirical CDFs may nevertheless have the same five-number summary.

On that subject, see the four examples near the end of this answer, which all have the same five-number summaries, but which have very different looking histograms (which I'll reproduce below): 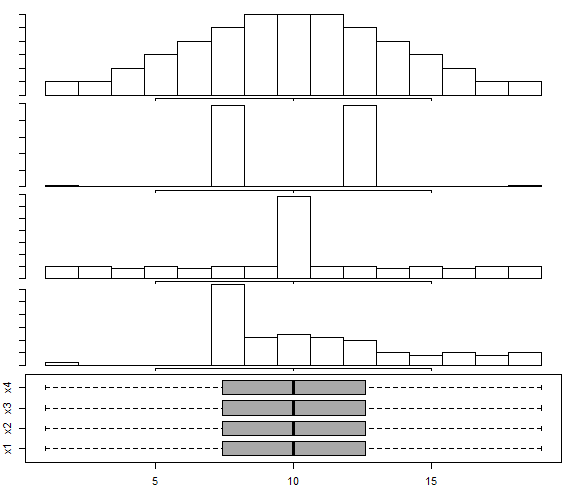 This again emphasizes that five number summaries don't generally do very much to tell us about shape.

A related example is the well-known Anscombe's quartet, where there are 4 datasets with 6 identical sample properties (though different from the ones you mention) look completely different. See: http://en.wikipedia.org/wiki/Anscombe%27s_quartet

Not the answer you're looking for? Browse other questions tagged distributions descriptive-statistics or ask your own question.