Question: are there any other algorithms similar to this (controlling for seasonality doesn't matter)?

I'm trying to score as many time series algorithms as possible on my data so that I can pick the best one / ensemble.

I'm sure there have been many techniques and advances since 1983!. I have tested on my internal data, and Twitter's anomaly detection does not identify obvious outliers. I would use other approaches as well to test for outliers in time series. The best that I have come across is Tsay's outlier detection procedure which is implemented in SAS/SPSS/Autobox and SCA software. All of which are commercial systems. There is also tsoutliers package which is great but needs specification of arima model in order to work efficiently. I have had issues with its default auto.arima with regards to optimization and model selection.

Tsay's article is a seminal work in outlier detection in time series. Leading journal in forecasting research International Journal of Forecasting mentioned that Tsay's article is one of the most cited work and most influential papers in an article linked above (also see below). Diffusion of this important work and other outlier detection algorithms in forecasting software(especially in open source software) is a rarity.

Here are the options for Anomaly Detection in R as of 2017.

I've come across a few sources that may help you but they won't be as easy/convenient as running an R script over your data:

Autobox(my company) provides outlier detection. Twitter's algorithm gets the big outliers, but misses the smaller ones compared to Autobox.

It takes a long time to run, but the results are better for finding the smaller outliers and also changes in the seasonality which are also outliers. Below is the model finding 79 outliers using the first 8,560 observations of 14,398 original observations. The standard version max's out at 10,000 observations, but it could be modified for more, but there is no real reason to have that much data anyway when you want to identify and respond to outliers.

We were influenced by the work done by Tsay on outliers, level shifts, and variance change and Chow's work on parameter changes along with our own work on detecting changes in seasonality,

If you download the 30 day trial and load in the Twitter example data and specify the frequency to be 60 and save 3 trigger files in the installation folder (noparcon.afs, novarcon.afs, notrend.afs) and create a file called stepupde.afs with 100. 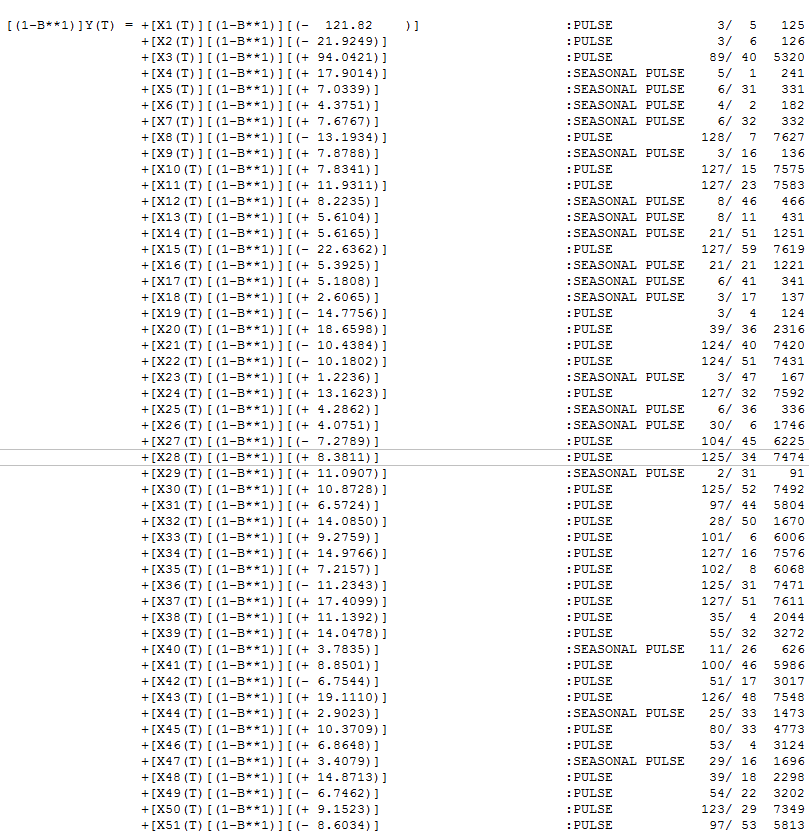 In Python, the Anomaly Detection Toolkit (ADTK) provides really a nice interface and suit of functions. This talk from 2019 provides a walkthrough of the features, but essentially the same material can be found in the examples in the docs. The package provides 13 built-in methods for detection ranging from the very simple, e.g. thresholds, to the complex e.g. PCA residuals or changes in variability:

There are also nice plotting abilities and functions to deal with typical things like seasonality. 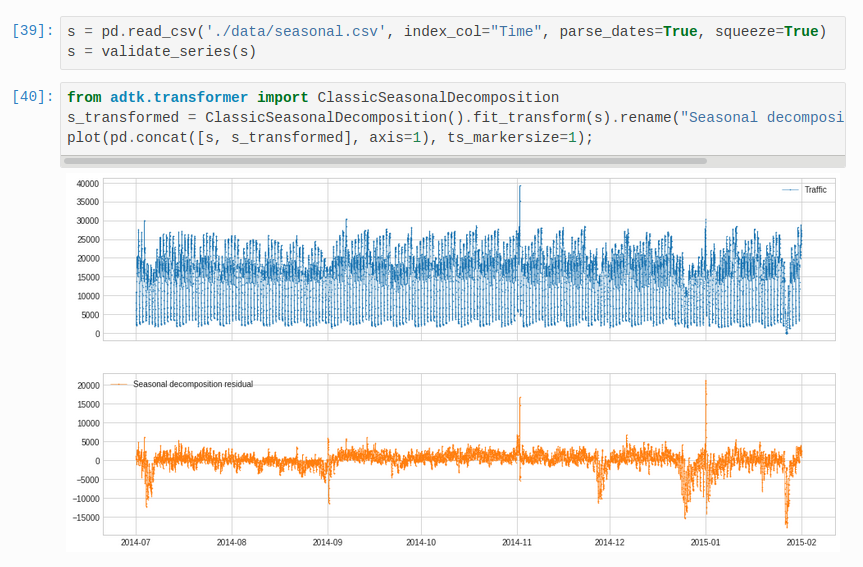 Not the answer you're looking for? Browse other questions tagged r regression time-series anomaly-detection or ask your own question.

0
How to detect the anomaly in a time series data with trend and seasonality present?
78
What algorithm should I use to detect anomalies on time-series?