This is my data 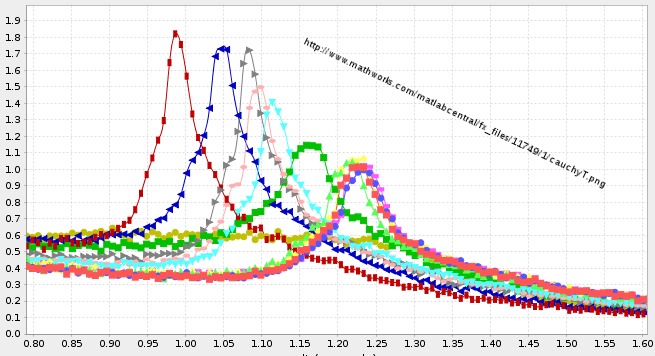 there is more actually... but I just want to know if this looks like a Cauchy distribution, such as these: 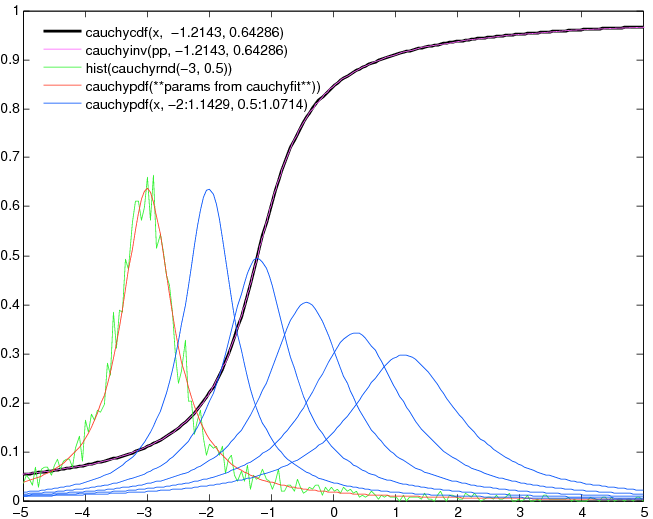 I'm asking about just that bump... here is the whole distribution , it's clearly not Cauchy , here is the entire histogram. .. the tail off to the right is exponential. 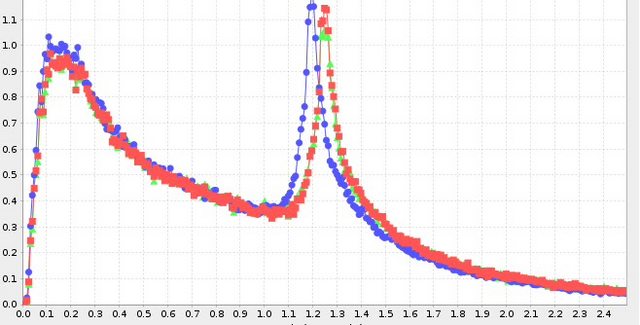 UPDATE: here it is with an exponential for comparison 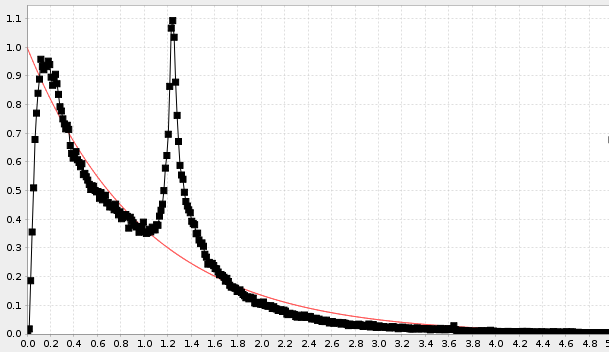 No -- except in the most superficial of senses (like, "they're unimodal").

For starters, those curves don't seem to even be density functions: 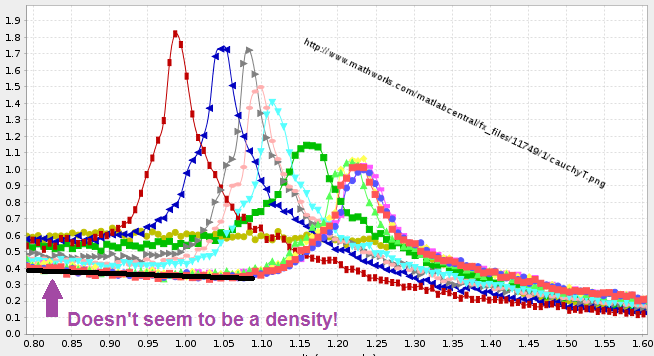 ... since if that increase going toward the left continues beyond the left edge of the plot, it won't even have a finite integral.

(If it doesn't continue increasing as you move left, it implies bimodality, so it would still certainly not be Cauchy.)

Even ignoring that, they're not even close to symmetric. If we flip over and overlay the plots so the peaks nearly coincide (see the pink one), then we can clearly see the asymmetry: 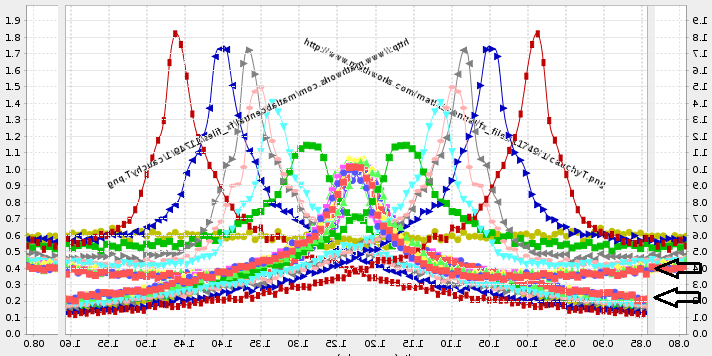 So no, they don't look like densities to me, and they're not symmetric, let alone Cauchy.

In response to the now-changed question:

How would you choose between the Cauchy and the infinity of other candidates with very similar-looking bumps in the middle?

Here's an example -- two scaled densities that look more or less like your curves near the peak. 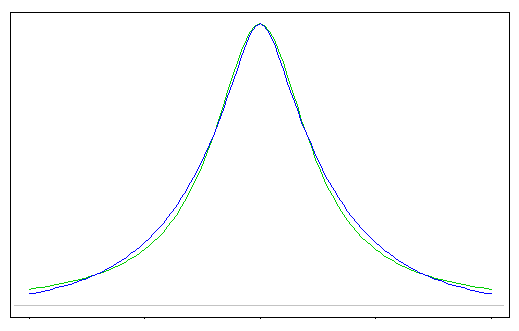 Which do you chooose? (Now imagine instead there was another hundred similar looking curves there. Now how do you begin choose?)

You can't identify the mathematical form "by eye". Theory, where possible, is a better way to arrive at a suitable description of a peak.

If you're saying "is it reasonable to model a short region around those peaks with a function of the form $y=\alpha+\frac{\beta}{1+(\frac{x-\theta}{\tau})^2}$?" ... then quite possibly, since models aren't necessarily intended to be exact descriptions (they're models, after all), and near the peak it does look at least something like a constant plus a scaled truncated Cauchy. But any number of other choices may do as well or better.

yes, the Cauchy distribution appears in the power-spectral distribution of a self-exciting process which is what I conjectured the data source to come from.. or rather an ergodic mixture of a Cauchy process and a self-exciting process perhaps. See Remark 6 on page 11 of https://arxiv.org/abs/1507.02822 "Remark 6 The power spectral density appearing in Theorem 2 is a shifted scaled Cauchy p.d.f."

Not the answer you're looking for? Browse other questions tagged distributions data-visualization histogram cauchy-distribution or ask your own question.