I am working on some blood flow data, obtained through doppler. The resulting dataset is a time series, in which each row consists of the following variables:

My problem is that flow values, even when corrected for the angle of incidence, yield unrealistically high values.

How can I quantify the role of each independent variable participating in the blood flow variability, since I suspect this would be a good way of detecting the culprit variable?

Would a spearman correlation be a suitable test?

And could someone please tell me if the below reasoning seems correct? Or am I doing this wrong?

I tried to eyeball the distributions, which after removing the ouliers using $Z_{score}<3$, yield the following: 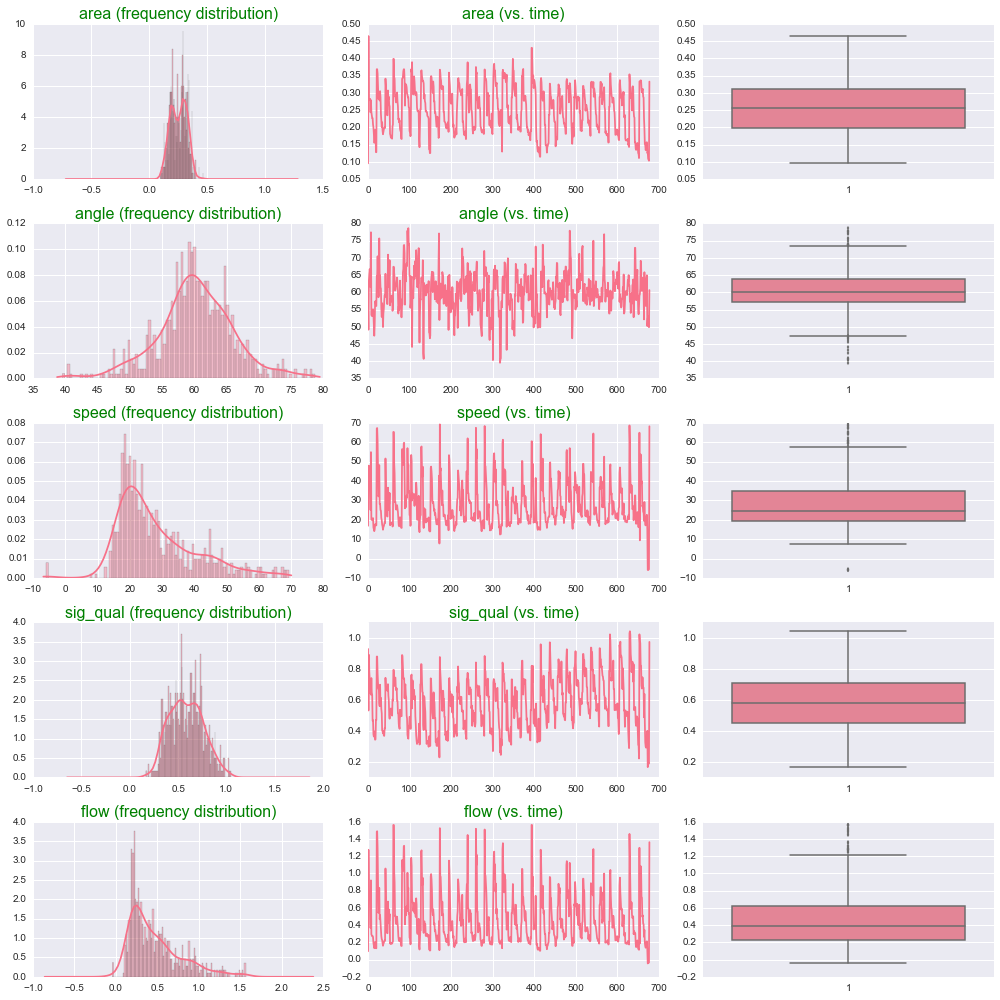 Finally, the imprecision in measurements seems systematic, as can be suspected by looking at the following graph (the cumulative sum of flow is linear, and its derivative is flat) 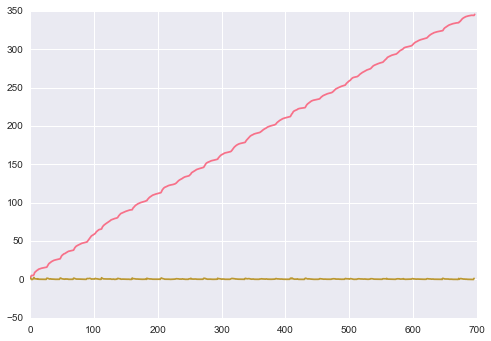