How to read this variable-width chord diagram

This chord diagram is featured in another question asking for its name. Source: Deloitte report, page 10.

I've been staring at it for several minutes and still can't figure it out. It's presumably about customer flow between brands over time. I think each chord represents some net customer change between two companies and that the color indicates the winner. But the text says Apple lost customers to Samsung and their shared chord is Apple's color.

More mysterious, how should the chord thickness be interpreted? The thickness varies at each end. In other chord diagrams I've seen the thickness is the same at both ends, so maybe this is a variation from the norm.

For example, there is a 1%-wide chord in Nokia that goes to an 8%-wide chord in Samsung. What does that mean? My best guess is that there are two different scales at play, a before and an after since I think this chart is representing change over some period of time. But it's still hard to make sense of it. 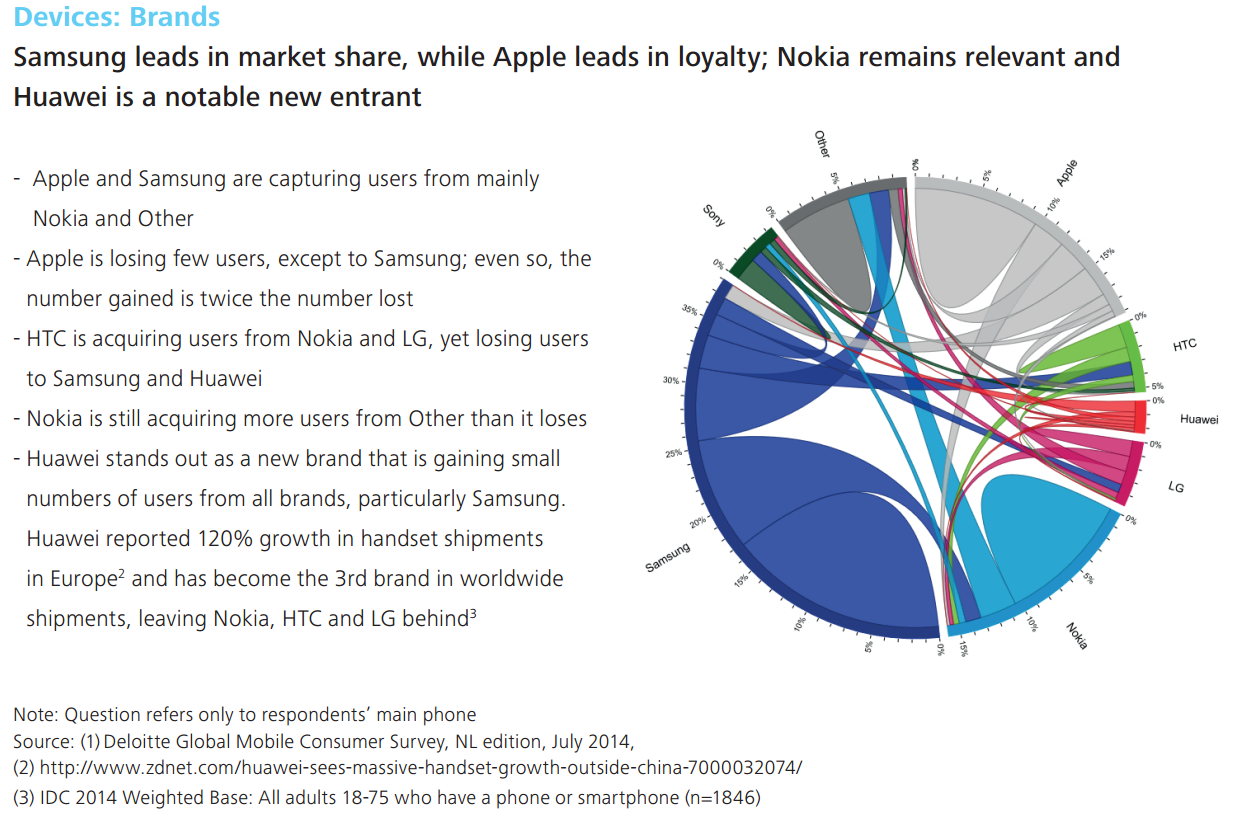 A contact at Deloitte pointed me to an excellent narration of the graphic from author Nadieh Bremer.

Each chord from A to B represents customers that switched from A to B or from B to A. The chord thickness at each end represents the number switching to that brand. The color matches the brand with a net gain.

The statement "Apple is losing few users, except to Samsung" makes sense now. All of the Apple to X chords are very skinny on the X side, except for X=Samsung.

The 1%-wide chord in Nokia that goes to an 8%-wide chord in Samsung means that 1% of the respondents more from Samsung to Nokia and 8% moved from Nokia to Samsung.

6
What is the name of this graph?

1
How to read a value-quantile diagram?
6
What is this kind of tabular relation diagram called?
2
How to plot a comparison of read counts in R
2
How to read legend of graph showing overlaid areas