How can I see sample autocorrelation from time series plot?

Lets say I am given time series plot. 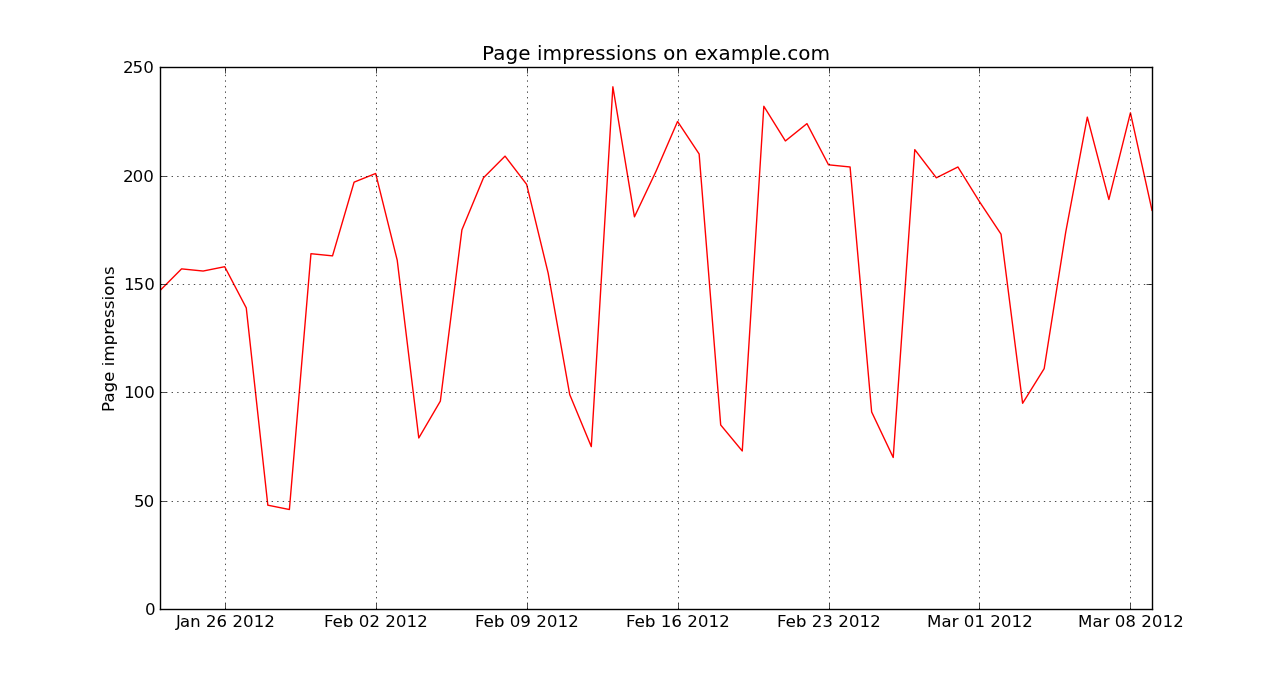 How can I estimate $r_1$ and $r_2$ which are sample correlation? I don't understand how to see correlation from data plot.
I know how to get and use ACF and stuff from the data itself but I am having problem with understanding time series plot.

The time series itself is probably not the best way to "eyeball" autocorrelations. A standardized scatter plot with the desired lag between the abcissa (x) and ordinate (y) would do a better job. However, you can imagine the time series plotted with lag=1, lag=2 etc. on the same axes. Then the question is how much the original and the lagged series overlap (for lack of a better term). Your series would probably have slowly decaying autocorrelation since there are relatively flat intervals which, after a shifting, still overlap as long as the shift isn't too large. Then it would spike at lag=7 and lag=14 since there is a clear cyclical pattern of 7 days.

Not the answer you're looking for? Browse other questions tagged time-series autocorrelation scatterplot or ask your own question.