Could i be coding the variables wrongly? Thanks! 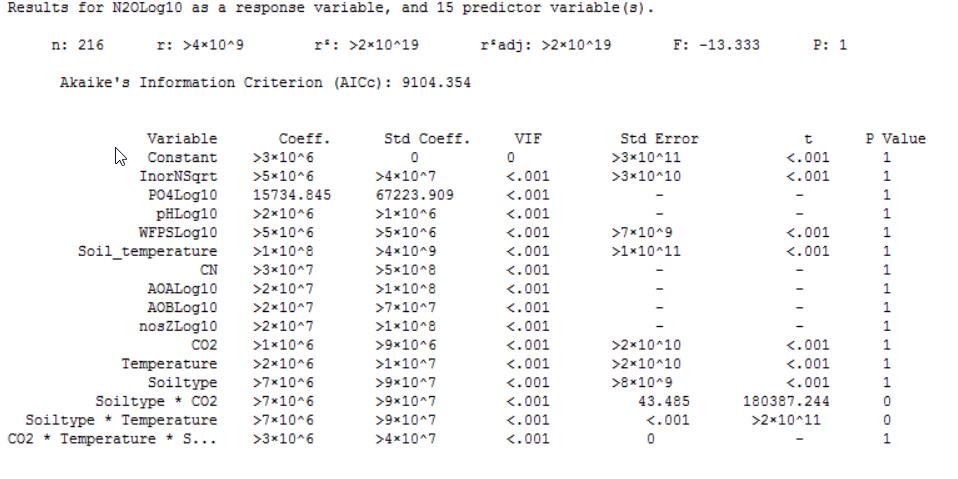 Too long for comment and I am listing my suggestions here. There are still some major problems about the data and without looking at the data myself I can't tell what is wrong. My gut sense is some of your predictors could have been a constant or nearly so: that is little or no variation in that predictor. The one thing I am sure is that this is wrong: for example, $R^2$ is bounded between 0 and 1; it cannot be more than $2 \times 10^{19}$.

So, here are suggestions for you to revise the question further or communicate with a statistician:

It would be helpful to start with just a few independent variables, presumably the major one that you're interested in and then slowly add variables and observe if anything changes. The model may collapse like this after the addition of a certain independent variable; by adding them incrementally you have a better chance to figure out which one is wrong.

Examine the relationship between the dependent and each of the independent variables carefully, using both statistics (linear regression, t-test) and graphs (box plot, scatter plot, etc.)

assuming we are using Level 1 as the reference group. To further put interaction into it, the model will become:

Finally, the software output is really weird. I will be worried that some software will still produce output even nearly everything is wrong. I'd recommend cross-checking it with other software.

Overall, there are too many items to address, so I'd strongly recommend you to bring your data to a statistician and work this out.

My guess is that you are using a less than full rank model matrix, which results in non-unique estimated coefficients and this is why you are seeing some weird output.

Not the answer you're looking for? Browse other questions tagged regression categorical-data or ask your own question.