I am trying to build an ARMA GARCH model and since I haven't found much information about the actual process I'll try it here.

So, what have I allready done?

I have tested my data for stationarity and consequently I have differenced it to make it stationary. I have then evaluated several ARIMA specifications and according to AIC,BIC and Q-test I have decided to use AR(1/3,5,6) model, which exhibits almost none autocorrelation among the residuals.

Then, I have checked for ARCH effects using the archlm test and indeed, there were some. Hence, I have examined autocorrelation among the squared residuals from my ARIMA model and there were some significant values (29% at first lag, 13% at the fourth).

Having confirmed the ARCH effect I have decided to include GARCH(1,1) to my previous model and there are two scenarios I have tried.

To conclude I am able to identify and fit the ARMA, but I am not able to fit the GARCH. Am I doing it wrong?

PS. One thing which confuses me a bit and which I was not able to find is whether to determine the ARMA model and then use the GARCH model wit appropriate ARMA terms or if I should estimate the ARMA using my dependent variable, then take the residuals of the estimation and use them as dependent variable for the garch modelling?

As @Dan requested here are the plots 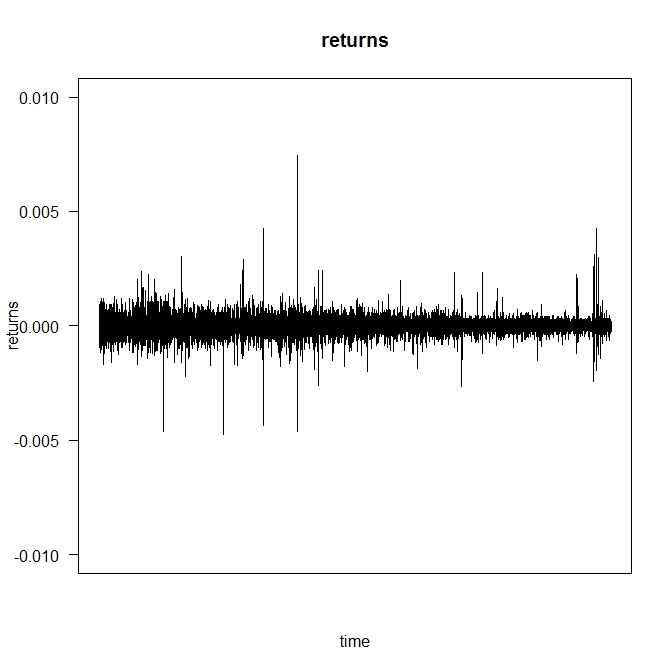 ACF of the time series 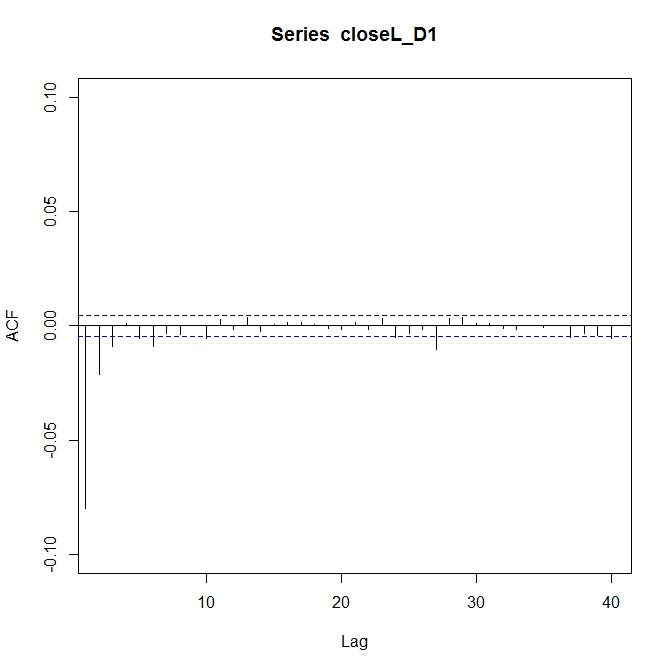 ACF of the residuals after the ARMA estimation 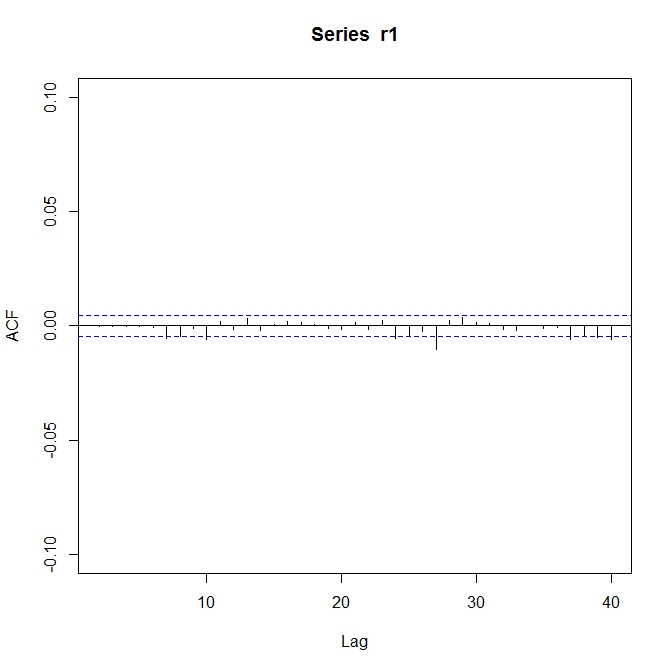 ACF of the squared residuals 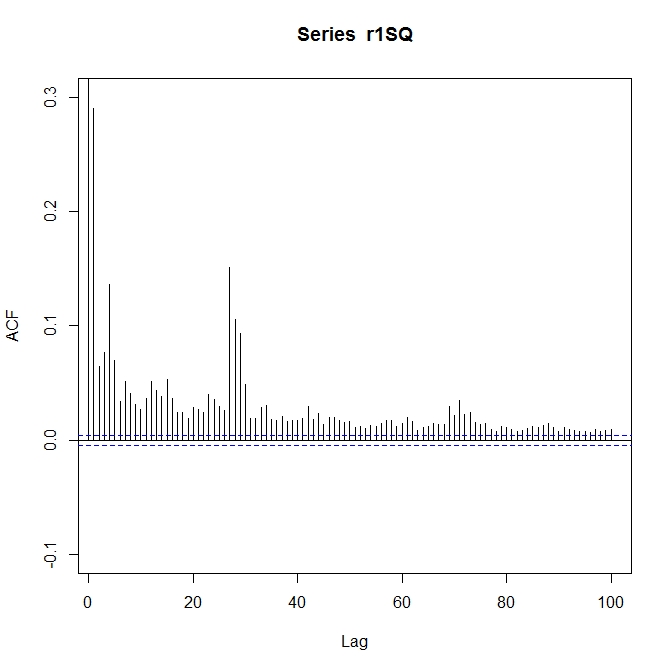 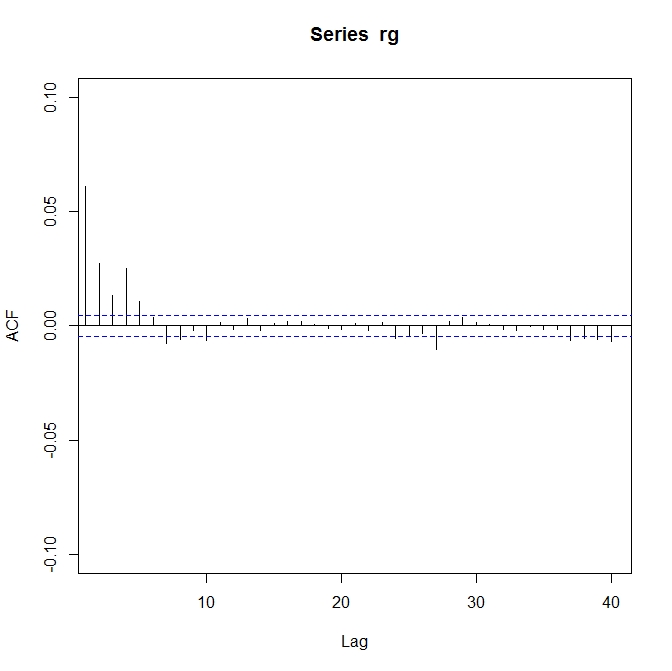 and the squared values 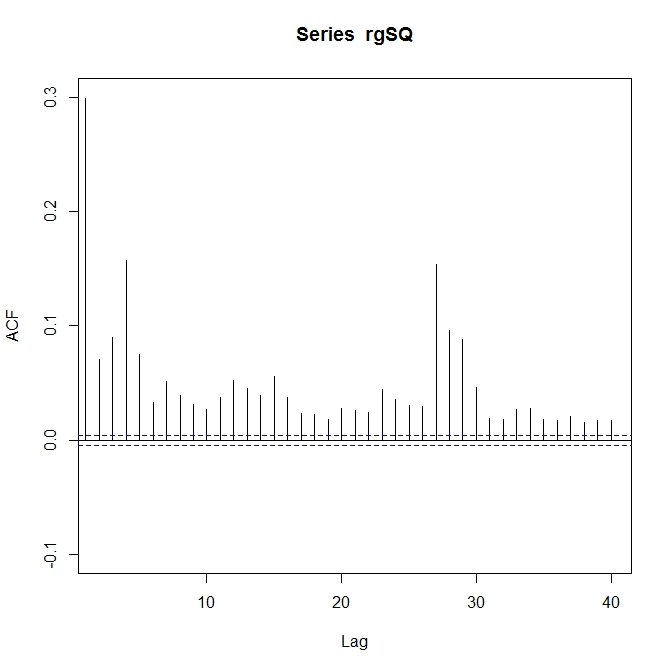 I suggest you should determine both the ARMA and the GARCH parts simultaneously. If you determine the ARMA part first by temporarily ignoring GARCH, this will lead to inconsistent ARMA parameter estimates (unless the MA part is missing) and probably suboptimal selection of autoregressive and moving average lag orders -- because ACF and PACF confidence bounds will be invalid given the neglected GARCH-type residuals. Also, the Ljung-Box test will not have the regular null distribution under GARCH-type residuals, thus you cannot rely on it for testing how well the ARMA model captures the patterns in the data.

These issues have been discussed in earlier posts here, here and to some extent also here.

Not the answer you're looking for? Browse other questions tagged arma garch or ask your own question.

5
ARMA/GARCH estimation in sequence
3
The use of GARCH
5
Procedure for fitting an ARMA/GARCH Model
2
Specifying an ARMA-GARCH model without rugarch
2
Easy explanation of how to fit a multivariate GARCH model (in Gretl)
2
To fit a GARCH on ARIMA residuals or to fit an ARIMA+GARCH
1
Simultaneous estimation of ARMA and GARCH components
0
ARMA lag selection for ARMA-GARCH models
0
Fitting ARMA GARCH
0
ARIMA(p,d,q) + GARCH(p,d,q) model
See more linked questions