Is my data normal graphical vs. analytical test

I am trying to determine if my data is normal. I am using R.

since the pvalue is > .05 I cannot reject he null so the data IS normal

so I reject the Null and the data is not NORMAL

THEN when I look at a QQnorm I see 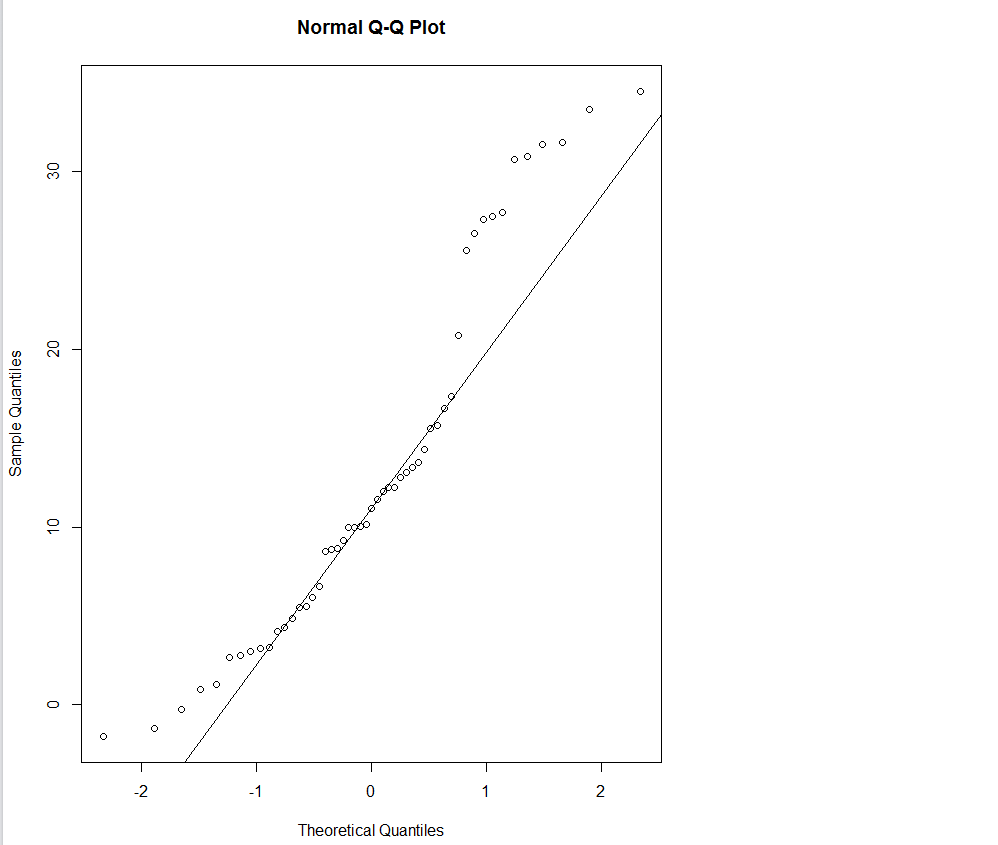 and that does not look normal.

So your first test, the Jarque-Bera test doesn't test for normality. It tests if the skewness and kurtosis is the same as that of a normal distribution. That is not the same.

The Shapiro-Wilk test does look at normality.

Looking at your data, it does not look normal.

First your qq-plot deviates quite a bit from the line. Moreover, going by the Shapiro-Wilk test -- it's not even close -- your p-value is $\approx .001$. That's very significant. If it was 0.04, that would be more of a subjective call...

Not the answer you're looking for? Browse other questions tagged hypothesis-testing distributions normal-distribution or ask your own question.

1
Appropriate probability threshold for Jarque-Bera test
7
Is there any test for a null hypothesis of non-normality?
5
Can you test for normality for a (0,1) bounded distribution?
4
Interpreting normality tests results
11
Is the Shapiro Wilk test W an effect size?
3
Shapiro-Wilk test on transformed data
1
Why use normality tests if we have goodness-of-fit tests?