I am interested in the size of an animal in two populations, and found reliable estimates of the population provided by NOAA. The data was in the form of estimated total population within discrete size intervals, presented like so:

I have graphed the cumulative size distributions of these populations, now how can I describe the difference? 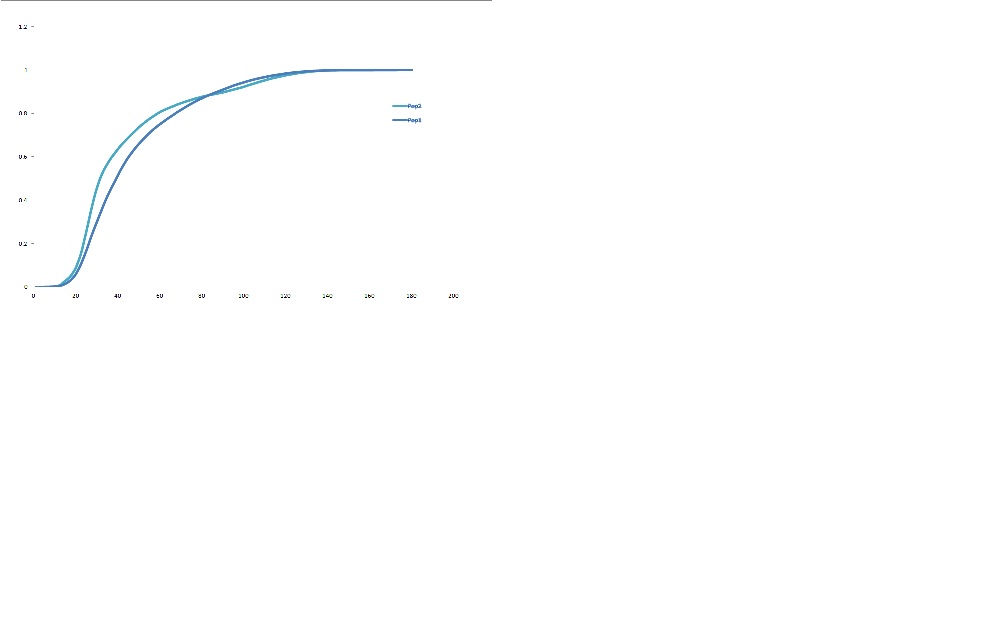 Browse other questions tagged estimation population ecdf ecology or ask your own question.