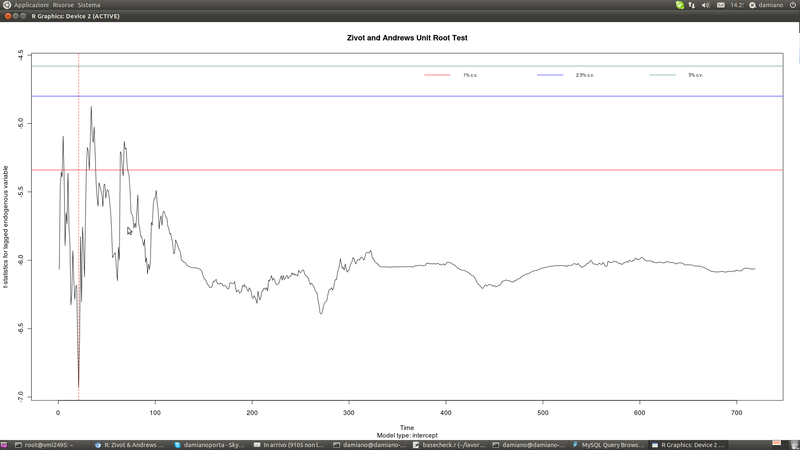 And the results are:

A potential break at position 21 seems correct, but the test tells there is not a unit root...so, how is it possible that the test "pass" for unit root checks but it also gives a potential break? How to interpret the chart?

Then depending on the model variant, the alternative hypothesis is a trend stationary process that allows for a one time break in the level, the trend or both.

I can barely read the chart. I suspect it is a chart of the ADF test statistic values for each possible breakpoint. The ZA approach estimates the breakpoint to be where the ADF unit root t-test statistic is minimised (i.e. the most negative).