I thought I'd first give a brief description of what my data is so that it's easier to understand what my problem is. I have a dataset which goes as follows:- binned mass differences of compounds vs binned pearson correlation coefficients vs frequency 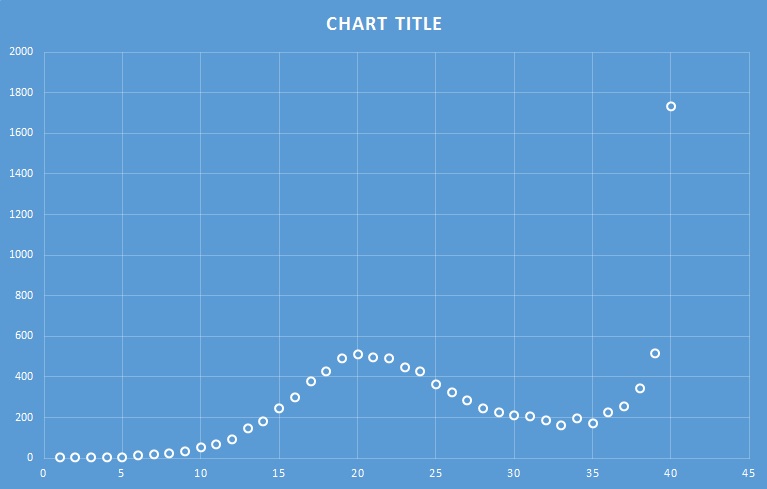 Going up is the frequency and going across is the pearson correlation coefficient bins (there's 40 bins that stretch from -1 to +1, meaning they go up in 0.05, like -1 to -0.95, -0.95 to -0.9 etc). As you can see, the data is normally distributed for pretty much half the data (up until 20, which represents the bin -0.05 to 0 etc), but it reaches a point where it begins to go back up and it no longer follows a normal distribution (around 30). Is there a way of somehow using the distribution of data to define a cut off point as to when the data no longer follows normal distribution? So like plotting a Gaussian curve onto the data and looking at the point at which the data deviates from the curve etc. Hope this makes sense.

Edit: I don't know if this would be a good way of doing it, but if we used the first half of the data and mirrored it to generate a mean and std etc, is it possible to somehow then define an equation for that normal distribution curve and somehow use that to see which points from the original data (the points in the second half) deviates from the normal distribution and where this begins?

Yes, probably the best way is to fit a Gaussian on tyou data and then you could truncate them as the differences between the data and the fitted distribution exceeds a certain level (e.g. 20%). This way you should get a value around 30 in your case.

Is a bit tricky to determine the correct parameters for the Gaussian, since you probably will have to do it semi-manually, because the right tail would derail your estimates.