I'm trying to build a model that can predict streamflow for an alpine (snowmelt-fed) watershed using snow albedo (roughly, the energy reflectance of the snow) data. Albedo controls the melt of the snowpack, and higher albedo means slower melt, and vice versa. I have daily time-series data for both the snow albedo and streamflow, for 12 years from 2002-2013. The albedo time-series was obtained by spatially-averaging albedo data (raster files) from NASA's MODIS satellite.

I have tried various methods (simple regression, GLMs, GAMs, decision trees and random forests) to build the flow prediction model, but all of them fail because of the autocorrelated relationship between albedo and flow. Since the albedo is a snowpack property, there is a lag between it and the flow (related to snowmelt).

The Cross correlation function (CCF) between albedo and flow is shown below: 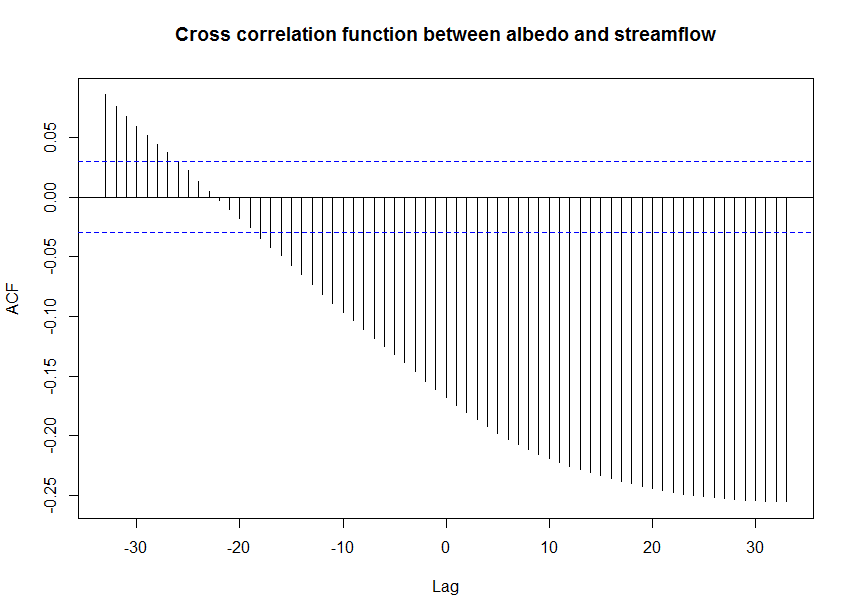 I have tried to include albedo lags of various days into the models, but I'm not able to mimic the distributed lag relationship between albedo and flow. I have tried to add precipitation, temperature and other climatic data to the predictors, but they don't seem to help. There are similar lagged and cross-correlation problems between these other predictors and flow.

The albedo, flow, precipitation and air temperature time-series are shown below: 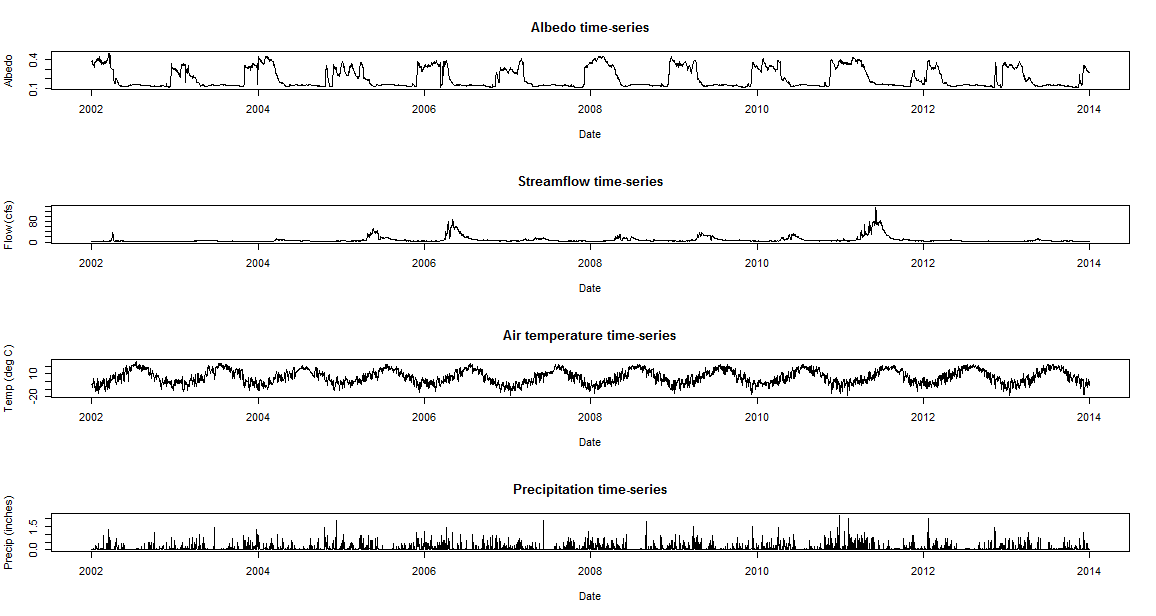 Is there a statistical or machine learning technique in R that I can explore to build the albedo-streamflow model?