How to interpret my coeff/ORs when the main effect of my two predictors is significant but not the interaction between the two?

Apologies as this has been posted before in similar topics but still I am trying to stretch my brain to understand it.

I have panel data, I am looking at both binary and count variables as outcomes and I am using random effect logistic and negative binomial regressions.

My two predictors are both discrete, one is smoking status (3 categories smoker non smoker and ex smoker) and the other is gender (binary) and I want to look at whether smoking cessation has an impact on reducing the effect of gender on selected outcomes.

I'm going to limit my response to your random effects logit model because I have lots of experience with that - negative binomial not so much but I think my comments are applicable there as well.

Marginal effects are linear or at least approximately linear for minute changes in X and are interpreted simply as the change in the probability of the outcome occurring.

Assume X is the IV, Y the DV, and Z is the moderator. You should calculate the average marginal effect (or marginal effect at the mean if you prefer) for X across different levels of Z. If the line is horizontal then there is no interaction, however if it has a slope (and the confidence intervals for the point estimates are not overlapping) then there is an interaction. It's a supremely nice, intuitive, visual way to see what's going on and it's statistically proper (I think).

This is what is proposed by Ai and Norton. http://www.unc.edu/~enorton/AiNorton.pdf

Before you go worrying about what to say when X is not significant by the X*Z term is, I would correctly model the interaction. I suspect the confusion will resolve itself when you approach the issue with a more refined technique.

Here's a silly example to illustrate.

I used the standard Stata example dataset - the auto data - to model the odds of a car being foreign. The predictors are the price of the vehicle and the headroom. I test for an interaction between these variables. 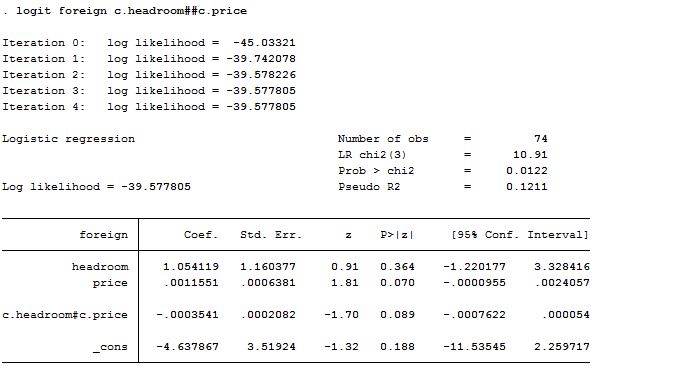 Note that the interaction is not significant.

Now we'll look closer at this with the margins command. 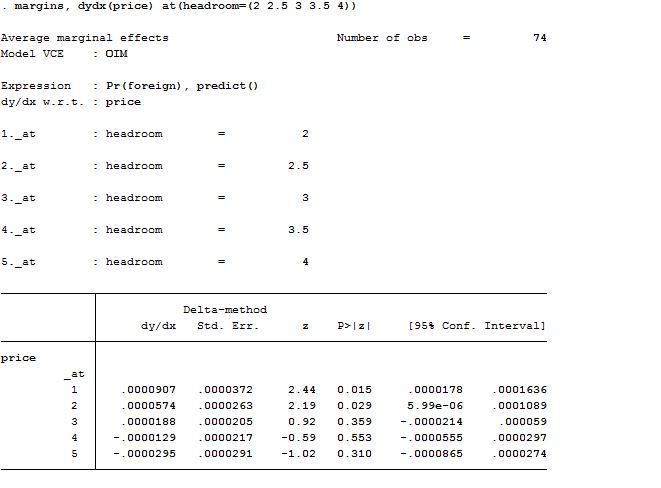 and now we can plot this with the command, marginsplot

and we get this: 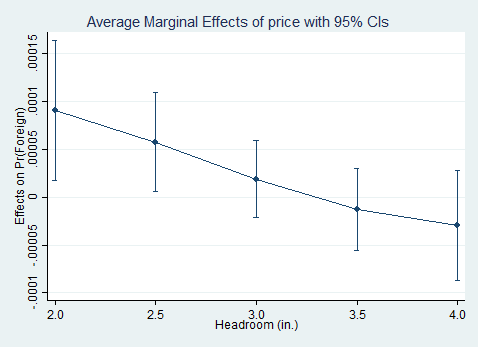 We can see that increases in price increase the probability that a car will be foreign when the car has little headroom. When cars have more headroom, increases in price actually reduce the probability of them being foreign. In reality, the model probably has causality wrong - foreign probably causes price, price doesn't cause a car to be foreign... but then the outcome would be continuous and not suitable for logit regression and my example would be out the window (so please forgive the silly example).

Of course, the wide confidence intervals are problematic, at all point estimates they overlap so I would say that in no case is this interaction statistically significant. I wish I could whip up a better example where some of the confidence intervals overlapped and some did not so you could see how this approach is a bit more detailed and nuanced than the sort of global approach you get with the significance of the odds ratio for the interaction. Maybe someone else can do that with a simulation or has a dataset on hand where that is the case.

In any case and as you can probably tell, I am not a statistician by trade so caveat emptor.

Not the answer you're looking for? Browse other questions tagged logistic interaction interpretation or ask your own question.