An example of Instrumental Variables use

In the following example of Greene's Econometric Analysis, he writes at a certain moment: «If the number of weeks worked, and the accepted wage offer are determined jointly, then $ln Wage_{it}$ and $u_{it}$ in this equation are correlated». Why is that? 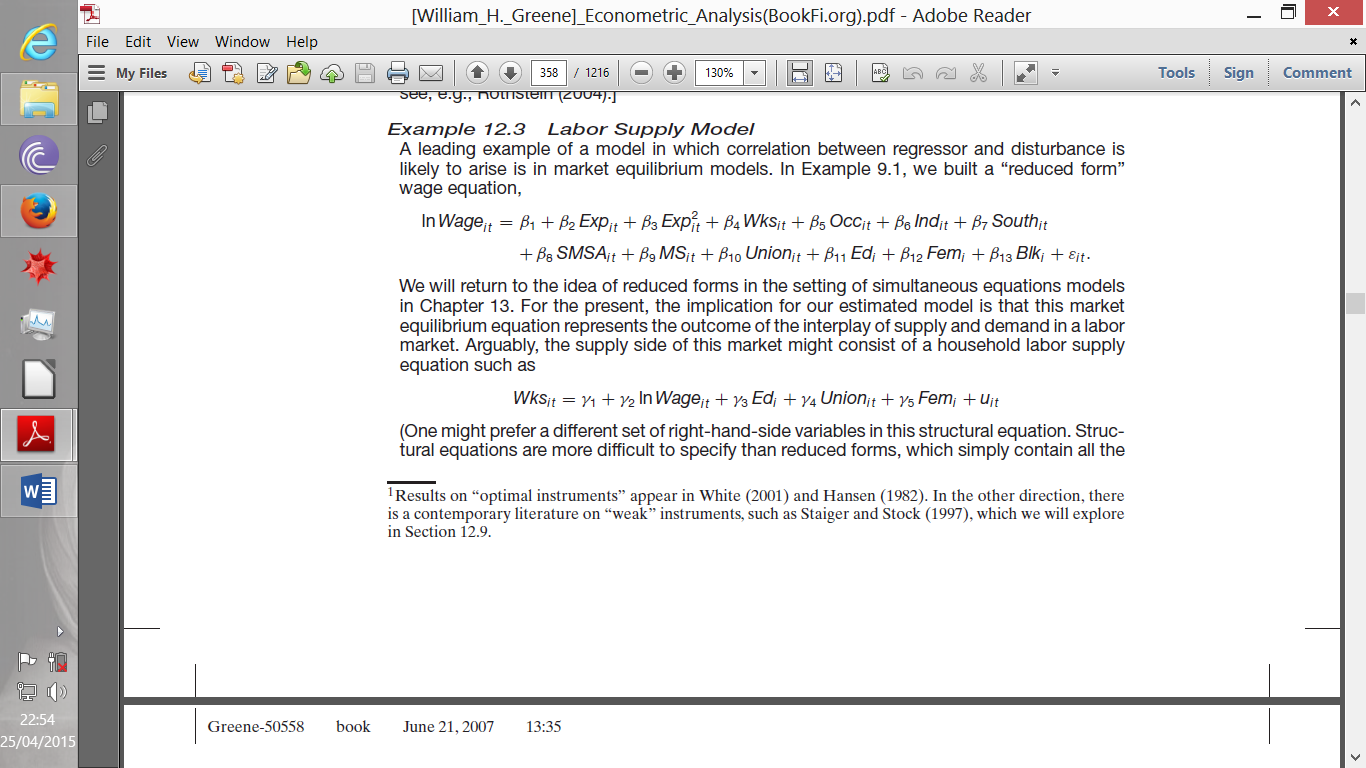 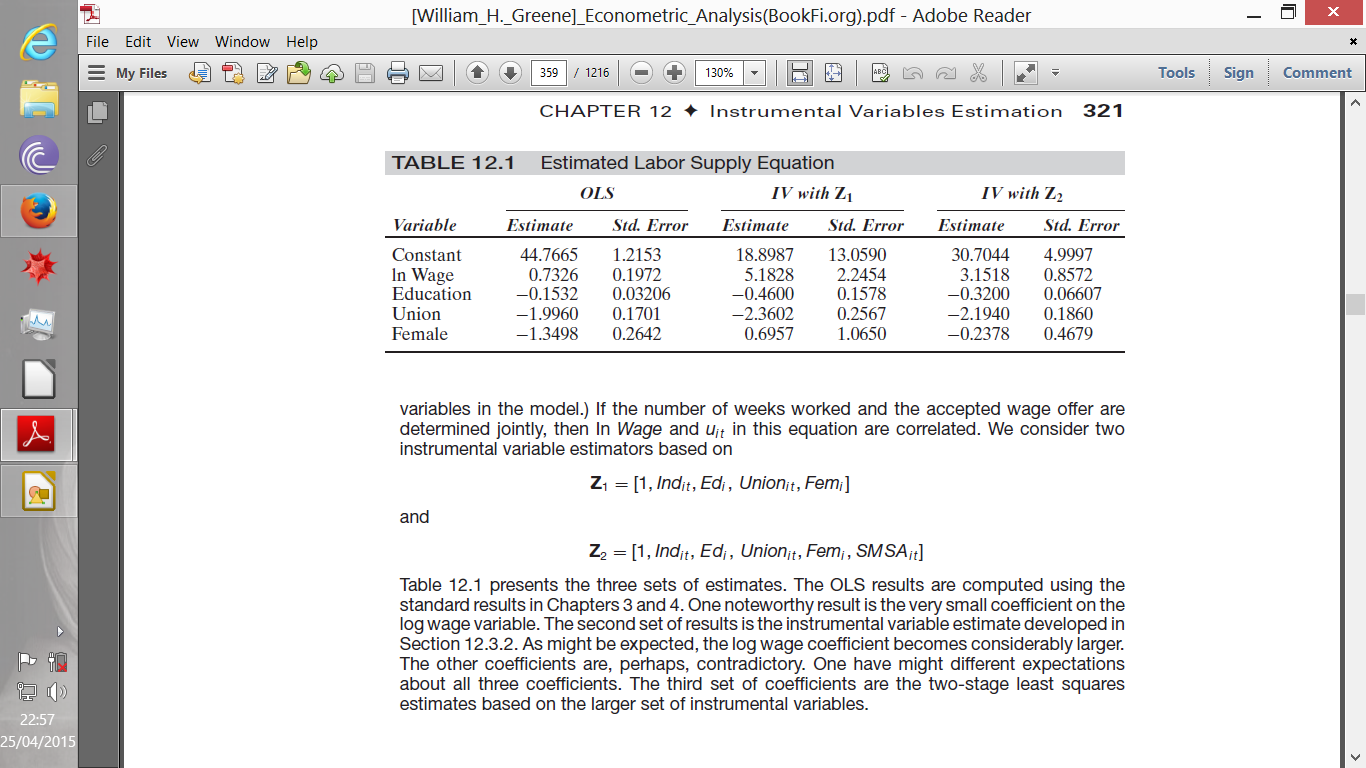 Here's a toy example. Suppose we have a demand for cab drivers that depends on weather, which we don't observe as econometricians. Rain shifts the demand out and sunshine shifts the demand in. If nothing else changed, the sequence of observed (wage per hour, hours worked) pairs would trace out the labor supply curve.* But weather also shifts the supply curve itself, because it changes the opportunity cost of leisure. Sun shifts the cab driver supply in and rain shifts it out.

In the supply equation, $u$ is the weather. But weather also changes the demand, which has a price effect. In this model, you can see that the wage-hours gradient will be biased downward relative to the supply curve, and may even slope the wrong way, because of the correlation between $u$ and the observed wage.

In this example, an instrumental variable that you would need to estimate the supply equation elasticity would be something that shifts around demand, but does not touch supply. Then you would only use the part of the wage variation induced by your instrument, and ignore the rest. One example might be a strike by public transit workers, but that may not work since it makes it more difficult for cab drivers to pick up to their cabs. Good instruments are hard to find.

*Obviously, the weather does not alter the price of a cab ride. But you can assume that there's less down time when the weather is terrible, so the effective wage is higher.

Not the answer you're looking for? Browse other questions tagged regression econometrics instrumental-variables or ask your own question.