Confused by location of fences in box-whisker plots

In one type of box-whisker plot, the fences at the ends of the whiskers are meant to indicate cutoff values beyond which any point would be considered an outlier.

The standard definitions I've found for these cutoff values are

So far so good.

This does not agree with the vast majority of BW plots I see out there. Of course, for some of these plots the ends of the whiskers are supposed to represent the min and max values, so the comments above do not apply to them. But there are many other cases in which the fences are meant to denote the criterion for classifying points as outliers, and are supposedly based on formulae like the ones shown above, but nonetheless the resulting whiskers have different lengths. (For example.)

1 By "length of the upper/lower whisker" I mean, of course, the distance between the point where the whisker meets the box and the whisker's "free" end-point.

So, in short, the definitions for the whiskers, $q_3 +k \times IQR$ and $q_1-k\times IQR$, only represent the maximum extent to which the whiskers could go, if there were data points at those values. Thus they don't have to be (and rarely are) the same length. 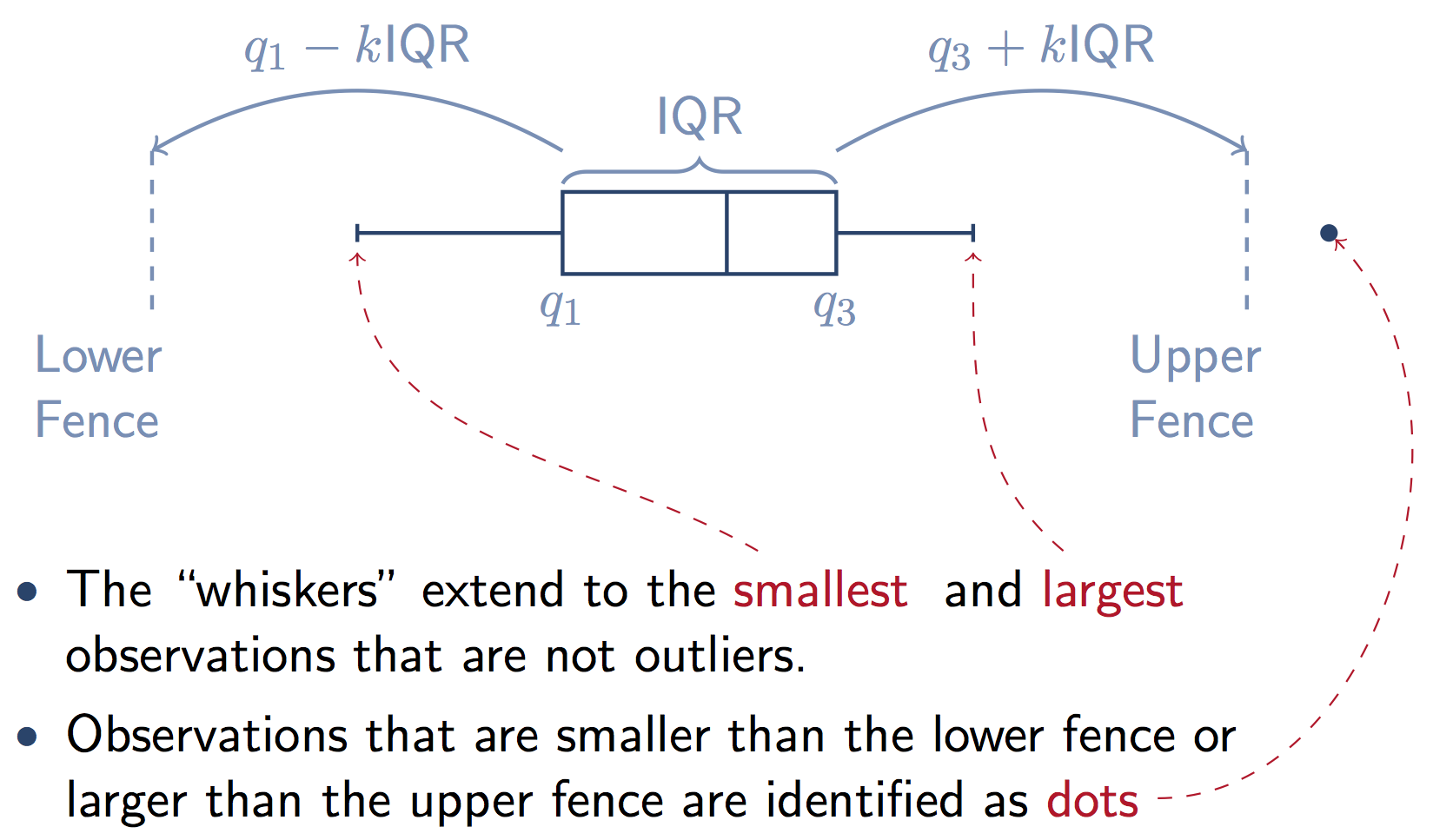 You seem to be confusing whiskers and fences. Whiskers represent data points, fences do not. Since the data points can lie pretty much anywhere (subject to the distribution they follow...), it is not surprising that the results would be asymmetrical. On the webpage that you linked, there is only one plot that shows true outliers (the one labeled "outliers" approximately in the middle of the page). You can infer the position of the fences from this picture, because the whisker ends inside the fence, and the dots are outside.

I am going to go straight to the point: let's say your data is positively skewed, (example : some Chi-Square distribution) there is no outlier on the left side while you might have few on the other side.

Moreover, if the data is not distributed as far as 1.5*IQR, your box plot will be shorter than 1.5*IQR on one end.

In this case, a box plot with 1.5*IQR on both sides would misrepresent the data because the range would be larger (at least on the shorter side) than it is!! 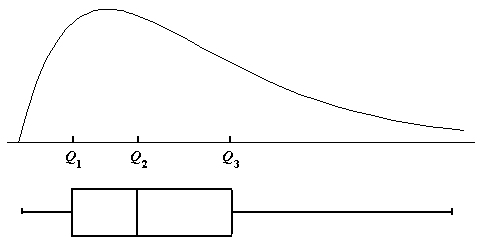 Not the answer you're looking for? Browse other questions tagged outliers boxplot or ask your own question.

7
Why does Tableau's Box/Whisker plot show outliers automatically and how can I get rid of it?

5
Negative inner fence value in a box and whiskers plot?
4
Boxplot interpretation: is it correct that a boxplot is missing a whisker?
3
Box plot with just two values does not have its whiskers in R
7
Why does Tableau's Box/Whisker plot show outliers automatically and how can I get rid of it?
4
How to interpret whiskers of a box plot when there are outliers?
2
Boxplot with whiskers close to zero
12
Reading box-and-whisker plots: possible to glean significant differences between groups?
5
How to deal when you have too many outliers?