OpenBUGS example: Stagnant, a changepoint problem and an illustration of how NOT to do MCMC! - Why is the second parameterization better? 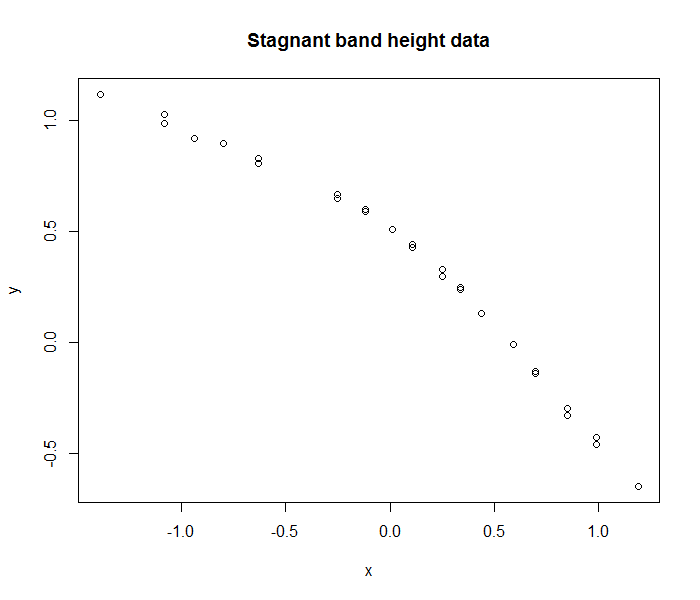 Based on above plot, we might expect that $\beta_2$ is smaller than $\beta_1$ - deeper drop at later part, and the changepoint $x_k$ is around 0.

The example illustrates two parameterizations in terms of modeling the changepoint.

The example points out one issue as following.

Note: alpha is E(Y) at the changepoint, so will be highly correlated with k. This may be a very poor parameterisation.

The results now did get better, as shown in following.

To fully understand this example, I have following questions.

Browse other questions tagged bayesian mcmc change-point open-bugs or ask your own question.

5
In Bayesian analysis, how to sample from full conditional given uniform prior and normal data likelihood?

5
In Bayesian analysis, how to sample from full conditional given uniform prior and normal data likelihood?
4
Combine overlapping Gaussian distributions
4
Truncated Dirichlet process vs Dirichlet distribution
4
How to build a Bayesian regression model of a response that is a Gaussian mixture
12
Why does the redundant mean parameterization speed up Gibbs MCMC?
2
Variational Inference of Univariate Gaussian mixtures
1
If we take estimated parameters from an MCMC and plug it back into the likelihood to draw new observations, what does the histogram approximate?