Evaluating and combining methods based on ROC and PR curves

I am evaluating and combining a few binary classification models. I am using the ROC and PR curves to evaluate their performance. The problem I am having is that as I try to improve the method, I am improving the AUC-ROC but the PR curve suffers. For example: 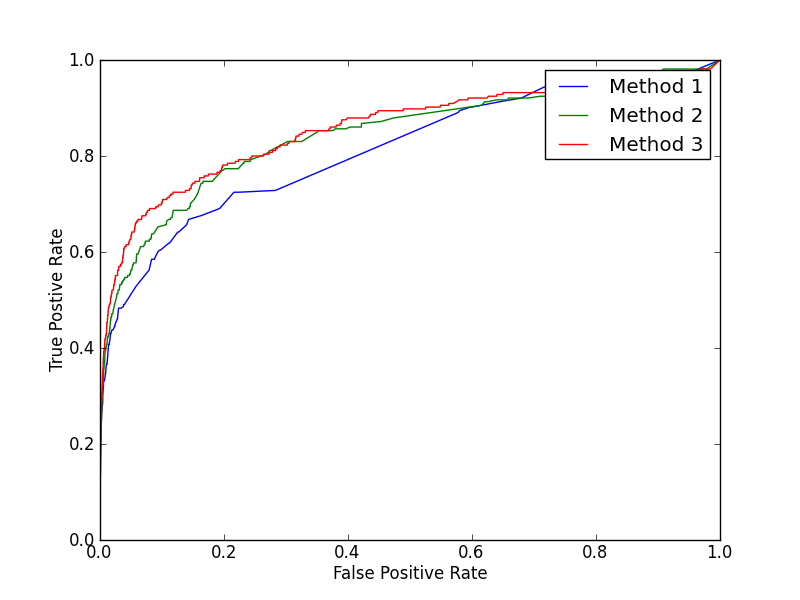 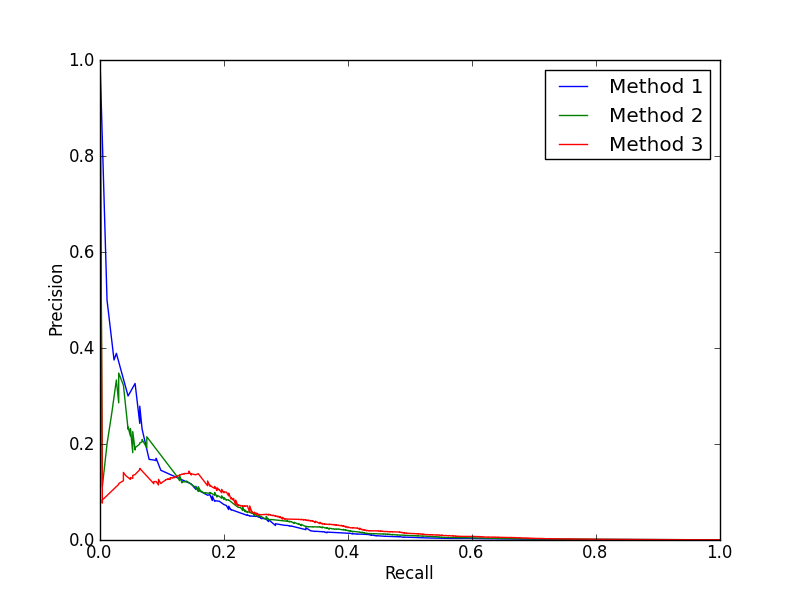 As an aside, I am actually adding a weak learner to Method 1 to arrive at Method 2, and then adding another weak learner or two to arrive at Method 3. When I was only evaluating AUC-ROC, it looked fine, but when I saw the PR curve, it seems I have been degrading the performance. Now it seems that the weak learners are doing better at points lower in the ranked list. But this is only for one dataset training/test split. What would be a principled way to investigate what is going on and come up with a way to use the weak learners so as to improve both ROC and PR curves?

To visualize this, I am showing the weak learner that I am adding to Model 1 to arrive at Model 2 here: 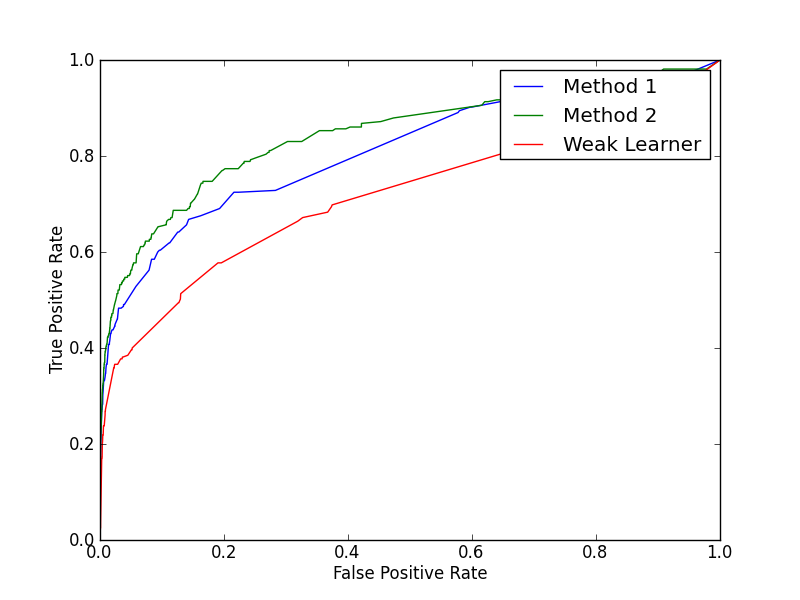 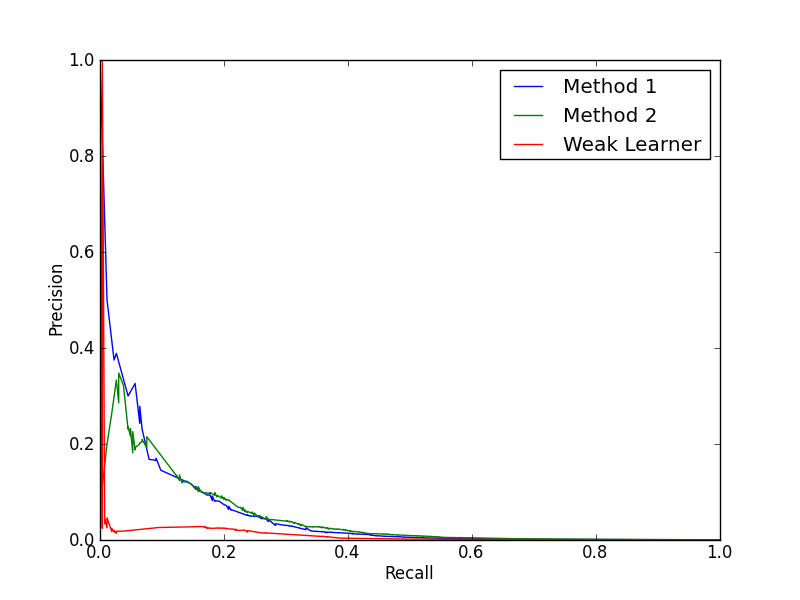 I will state a few things about the ROC / PR spaces that are surely evident for you but that I prefer to make clear.

The "horizontal slices" in the ROC space correspond to "vertical slices" of PR space. From the above equality, it is easy to see that when in the ROC space a curve (eg the red curve of your first graph) is on the left of a second one (the green curve), in the PR space the corresponding (red) curve is above the (green) curve.

This is the case in your second graph, except for Recall values $< 0.1$. The corresponding part of the ROC curves in your first graph is for Se $< 0.1$ which is "glued" to the $y$-axis, and you can’t see anything. Here the advantage of the PR space is that it helps visualizing this area.

So I don’t see contradiction in these results : method 3 is indeed better than the two others, except for Sensitivity / Recall values $< 0.1$, which correspond to very high Specificity values.

The morality is that the way you improve your classifier slightly degrades its performances when you demand it to have a very high Specificity.

These are quite trivial reflexions, but who knows, this can help?

Deviance (or -2 log likelihood) is the most statistically sensitive measure. I would use that to compare models.

For imbalanced classes using AUC as a measure of classifier performance, rather than (0,1)-loss can be misleading. See for example Xue and Titterington "Do unbalanced data have a negative effect on LDA?". For two-class classification the (0,1)-loss is usually the loss of real interest, so you may find that working directly with that loss, rather than AUC, is more informative.

I eventually resorted to using logistic regression (and similar models like adaptive splines) etc. to combine the scores. I think the idea is that of stacking and has been used before, e.g., here and here.

Not the answer you're looking for? Browse other questions tagged roc precision-recall or ask your own question.

6
Is it valid to select a model based upon AUC?

209
ROC vs precision-and-recall curves
23
Did I just invent a Bayesian method for analysis of ROC curves?
1
Combining Receiver operating characteristic (ROC) curves
2
Is my AUC too good to be true?
6
When are ROC curves to compare imaging tests valid? (Focus on the example below)