Can you solve (avoid) an autocorrelation problem by adding an independent variable?

I am working on modeling what amounts to a time series, the DV is measured 40 times a day on 40 different days--- the actual timing of measurements on a given day varies, and the number of days between these sessions also varies.

I am told that with such data (this is a single participant case study) autocorrelation is expected to be a problem, and so we should 'worry' about it and try to account for it. However, in my regression model I see no signs of autocorrelation in the residuals-- either when looking at an ACF plot or when using the Durbin-Watson test. I thought--- how can this be, if apparently its 'always' a problem? Then I saw that if I remove a certain independent variable, namely the session # itself, then I do see serious autocorrelation. Compare the models and ACF plots below: 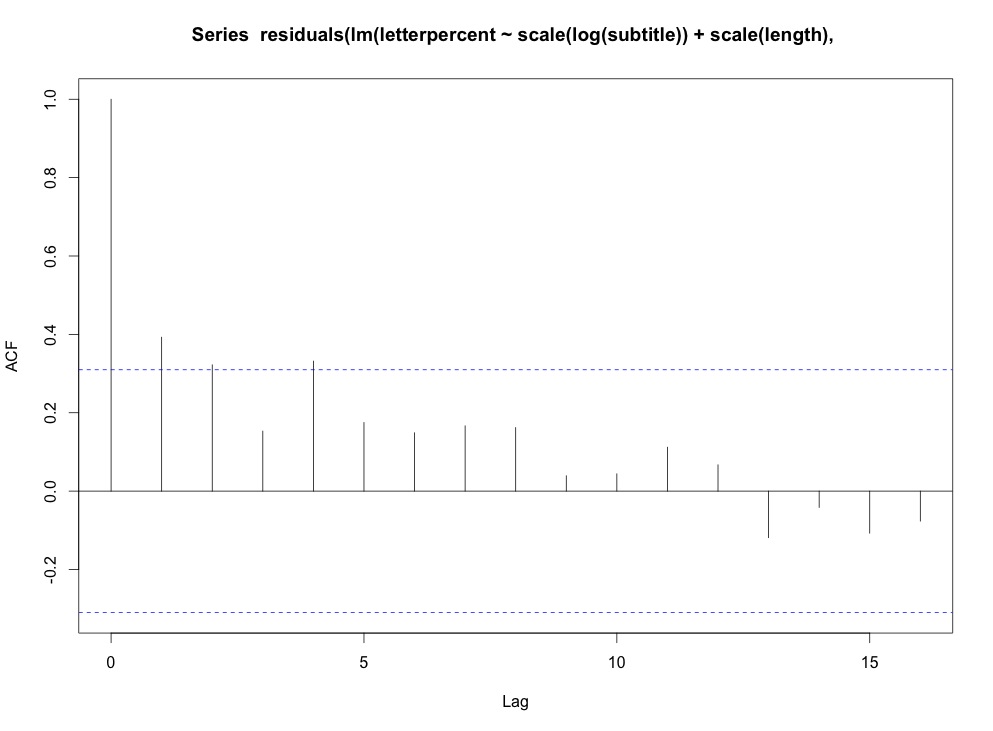 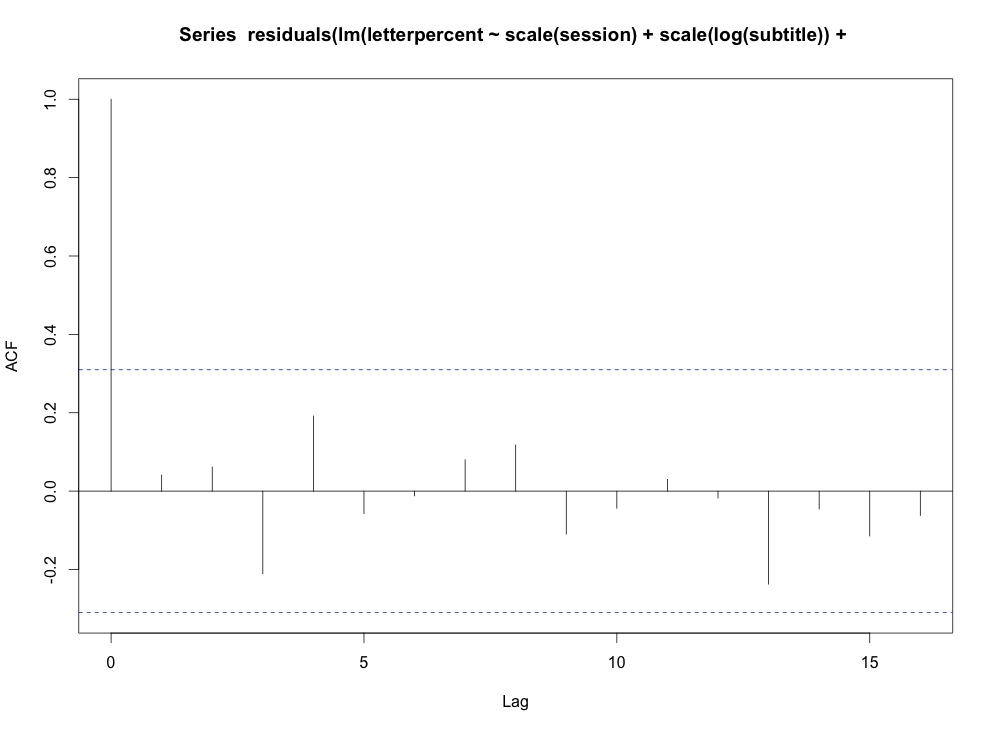 You can see that in the first ACF plot, lag-1 is significant, and there is a clear decreasing trend, whereas in the second the lag-1 is tiny and there is no obvious trend. The different between these models of course, as you can see at the heading, is that the latter includes session # as an independent variable.

Is it WRONG for any reason to include that variable (session)?? It is of interest-- we want to know if the dv is changing with session, so a priori this is the model I designed. And if that is okay, which I can't see why it wouldn't be, then I don't understand why everyone doesn't just "solve" autocorrelation issues in regression by including an independent variable that 'captures' the non-independent nature of the trial structure. Any thoughts/comments on this are VERY welcome, I have to wrap my head around all of this before I can start writing a paper about our results!

Yes, you can sometimes solve an autocorrelation problem in a regression model by adding a variable, if it's the right variable.

Or, as you've demonstrated, you can create autocorrelation problems by dropping a variable.

Most forecasting books are likely to have an example. If you want a specific reference, Hanke and Wichern, Business Forecasting, 9th edition, page 347.

When there is a concern about autocorrelation, a common approach is typically to adjust the standard errors. Newey-West errors are built in most regression packages. With your adjusted standard errors, you can compute new t statistics and perform any hypothesis testing you need to do.

In terms of suggesting whether to add a variable or not, I don't have a very good sense of what these variables are. I take it the session number is like a time trend. Including time trends is a common approach in the literature.

Not the answer you're looking for? Browse other questions tagged regression autocorrelation or ask your own question.

7
How to determine the critical values of ACF?

9
Can I trust a regression if variables are autocorrelated?
6
How to perform pooled cross-sectional time series analysis?
11
Why ever use Durbin-Watson instead of testing autocorrelation?
1
Time series-Minitab-fixing Autocorrelation problem using first difference
0
Removing autocorrelation when dependent/independent variables are unknown
0
Detrending inputs still produces uncorrelated residuals but Durbin Watson is still low
1
When do you use the Dickey Fuller Test and the Ljung-Box Test?